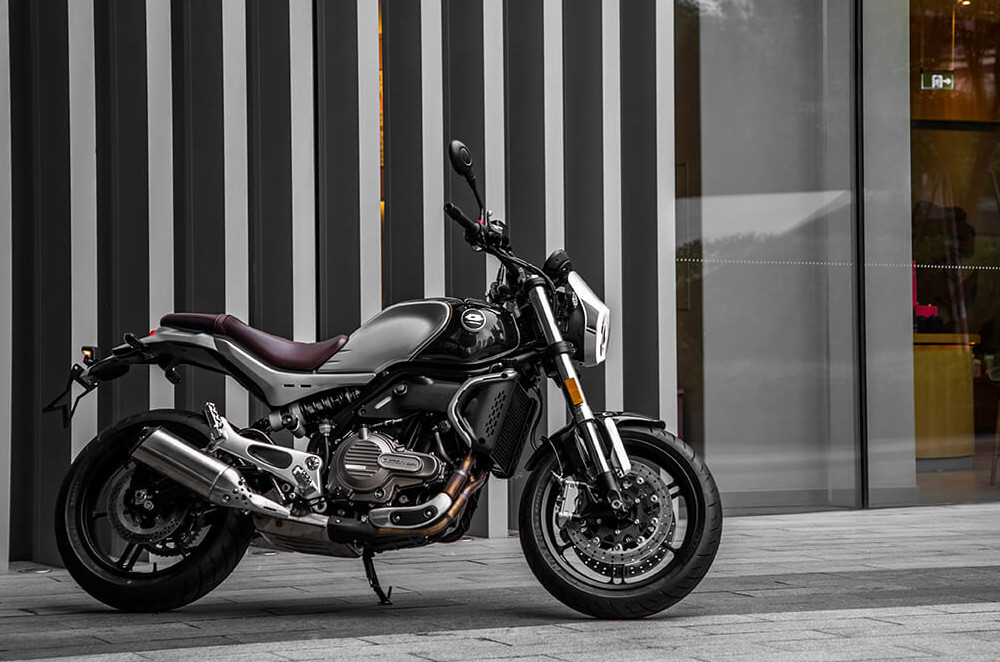 The Chinese motorcycle company QJ Motor made it abundantly clear that it meant business in the international market during the several motorcycle fairs and expos staged throughout the world in the run-up to the 2023 model year. QJ Motor has been introducing new models left and right, with a large number of them anticipated to enter the market in 2023, under the same banner as Benelli, an Italian brand with Chinese ownership that has recently demonstrated a lot of prowess.

The SRV 550, the company's newest neo-retro roadster, is an excellent illustration of this. The roadster adopts a sportier, cafe-racer style to set itself apart from its cruiser sibling, the SRV 550 ST, and is equipped with robust bodywork, dual-disc brakes, and an inverted front fork. The SRV 550 differs in terms of style from the larger bikes in QJ Motor's portfolio with a two-tone finish on the fuel tank. A tiny flyscreen, top-stitched saddle, and a circular LED headlamp are some further nods to the bike's retro-inspired design inspirations A 554cc parallel-twin engine with 35 lb-ft of torque and 47.6 horsepower is used by QJ Motor in its model lineup. More specifically, the SRV 550 ST, SRT 550, and the GS550 sportbike all run on the same engine. It sends power to the rear wheel via a six-speed manual transmission with a chain final drive. Other than that, the bike rolls on front and rear 17-inch wheels covered in road-oriented rubber. The rear suspension consists of a preload-adjustable monoshock, while the front suspension consists of 41 millimeter inverted forks.

With a dry weight of 193 kilograms, the QJ Motor SRV 550 is considered somewhat hefty for its displacement class. However, a bike such as this is more intended for mild to moderately active riding in a fashionable packaging than for sheer performance. Priced at 6,790 Euros—approximately P400,000QJ Motor sells the SRV 550 in three two-tone color schemes that include black, gray, and blue.