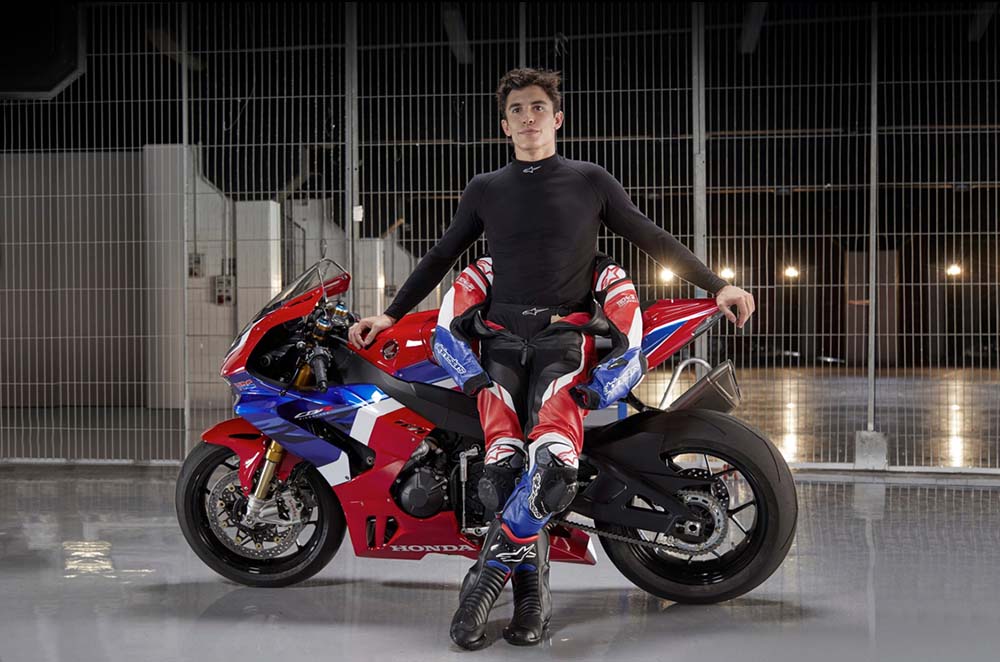 The Honda CBR1000RR-R Fireblade SP has been getting a lot of buzz ever since its release. It has bagged the prestigious Red Dot Design award not only for its design but also for the creative process involved in building it. The Fireblade is the culmination of years of success in the MotoGP races sharing the same characteristics as Marc Marquez’s RC213V race bike. Unfortunately, the COVID-19 pandemic has been hampering manufacturers including Honda from participating in motorcycle shows where they would usually display their latest motorcycles giving their customers first-hand experience with it. Lucky for us, Honda has been utilizing the digital space to show off its latest offerings. Now, the Japanese brand is treating us with a 360-degree POV video of Marc Marquez taking the new Fireblade around the track. Marc Marquez has been one of the most successful riders of all time and he’s been known to win countless MotoGP races. The Fireblade is the closest thing that Honda can offer us to a real MotoGP race bike. Marquez is a cut above the rest and whenever he wins races, Honda sells more motorcycles.

Thankfully, the attached 360-degree allows you to control the video feed throughout Marc Marquez’s lap around the Circuit de Barcelona-Catalunya. Built in 1991, this famous race track, known for its long straights and variety of corners, the Circuit de Barcelona-Catalunya has been considered as an all-rounder circuit.  The video allows you to point the camera at the track, the instrument cluster, or even at Marc Marquez himself and try to pick up his shift points, how much throttle he puts out, or any of his subtleties that make him a champion racer. Honda has given us a chance to experience firsthand the famous Spanish track that has been known to have hosted MotoGP races since 1992. It’s practically like taking a virtual tour around the track with none other than one of the best drivers around to pilot the Honda Fireblade.