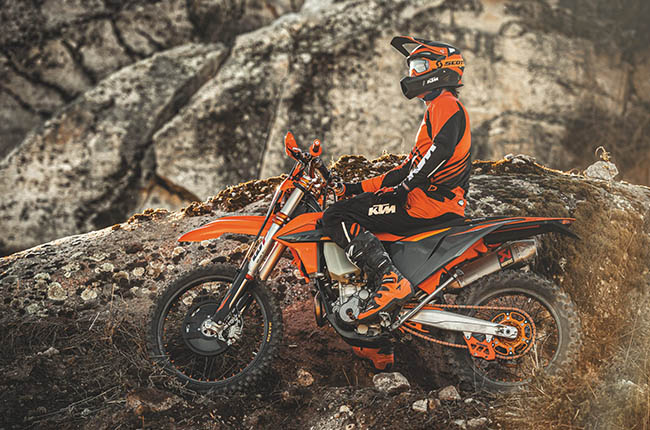 KTM motorcycles have just launched its latest fleet of enduro bikes for 2021 and off-road trail lovers should rejoice with KTM’s latest offerings. The EXC model range is considered as among the best motorcycles in the world for enduro sports and is highly sought after by amateurs and professional riders just the same. Their decades of experience and expertise from the World Enduro Super Series (WESS) Enduro World Championship has molded the shape of KTM’s EXC lineup. 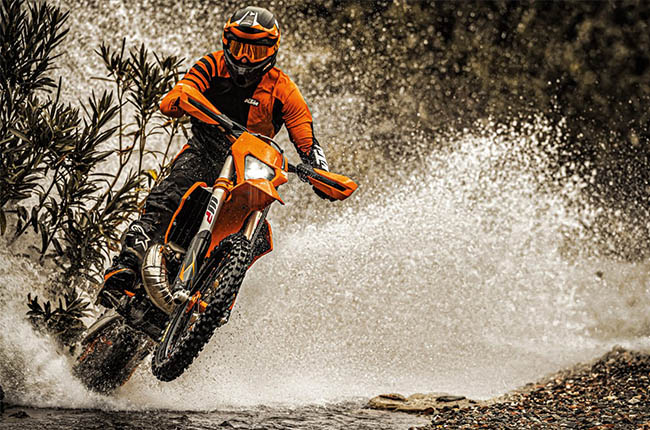 For 2021, they’re introducing a combination of three 2-stroke models with their ground-breaking transfer port injection (TPI) system and four 4-stroke models made for adult riders and racers of all ages and abilities to be properly equipped to suit their needs whether as a weekend trail machine or for competition races around the globe. The EXC lineup for 2021 now features new livery with major upgrades on its WP suspension components and engine reinforcements. 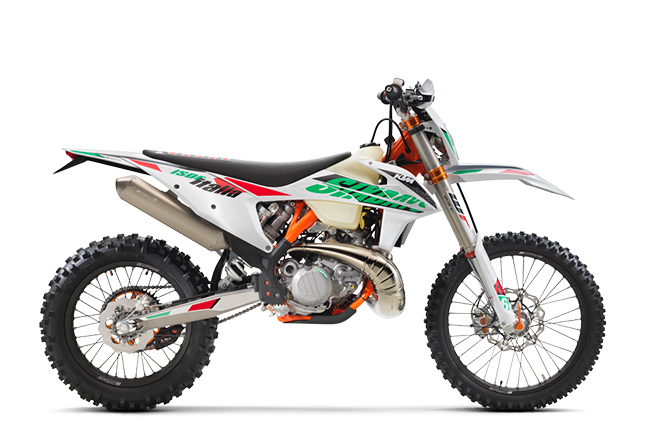 For the EXC’s 2-stroke lineup, 2021 is KTM’s fourth year of its advanced and electronically controlled 2-stroke fuel injection system. With TPI technology, re-jetting or concern fro the climate, altitude, or other conditions are now a thing of the past as applied lubrication is now done automatically and electronically. In other words. TPI extended the possibilities for performance, rider sensation, and power delivery right into the rider’s hands bringing back the 2-stroke engine from potential obsolescence. 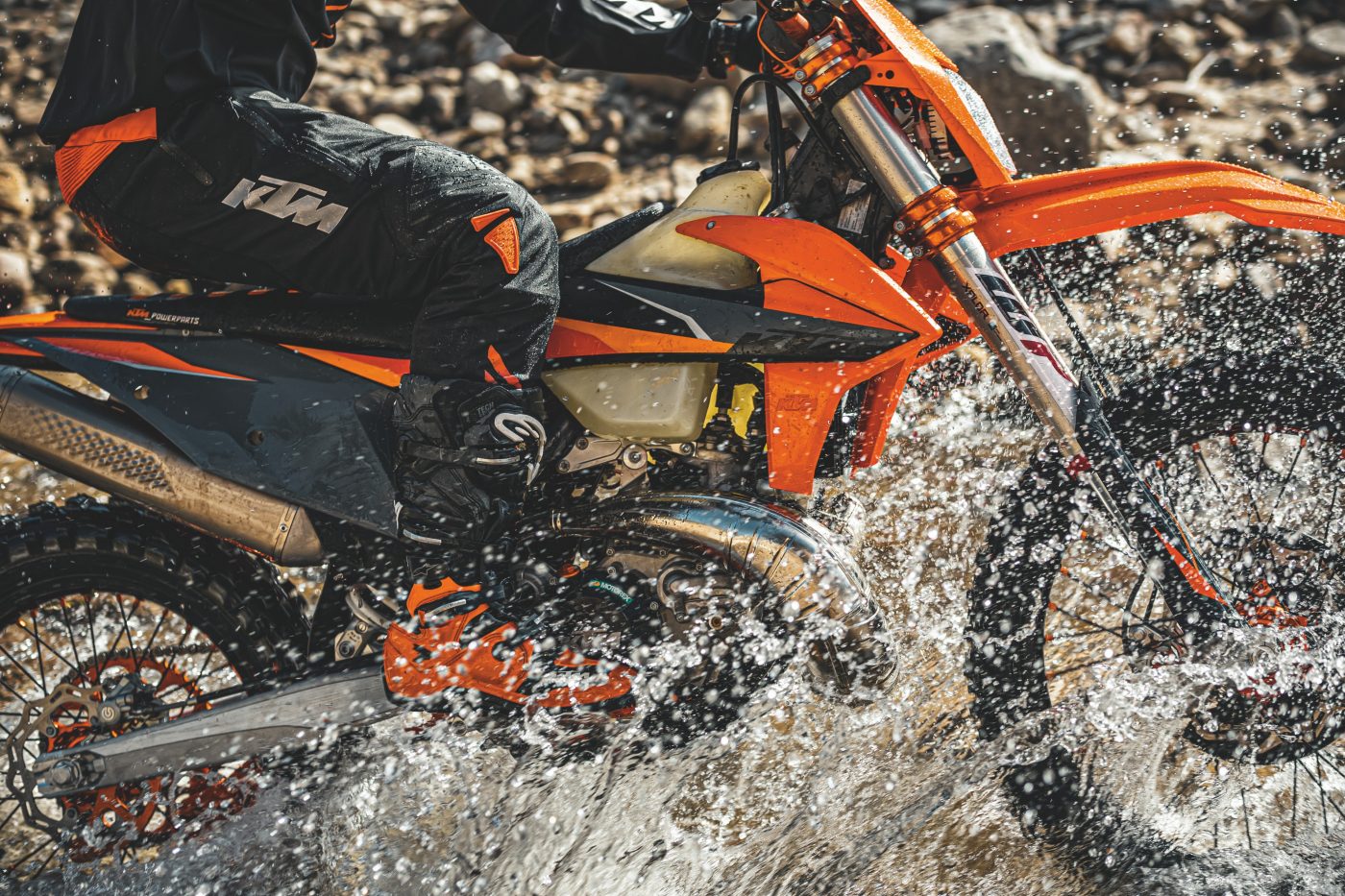 The KTM 300 EXC is the leading 2-stroke motorcycle from its lineup that delivers an impressive power-to-weight ratio and superb handling to tackle the needs of every rider no matter the skill. It comes with an additional preload adjuster for its performance spec WP XPLOR front fork allowing the rider to easily set the changes for varying track or trail conditions to suit his needs just like the rest of the EXC motorcycles within the 2021 lineup. 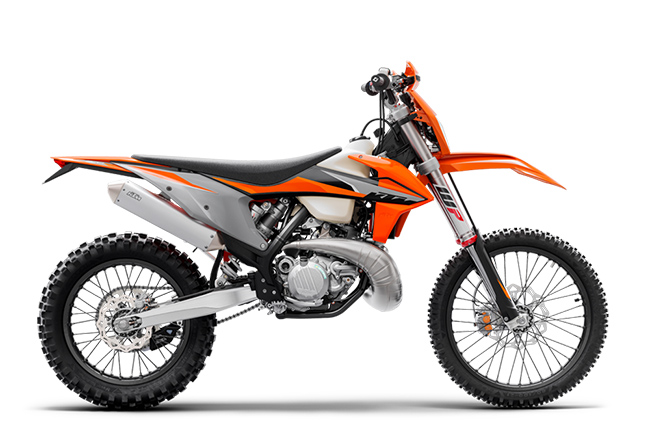 The KTM EXC also comes in Six-Days and ErzbergRodeo limited-editions designed to conquer the world’s toughest trails and most grueling races. The KTM 300 TPI ErxbergRodeo is a tribute to the iconic ErzbergRodeo Red Bull Hare Scramble, one of the toughest enduro races held in Austria, that features a long list of special parts to reinforce its Ready-To-Race DNA. Meanwhile, the KTM EXC Six Days range still continues to deliver from a tradition that sees KTM enhancing its enduro motorcycles with a series of machines that are Ready-To-Race. It pays homage to its continued support to the historic International Six Days Enduro competition with a race-winning package straight out of the box. For its 4-stroke models, KTM’s EXC-F series still remain as among the most sought after and the best enduro machines out in the market. This is evident with KTM’s presence near the top of the standings of almost every enduro race making it an excellent choice for enduro riders no matter the skill range. 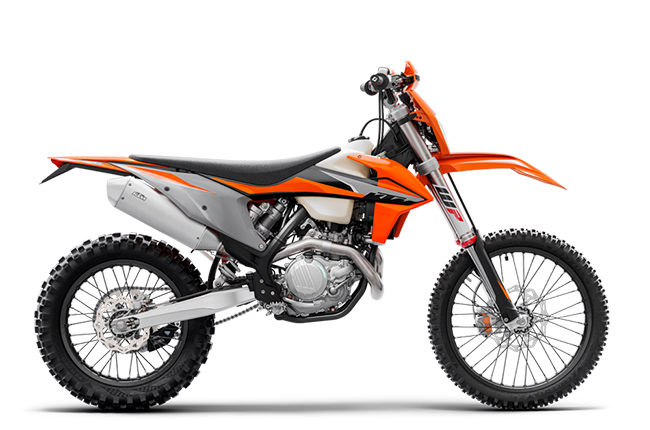 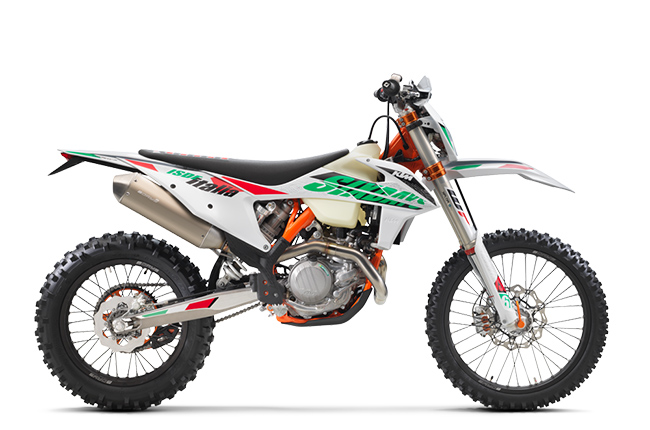 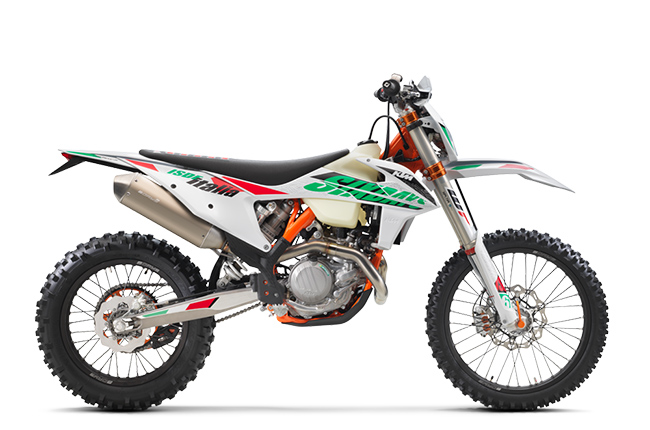 The KTM 350 EXC-F is considered as the sweet spot in the range possessing the power of a 450 while having the nimble handling of a 250. Meanwhile, the 450 EXC-F and the 500 EXC-F are enduro powerhouses that now take advantage of reworked shift lockers, improved WP performance suspension, and a set of brand-new livery. KTM also offers a dedicated lineup of KTM PowerWear and PowerParts to deliver to bring you the best performance and protection for their riders. KTM’s new EXC enduro lineup is expected to arrive in KTM’s network of dealers starting from July onwards.