KTM Philippines lists the 2022 RC200 and RC390 on its website alongside its predecessors. The new supersports come loaded with upgrades that make it a marked generational improvement. With an all-new design, the RC series gets a new face, fairings, frame, along with a host of performance upgrades that further sweeten the package that the RC series offers. The RC200 still retains its 199.5cc single-cylinder engine that pushes out power in the ballpark of 25 hp. The same can be said for the RC390, with its 373cc single. Both singles are now updated and are said to be smoother than the models that they replace. We’re still seeing the same platform with regard to its engine, but the frame that cradles it now features a bolt-on subframe for ease of replacement should the bike meet an unfortunate accident. KTM also gave its technology package an upgrade. While the RC390 gets a TFT display, we won’t see such a luxury on the RC200, but it’s close. Instead of the old display that many KTM owners are quite familiar with at this point, the LCD cluster is now updated for the 2022 year model, featuring a frame that is more like the TFT, and less like the old-style LCD with a round-ish shape. Owners who want the sportbike look but don’t want to compromise on riding comfort may adjust the handlebars of the new RC. With multiple points of adjustment, the bars can be set higher, wider, or lower depending on rider preferences. The forks that the bars are attached to measure in at 43mm, but are non-adjustable, unlike the RC390. The rear mono-shock is, however, pre-load adjustable on the RC200. The bike also gets a Supermoto mode, which turns off the rear ABS system and allows the rear to lock up and play a little more should the rider desire it. Speaking of the braking system, KTM also lightened the wheels and brakes to lessen the amount of unsprung weight on the bike. On top of this, the Austrian brand also lightened everything else on the bike, resulting in a dry weight of 151 kg. 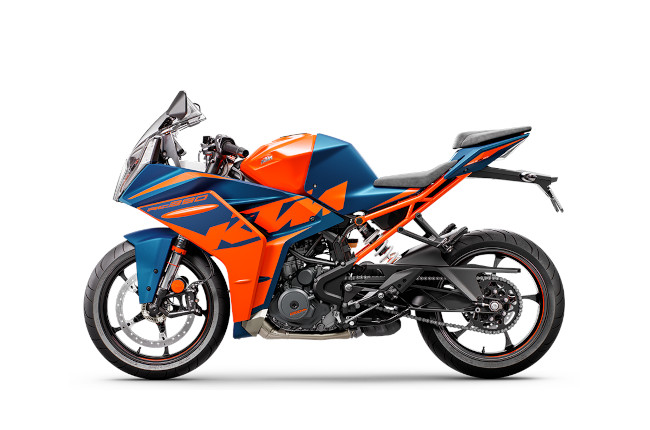 It will be some time before the KTM RC200 and RC390 gets a proper launch in the country, however, for those that want to discover the bike and all that it has to offer, it’s listed on the website in full view with an all-new look, all-new features, and an all-new price tag that is yet to be revealed—so we expect.