When Kawasaki introduced the Z H2 in the global market last year, they took naked bike performance to the next level. Featuring the same 998 cc supercharged engine found on the Ninja H2, the Z H2 churns out a whopping 197 hp. This massive horsepower figure propels the naked bike from 0-100 in under 3 seconds. Needless to say, Kawasaki had created the ultimate naked street fighter, and was pretty much now the king of hyper nakeds.

That being said, Kawasaki isn’t willing to let go of pole position as far as naked bikes are concerned. In fact, Team Green has updated the Z H2 for 2021, and it’s better than ever before. The 2021 Kawasaki Z H2 SE now comes with more premium componentry that improves safety and comfort, but also retains the bike’s high performance nature. In fact, the updates on the bike accentuate its performance, rather than mute it. 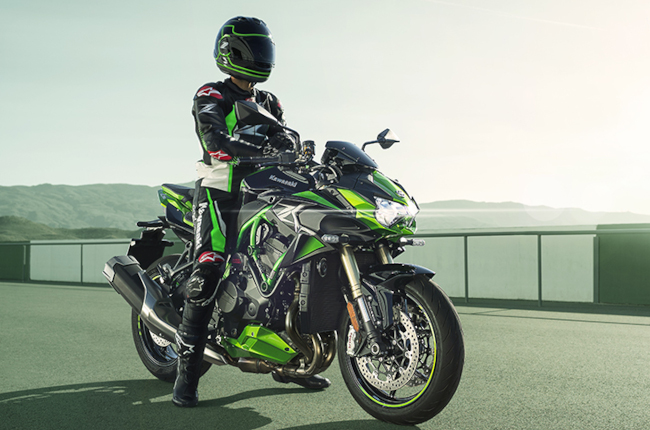 To top things all off, and to complement the suspension upgrade, the Z H2 SE also gets beefier brakes. Equipped with a pair of 320mm discs upfront, stopping duties are well accounted for by way of Brembo Stylema Monobloc calipers. In the US, the upgraded Z H2 SE comes at a $2,200 (P110,000) premium,raising the bike’s price to $19,700, or the equivalent of P985,000. If ever the Z H2 SE does make its way to the Philippines, chances are we’ll see the price soar to well over the P1-million mark, after duties and taxes have been accounted for. As of the moment, there still isn’t any word as to whether or not the Z H2 SE will make it to the local market.