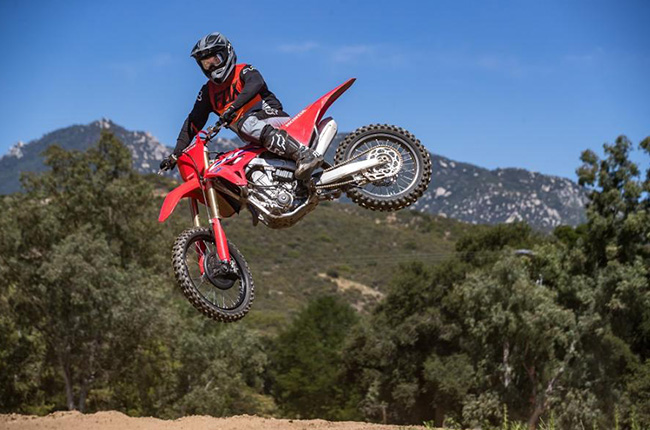 Two of Honda’s top performance motocross bikes, the CRF450R and the CRF450RX get some major updates undergoing significant improvements and development, both for 2021 and in the last three years. This year, with two of its 2021 year model dirt bikes practically getting an overhaul, Honda is in a quest for dirt bike supremacy for the years to come. The new motocross machines get a new frame and swingarm, and changes on its geometry and suspension were made designed to give you better handling. A weight-saving regimen was also given the bikes to improve cornering performance. Its 2021 engine also gets some intake and exhaust upgrades, a new decompression system plus a single exhaust muffler to boost and smoothen out low to mid-range driveability. For the 2021 Honda CRF450R’s chassis, Honda had a development theme in mind, which was “Razor-sharp Cornering”. This helped them significantly slim down the new machine to just 105kg. They achieved this by revising the frame and subframe which are now optimized to work with a revised swingarm that boosts rigidity, balance, and ground clearance.

The 2021 CRF450F carries the same power plant as its 2020 version which churns out 53.3 hp at 9,800 RPM and 43.6 Nm of torque at 6,900 RPM. However, Honda refined the engine and made it more usable by optimizing its fuel injection system, air-box, launch control, and Honda Selectable Torque Control (HSTC) for 2021. Its new clutch now features a large volume hydraulic unit that supersedes the previous year model’s cable operated system. This gives the lever an improved and consistent feel effectively reducing rider fatigue. The new motorcycle now uses a single muffler setup which saves over a kilogram of weight, and now includes a downpipe that sits closer to the bike’s centerline and twin resonators to reduce noise and help increase its overall power. For its electronics, the CRF450R first gained HSTC in 2020 and the system is carried over for 2021. It minimizes rear wheel spin, maximizes traction without using a wheel speed sensor, and critically maintains feel at the throttle while managing power. Its ignition timing is mitigated and the PGM-FI controlled when the rate of change of RPM is detected to have gone over a significant set amount. It has three selectable modes namely:

Mode 1 — which intervenes mist lightly and after the longest time reducing wheelspin and maintaining control in tight corners;

Mode 2 — which naturally offers a midpoint between 1 and 3 in terms of speed and strength of intervention; and

Mode 3 — which gives quicker intervention and is used ideally for more slippery and muddy conditions. The selectable HSTC system can be controlled with the HSTC button located on its handlebars with LED indicators.

The new CRF450R also comes with selectable Launch Control by HRC which gives you the best option for a strong start with three selectable modes to choose from namely:

Its Engine Mode Select Button alters the engine’s characteristics with three mapping modes to suit the riding conditions and skills of the rider with Standard, Smooth, or Aggressive. Just like the CRF450R, its enduro sibling, the CRF450RX gets the same upgrades for 2021. Its comprehensive update was gained from the direct experience gained by Tim Gasjer and HRC’s 2019 championship-winning team. It is now 2.3 kg lighter and features a new frame, swingarm, and changes to its geometry and suspension give it improved cornering performance. It gets the same engine updates as the CRF450R with its new intake/exhaust updates, and a new single exhaust muffler. It now also has compact plastics and a smaller seat unit to increase freedom of movement. 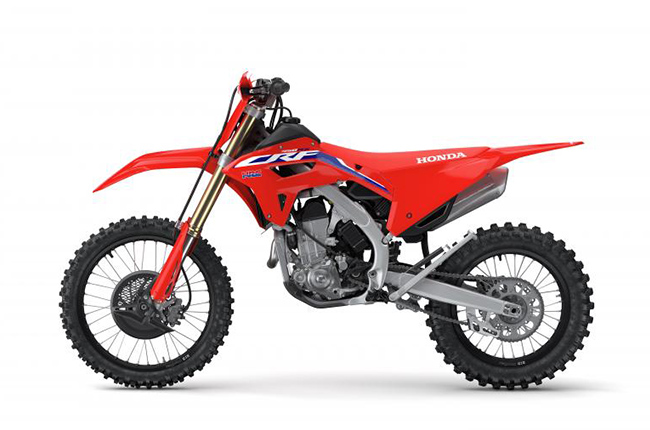 With all the major improvements Honda made with its top motocross and enduro machines, the CRF450R and CRF450RX, we can expect these machines to give the competition a run for their money once they go head to head on the dirt track.