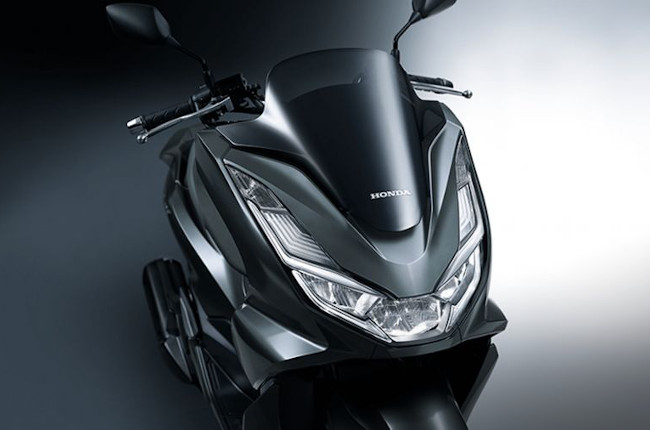 Honda launched an updated version of its popular PCX scooter in Japan last month. Boasting a bump in displacement, the PCX 160 now produces a bit more grunt and torque, while remaining extremely efficient, especially at low to mid RPMs. This new iteration to Honda’s entry-level maxi scooter has begun making its way to neighboring countries as well. In fact, the new scooter has just been launched in Thailand, priced at 91,900 baht, or the equivalent of P146,474, for the base model, and 107,500 baht, or P171,337 for the e:HEV hybrid variant.

The Honda PCX 160 is powered by a 156.9cc single cylinder engine equipped with Honda’s PGM-Fi technology. Rated at 16 hp and 15 Nm of torque, the new 160 engine was developed for improved performance and efficiency, given the new emissions standards being implemented across different regions. Apart from performance, the new PCX 160 has been bestowed a new, stiffer frame. An 8.1 liter tank ensures ample mileage in between fuel trips, and a 30.4 liter under-seat storage compartment is substantially larger than the outgoing model. As far as underpinnings go, the scooter is equipped with 14-inch front and 13-inch rear wheels wrapped in 110/70 and 130/70 tires, respectively. It also comes standard with ABS, and a combi-brake system for improved safety. The newly launched scooter now comes standard with Honda Selectable Torque Control (HSTC) or traction control—a feature not commonly found on other scooters of this level.

It’s also interesting to note that the new Honda PCX comes with an e:HEV variant, which is basically a hybrid scooter that uses an AC electric motor to boost the power of the internal combustion engine. In the PCX e:HEV’s case, it’s a 125cc engine coupled to an AC electric motor which bumps overall performance to 15 h and 16 Nm of torque, just like its gas-powered sibling. At the moment, Honda has yet to announce the launch of the new PCX range for the Philippine market. That being said, if you were to buy a Honda PCX 150 this instant, it comes with a sticker price starting at P133,900.