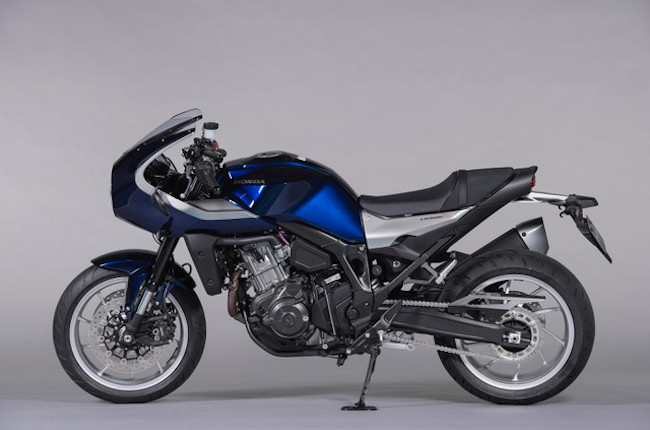 Honda fans were treated to a surprise when Honda unveiled the new Hawk 11 at the Osaka Motorcycle Show in March. We got a glimpse of the new bike in all its neo-retro glory, following the footsteps of other retro-inspired bikes in Honda’s model range. The Hawk, for those of you unfamiliar, was a popular UJM (universal Japanese motorcycle) model from the 70s that gained a following all over the world thanks to its styling, performance, and value for money.

This time, though, the new Hawk 11 breathes new life to the Hawk nameplate, and packs quite a punch. We knew that this bike would get the same engine as the Africa Twin and NT1100, however, this time around, Honda has officially revealed the new motorcycle’s specifications in the Japanese market. From a performance standpoint, the new Hawk 11 gets a 1,082cc liquid-cooled, fuel-injected, parallel-twin engine. Similar to the Africa Twin, the Hawk 11 churns out a respectable 100 horsepower and 104 Nm of torque. As expected, it comes equipped with a manual six-speed transmission, as opposed to the DCT on the Africa Twin Adventure Sports.

The Honda Hawk11 has been unveiled As for the features list, it comes equipped with pretty much everything you’d expect from a bike of this caliber. The new Hawk 11 gets LED light all around, as well as premium electronic rider aids. The throttle by wire system puts four riding modes on offer: Sport, Standard, Rain, and Custom, allowing users to tailor fit the bike’s safety and performance features to their liking. Included in the package are Honda Selectable Torque Control (HSTC) and dual-channel ABS.

The upcoming Honda Hawk 11 is underpinned by a simple semi-double-cradle frame, so don’t expect it to be a featherweight motorcycle by any means. The bike tips the scales at a rather intimidating 214 kilograms, and has a seat height of 820mm. Suspension consists of Showa Big Piston forks and a linkage-equipped rear monoshock. As for the brakes, Honda is throwing in dual front discs and a single rear disc, both of which coke equipped with dual-channel ABS. Chances are the ABS system will be rather basic, and can’t be switched off.

As for pricing and availability, Honda has announced the Hawk’s pricing in Japan for JPY 1,397,000, loosely translating to around P576,000. However, given how much tax luxury bikes are priced, expect the Hawk to fetch closer to P800,000, that is, of course, if Honda Philippines imports the bike here in the first place. In Japan, the Hawk is available in two color options consisting of Pearl Hawk Eye Blue and Graphite Black.