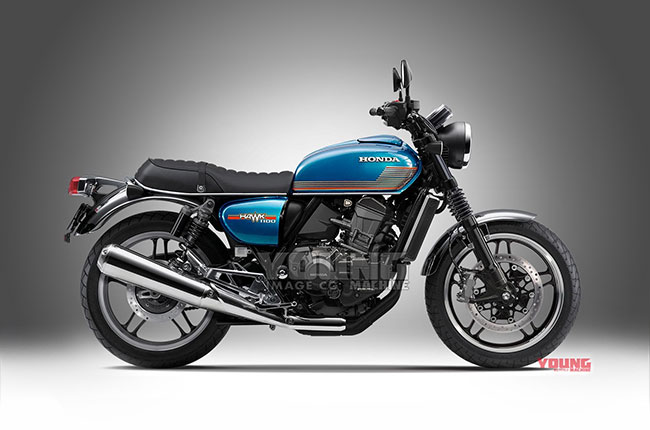 Coming hot off the heels of the Rebel 1100, Honda looks like it’s just about ready to further expand its liter-class classics in the lineup. A recent patent filing indicates that there is a standard retro motorcycle on the horizon for the Japanese brand.

Recent filings from the patent office in Japan indicate that Honda is working on a motorcycle derived from the chassis of the Rebel 1100. It looks quite similar to the Rebel with a rather high bone line. According to sources, the bike will be built on a tubular steel frame. 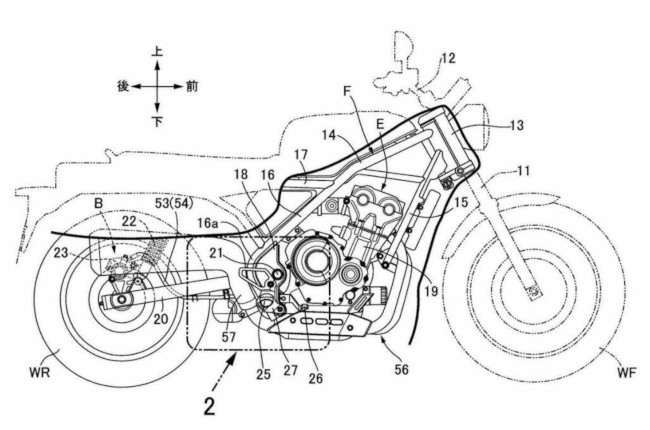 So the biggest question would probably be, what kind of 1100cc motor will find its way into the chassis of this new model? While Honda can keep the inline-four that the old CB1100 had, it might not cut the mustard in terms of emissions standards, being a Euro standard behind in 2022 makes it an iffy engine to see in a new motorcycle. As luck would have it, Honda’s 1,084cc Unicam engine found in the Africa Twin makes sense, and would even fit the nameplate that the brand is going for. Not only will it have about 102 hp, but the engine is also compatible with Honda’s dual-clutch transmission (DCT) which should allow for seamless shifts and transitions between gears. Now, as for the name, it’s not totally clear what this new model will be called. Honda could pick between the CB or even revive the old GB nameplate, otherwise known as the Hawk. Young Machine reimagined the classic motorcycle and pegged 2023 as the launch date and in one of their pages put the name “GB1100” in red, which could indicate that a new nameplate could be in the books. The GB series from Honda historically had twin-cylinder engines like the old GB500. Based on the images that came from the Japanese website, the model looks promising. They even incorporated the old-style paint job of the classic Hawks into the image. We’ll just have to wait a little longer for this model to come. We won’t have to wait long though, 2022 is just around the corner.