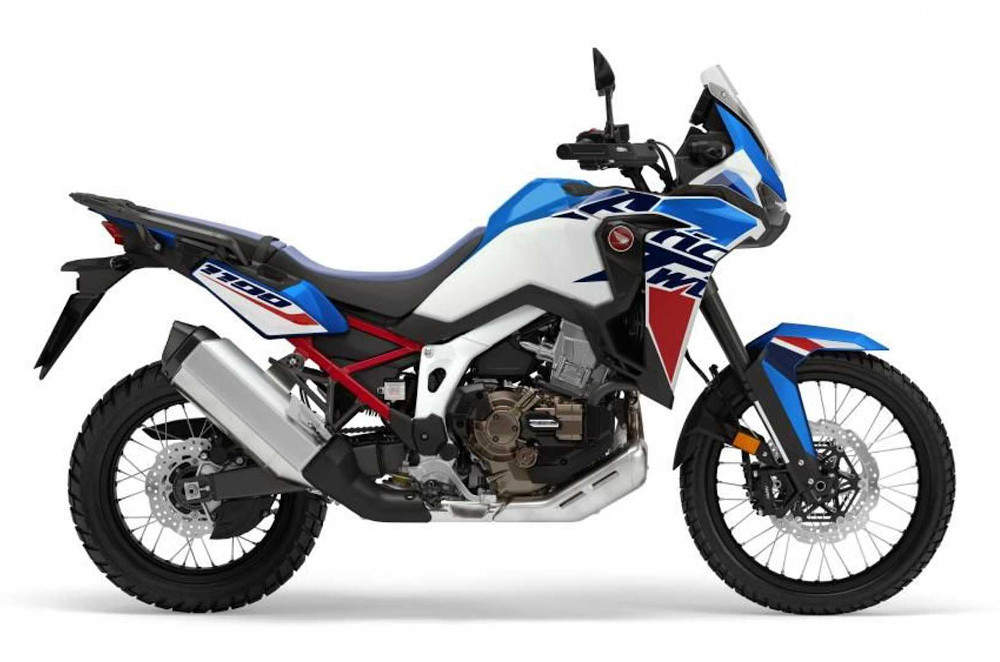 With the CRF1100L, Honda introduced what may be regarded as the modern-day Africa Twin. Thanks to its nimble agility, rally-inspired design, and advanced electronics package, it soon won the hearts of ADV and enduro enthusiasts. The bike was introduced in 2018 with a number of modifications, including an expensive Adventure Sports variant. In 2020, the Africa Twin Adventure Sports with a DCT became available.

It's fascinating to see how many customers choose the DCT variant, with 51% of Honda Africa Twins sold in Europe coming in this configuration. Regardless of the gearbox set-up, it goes without saying that Honda nailed the sweet spot with the current generation Africa Twin, as the motorcycle has successfully doubled as both a long-distance tourer and a heavyweight ADV-enduro. Perhaps as a result, it shouldn't come as much of a surprise that Honda's flagship explorer will only receive new colors for the 2023 model year. It makes sense that the Africa Twin would maintain its already remarkable features in light of the debut of the much awaited Transalp 750, which is hopefully on the horizon. Nevertheless, the two versions now come in a larger range of colors with the 2023 release. With the exception of the new color schemes, the engine, suspension, and electrical components of the Africa Twin and Africa Twin Adventure Sports remain the same. While the new liveries have yet to make their way to the local market, the exisiting colorways are still available in Honda Big Bike dealerships. The standard Africa Twin is priced at P940,000. Meanwhile, the most expensive Africa Twin Adventure Sports retails for P1,160,000. Keep checking back for details on the availability and pricing of the new liveries.