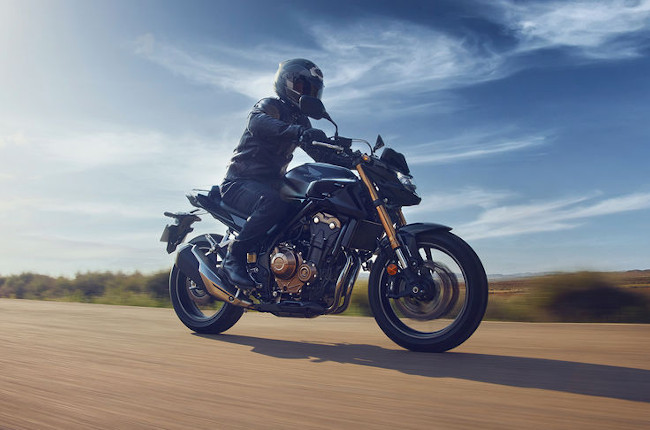 Honda is one of the top motorcycle manufacturers in the world for a variety of reasons. For starters, it is known for its world-class reliability and value for money. In the Philippines, Honda’s motorcycles are loved by many. City commuters, enthusiasts, and delivery riders benefit from Honda’s vast array of two-wheelers in the market. When it comes to big bikes, too, Honda has quite an impressive fleet of machines. To add to that list, the CB500F has made its debut.

The 2022 Honda CB500F takes everything we love about the CBR500R sportbike, and delivers it in a more upright and street-focused package. It shares the same underpinnings as the other motorcycles in Honda's CB500 range. Just like the CBR500R and CB500X, the CB500F is powered by a 471cc parallel-twin engine. Employing electronic fuel injection, liquid cooling, and four valves per cylinder, this 180-degree configuration parallel-twin pumps out a respectable 47 horsepower. This makes it a very tractable and beginner friendly engine, while pumping out enough power to inspire confidence in the expressways at high speeds. For the 2022 model year, the Honda CB500F carries with it all the same updates as that of the CB500X and CBR500R. This means that we find new suspension and braking components on the bike. For starters, we get a Showa inverted fork which features big pistons and a separate function configuration. This is the same suspension set up we find on the more premium CB650R. The brakes, two, have been improved with radially mounted dual calipers upfront and a single disc at the back. ABS comes as standard on the 2022 CB500F.

As for electronic features, this bike is as bare-bones as you can probably get today. It doesn’t come with fancy rider aids, traction control, nor does it have performance oriented electronics. Rather, it offers a stripped down, more rudimentary riding experience, without compromising the premium fit and finish and reliability that Honda is so well known for. In the local market, the Honda CB500F retails for P354,000. It occupies a rather gray area in the beginner friendly big bike segment. It’s a little bit bigger than your run of the mill 400cc bike like the Kawasaki Z400 and KTM 390 Duke, but smaller and more underpowered then it’s 650cc contemporaries. As such, it would definitely make for an interesting choice for both new and seasoned big bike riders.