BMW has officially launched the 2021 R 1250 RT without much fanfare, yet with a whole raft of upgrades in its design and tech. For starters, Ducati isn’t the only motorcycle manufacturer utilizing radar technology in its new technology. BMW has also been chasing the Italian brand by offering its new touring motorcycle with a radar-guided cruise control system as an available option. The system works by picking up target vehicles down the road with a distance over 100 meters and matches the speed anywhere between 30 km/h to 160 km/h. For those not opting for radar-guided cruise control, the standard touring bike also comes available with Dynamic Cruise Control (DCC) that is capable of applying the bike’s brakes should your speed start increasing like in situations where you’re riding down a steep hill. 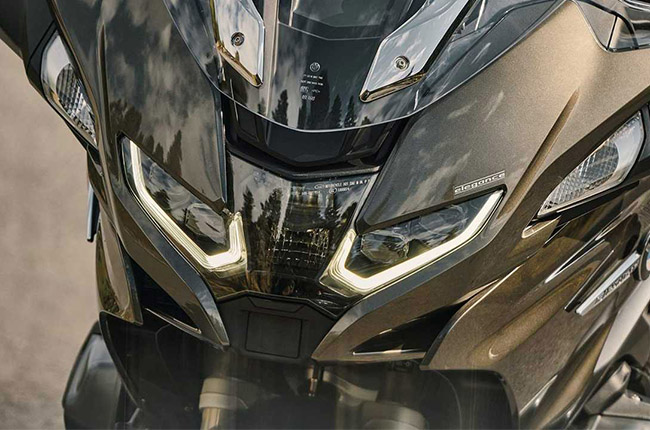 Just like many of BMW’s recent motorcycle releases, the new R 1250 RT now comes with a new and improved TFT dash that’s easy to read in any lighting condition. The large 10.25-inch screen will give a readout of your navigation information together with your tachometer and speedometer. It also features Bluetooth connectivity to your smartphone. For the tech-savvy, BMW offers “Comfort telephony with extended smartphone connection” kit which adds a weatherproof, ventilated compartment where you can store your smartphone and charge it wirelessly or through the USB port. On the looks department, throughout the years, the R 1250 RT’s fairings swelled each year that it got an update with layers of technology being added to the bike. For 2021, BMW decided to trim some of those layers from the lessen its top-heavy bulbous fairing. It now has a slimmed down modern look on the front end thanks to its redesigned fairings that are now positioned a little bit lower to give the rider a better field of view. It now also comes with a new full-LED headlight that features an optional “Adaptive Turning Light” functionality.

The BMW R 1250 RT is powered by a 1,254 cc two-cylinder boxer engine with BMW Shiftcam technology capable of churning out 136 hp at 7,750 RPM and 143 Nm of torque at 6,250 RPM. BMW still hasn’t officially announced its official pricing and availability at the moment. However, they have pretty much overtaken Ducati’s Multistrada V4 in introducing the first motorcycle with radar-guided cruise control technology. We’ll be sure to keep you updated once it lands on Philippine shores.