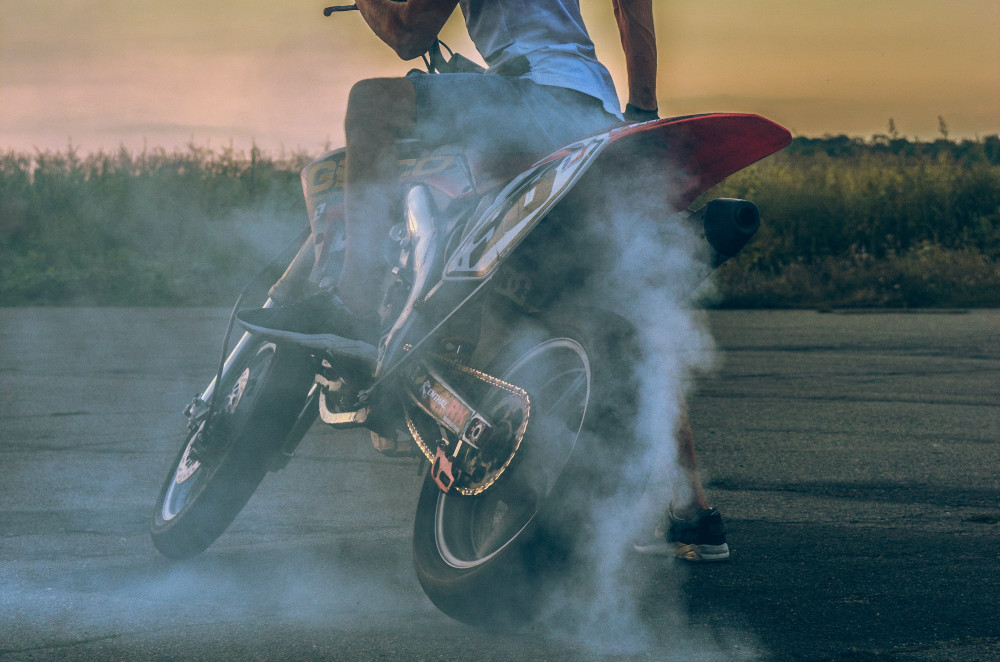 The annoying feeling of a motorcycle that is less powerful than before can be quite troublesome to riders and can be a cause for concern to many. Over time and many kilometers on the seat, motorcycles can lose power. In order to function properly, an engine requires an ideal mixture of air and fuel, and a strong spark to ignite the mix. If air, fuel, or spark systems are not functioning normally, riders may experience the dreadful feeling of power loss.

That isn’t to say, however, that there is nothing that can be done about it – the engine and its components can wear off over time, and knowing exactly which parts to replace, recondition, and maintain can regain horsepower that was once lost. If you're on the hunt to restore power to your motorcycle's engine, here are 7 ways to regain power after many kilometers on the road. One of the most impactful changes riders can make to regain lost power is to replace the engine spark plugs to the recommended spec of the motorcycle’s manufacturer. Spark plugs are one of the engine components which gain the most abuse over time. The electrodes on the spark plug can require up to 25,000 volts in order to fire properly – and it’s doing this many thousands of times per minute. Over time, spark plug electrodes wear out, and simply replacing the spark plug can regain a noticeable amount of power and fuel economy, creating powerful and complete combustion once again. Replacing the engine air filter can send an ideal amount of air into the engine once again. Air filters are designed to catch particulates in the air to prevent your engine from engulfing dirty air that may damage the engine. Over time, the amount of dirt caught by the air filter can act as a barrier to airflow and can cause engine power loss due to a less-than-ideal amount of air being combusted. Replacing the air filter will allow your engine to breathe as designed, and can restore a noticeable amount of power when replaced. For those who are running carbureted engines, a simple carburetor tune-up can also help the engine regain lost power. Gaining an ideal air-fuel mixture for the engine is a delicate task, and is almost perfectly engineered by motorcycle manufacturers. Over much use, an array of variables can throw this mixture off. Too much fuel makes the engine soiled by uncombusted gasoline; too little makes the engine unable to combust properly. A tune-up for the carburetor will ensure the ideal mixture of gasoline and air for your engine, allowing it to combust healthily and efficiently, effectively recovering the power for the rider. If you are running an electronic fuel-injected (EFI) engine, we’ll be sure to get to that in a bit. 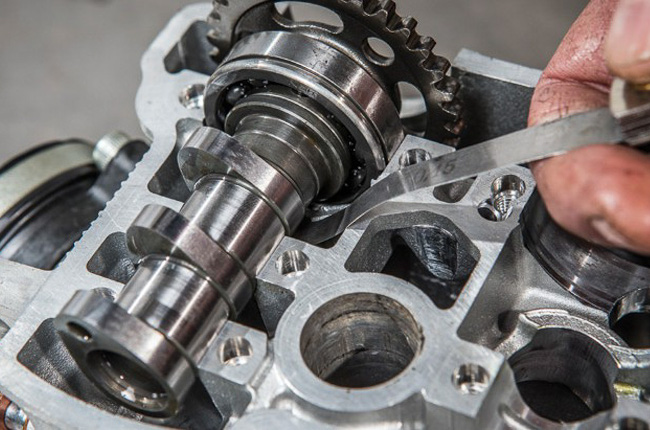 The motorcycle engine spins at speeds that can be difficult to comprehend. Cruising at an engine speed of 5,000 RPM translates to an engine that spins at over 80 times per second. On top of that, the engine is tasked to combust the air-fuel mixture at the right time in order to deliver usable power to the ground. If engine components are out of sync, the air-fuel mixture may not be sucked, combusted, and evacuated at the right time, and can throw away much-needed power. Getting this right ensures the proper syncing of engine components to provide the rider with optimal power. By adjusting the valve clearances and engine timing, the air-fuel mixture flows in and out of the engine as designed and optimizes power output. A simple oil change may be able to recover lost power by providing optimal lubrication for the engine – especially at high revs where the engine will be churning out peak power. Old and worn-out oil creates more harm than good for the engine. Over time and use, the engine oil will tend to lubricate an engine less efficiently. This can cause unnecessary friction within an engine and, ultimately, a slight loss in engine power.

Attending to this basic maintenance task, especially for motorcycles with overdue oil changes, will allow all moving parts in the engine to move as fluidly as possible. It’s best not to overlook the basics. Timely maintenance can go a long way when trying to recover lost engine power. All of the above tasks are considered to be relatively simple, basic, and necessary maintenance tasks over the life of motorcycle ownership. However, some riders may want to take things a bit further in order to regain lost power. If this is the case, replacing secondary ignition consumables may bring life to the ignition system once again, recreating the powerful spark experienced from when a motorcycle is brand new. Taking things a small step further, reconditioning engine parts can recover lost power by returning engine components to a near-brand new state. To start with, fuel injectors can be reconditioned by specialists in order to ensure the proper flow of fuel from the nozzle of the injector. Over time, microscopic dirt particles from the fuel may accumulate at the tip of the nozzle, reducing the spray volume and efficiency of the fuel. This can cause incomplete and uneven combustion inside the engine which reduces overall power. By reconditioning the injectors, owners can benefit from improved fuel economy and engine power.

Cleaning of the intake hoses, engine intake ports, and engine exhaust ports may also allow the engine to breathe more efficiently. Over time, particulates from the air and fuel can cause gunk to build up along these pathways. Trained mechanics who are able to disassemble these components will also be able to thoroughly clean these parts, allowing for the most optimal flow of air and fuel, from intake to exhaust.

Lastly, should an engine have many tens of thousands of kilometers on the clock, owners can benefit from a full reconditioning of the piston and engine block. Over time, the friction inside the cylinder chamber can cause slight wear, and can effectively create larger gaps between the piston ring and engine block that cause inefficient combustion. By replacing the piston and piston rings, and smoothing out the cylinder walls, the gaps can be reduced to factory specification which will create optimal combustion and power delivery.