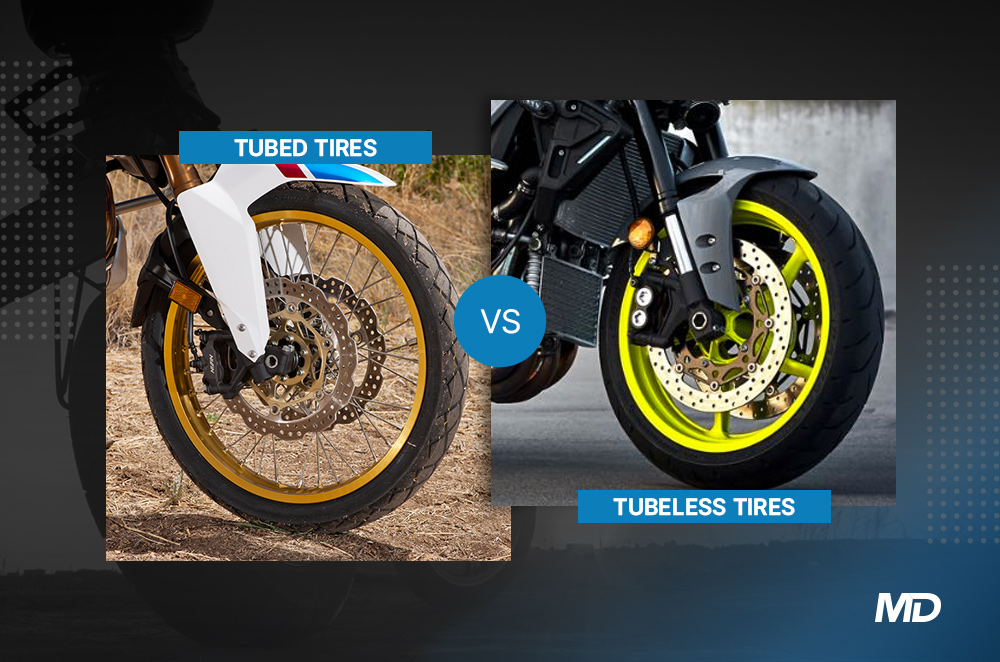 Tubed, and tubeless tires, what makes one better than the other? Generally, newer motorcycles nowadays run on tubeless tires with the biggest difference between really the two is well, the tube. However, while for cars, tubed tires are considered a thing of the past, for motorcycles,  they still find its application on certain types of bikes. Theoretically, it’s possible to swap a tubeless tire with a tubed tire but nonetheless, not recommended and really, impractical to do so. To give you a better understanding, of their difference, we must look at where they’re commonly used, its construction, and what bikes use them. 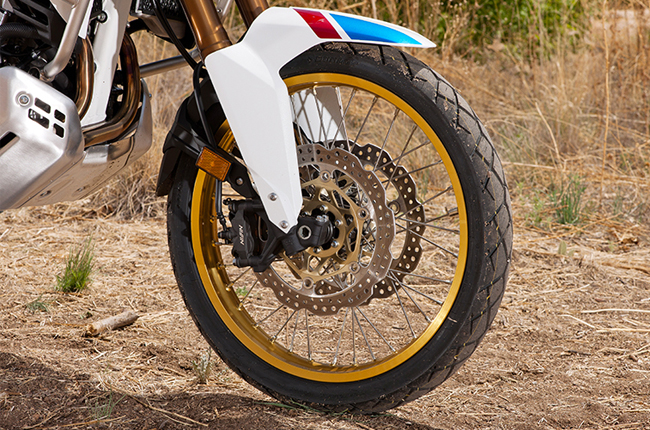 As mentioned earlier, most modern motorcycles now run on tubeless tires. However, certain types of motorcycles still necessitate the use of tubed tires for their particular purpose. Tubed tires are made up of two components, an exterior which is what you see, and an interior tube, which is separate from the tire itself and is used to hold the air giving the tire its shape.

The exterior tire must be tough enough to endure riding great distances and withstand hitting tough and uneven surfaces. The inner tube, on the other hand, must be soft enough to take shape of the tire and for it to be easily inserted into the tire itself.

Tubed tires are typically used for motorcycles meant for off-roading such as dirt bikes and adventure bikes like the Honda CRF 250 or the Africa Twin. The reason being, spoked wheels usually perform better and are more resilient on rugged terrain as compared to cast wheels running on tubeless tires. Because of their structure, they can withstand higher drops and excessive shock brought by hitting rocks and debris on the road. Tubed tires are also preferred for old school cruisers and classic looking motorcycles such as the Harley-Davidson Street-Bob or the Kawasaki W800. 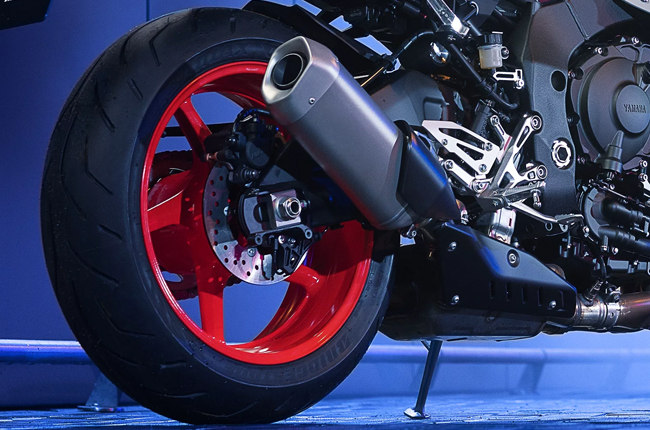 Tubeless tires, on the other hand, are constructed in such a way to make it airtight when attached to the motorcycle’s rims without the need for an inner tube. The tire itself has a thick main layer to protect itself from punctures by capturing the object that punctures it and tries to seal its surrounding area to keep the air inside and stop it from deflating.

Most modern motorcycles nowadays, including naked bikes and street bikes, use tubeless tires because they come with cast rims instead of spoke wheels, which makes it easier to make the tires air-tight without the necessity of a tube. Thus, modern sportbikes such as the Kawasaki Ninja or a Yamaha YZF R6, that you typically see in the track all run on tubeless tires because it gives you a better chance of a slow deflation in the event of a puncture, rather than a sudden deflation which could be extremely dangerous in high-speeds.

Pros and Cons of Tubed Tires 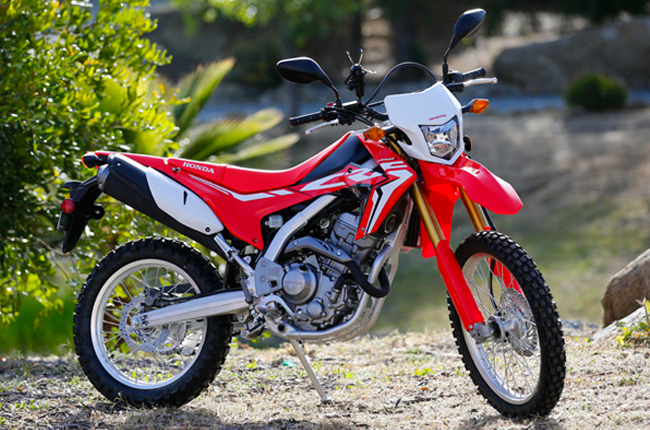 As mentioned earlier, tubed tires are more resilient in off-road performance. They can take a beating from deep potholes without popping your tires. Most motocross bikes launch high up in the air and should be tough enough to withstand jumping and landing multiple times in a typical race. Thus, at these kinds of instances, your front wheel would be smacking against a rock at high speeds and through potholes and spoked wheels with tubed tires can take this kind of beating better than tubeless ones. In addition, certain motorcycles, especially the classic-looking models, look relatively better and more period-correct with spoked wheels. This adds a certain old-school charm into their style and wire-spoked wheels generally, can only run on tubed tires because of the gaps the spokes create while linking to the inner and outer lips of the wheel.

However, one of the most common problems with tubed tires is how they behave with punctures. During a puncture, if the intrusion reaches the tube, they deflate almost instantly and are more likely to pop like a balloon more than tubeless tires.  However, because of their construction, its looser fit to the rim makes it a little easier to separate from the wheel when you need to have it repaired.

In addition, tubed tires tend to generate more heat especially when they have been traveling long distances. Heat could affect your tire pressure, your overall ride, and could force you to more stops in trips just to cool down your tires.

Pros and Cons of Tubeless Tires 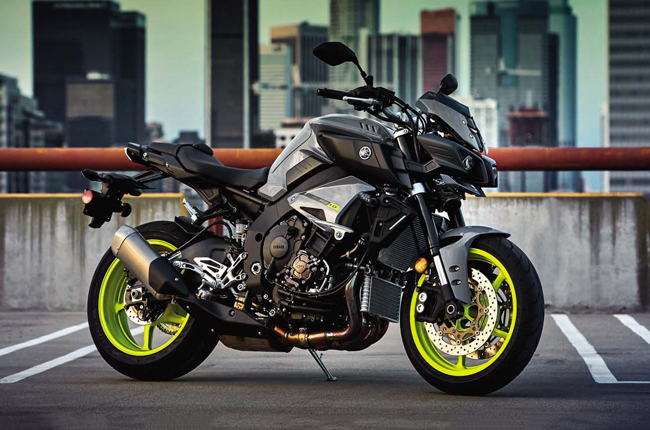 Tubeless tires, on the other hand, have a lot of advantages over tubed tires, and really very few disadvantages. To begin with, they reduce weight, it runs cooler on the road and doesn’t heat up easily unlike tubed tires, but most importantly, they handle punctures much better. Because of its ability to seal itself around the object that punctured your tire, a slow deflation would almost always happen. “Almost” being the operative word as they aren’t impervious to popping, as it could still happen in extreme situations. Another advantage is that tubeless tires can usually be repaired with a plug kit that you can purchase.

If you happen to own a motorcycle and would want to swap your cast rims into spoked wheels, the disadvantage of tubeless tires is that they certainly wouldn’t work on spoked wheels. Because of how spokes meet with the lip of the wheel, it’s difficult to make them airtight enough for tubeless tires.

While preference over style may differ from people, spoked wheels may look good on certain bikes for some, but might not perform as much as it is supposed to. It is still better to stick to the type of tires that your manufacturer’s specifications indicate. As mentioned earlier, swapping tires, like putting a tubed tire into tubeless wheels are not only impractical but could also be dangerous. Finding the right size would also be a challenge depending on the bike that you plan on modifying. In the end, it all depends on your riding style and preference. If you’re more of a dirtbike rough-rider, then obviously, tubed tires would work best with you and your motorcycle. If you’re the type who likes going on long touring rides with a bunch of your riding mates, then tubeless tires would be more appropriate for your trips as you’re more susceptible to catching a flat tire from debris scattered on the road. A sudden deflation is the last thing you’d want especially if you’re traveling at high speeds, but a bent rim is also another thing you’d definitely want to avoid.