You could definitely say that a big reason why people ride the bikes they ride is because they like the way their two-wheeled steeds look. Indeed, aesthetics play a major role in the world of motorcycling, and dictate the trends, styles, and ins and outs of the industry. Needless to say, all motorcycles undergo rigorous styling and design processes. However, there are certainly some bikes that look better than others.

Today, let’s take a closer look at what we consider to be the top 5 most beautiful motorcycles currently available in the local market. Now, the bikes on our list cover a variety of riding disciplines. So, if you’re in the market for a new bike, but aren’t exactly sure about what bike to get, you may want to read on to see which of these beauties is the perfect fit for your lifestyle. Let’s kick things off with a motorcycle from one of the most iconic manufacturers in the world, Ducati. The Streetfighter V4 is dubbed "The Fight Formula" since it comes with a slew of powerful features. To begin, it is equipped with a Desmosedici Stradale V4 engine, biplane wings, a high handlebar, and less weight due to the lack of fairings, all of which contribute to optimum performance on the track. In terms of styling, it’s hard to argue with this bike’s killer good looks, as it definitely takes the gorgeous sleek lines of the Panigale V4, and adapts them into a razor sharp package that looks like it’s going 300 kilometers per hour sitting still. Pricing for this naked beauty starts at P1,395,000. 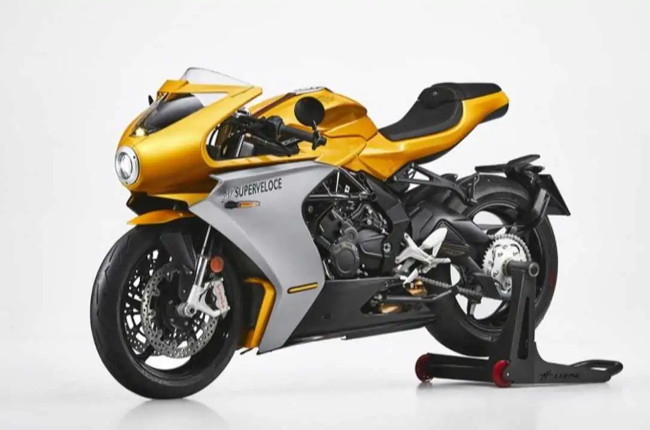 We certainly can’t have a list of beautiful bikes without including an MV Agusta. The company, after all, stands for Motorcycle Art, and we’d be hard pressed to find an MV Agusta machine unworthy of multiple glances. The MV Agusta Superveloce is a distinctive bike with sporty looks and a powerful engine that can tackle all your journeys in elegance. In terms of conventional features, this retro-style superbike shines. A digital gauge, keyless entry, phone connectivity, a navigation system, a quick shifter, several riding modes, and more are just a few of the features. In terms of price, however, you’re going to have to fork out quite the sum, as this bike retails starting at P1,550,000, and goes all the way up to P2,200,000 for the ultra-rare Alpine Edition. 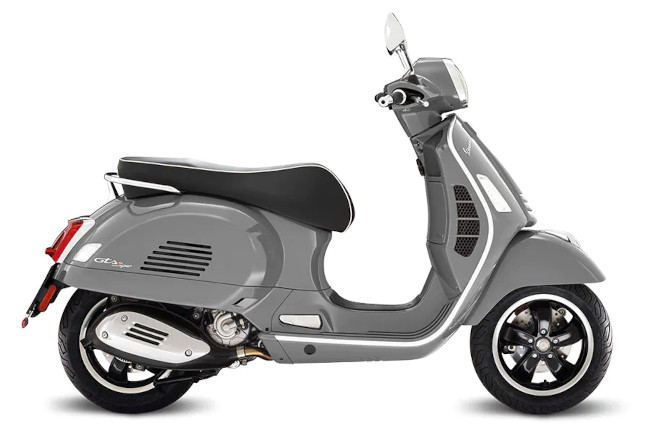 Up next, we dial things down a little bit with a thoroughly iconic scooter. Yes, a Vespa may be a scooter, but it’s one of the most iconic vehicles on the road. Instantly recognizable, and loved the world over, Vespas offer unique, unmistakable charm. Such is true with its range-topping model, the GTS 300. The GTS 300 includes features such as a digital gauge, keyless entry, phone connectivity, a USB charging outlet, and more. You'll also get a set of 12-inch wheels as well as front and rear disc brakes. A 278cc HPE single-cylinder, 4-stroke, 4-valve, catalyzed engine powers this two-wheeler. The aforementioned powertrain generates a solid 24 horsepower. It sends power to the rear wheel via a Continuously Variable Transmission (CVT). This premium scooter retails for P408,000. If you had around P1.3 million burning a huge hole in your pocket, and wanted a bike with killer looks and groundbreaking performance to rocket you around town in style, then you need not look any further than the Triumph Thruxton RS. This retro-style cafe-racer turns heads thanks to its sleek and elegant styling. Meanwhile, finer details reveal that this machine means business. Powder-coated engine covers, cam cover, sprocket cover, side panel, and quality black anodized wheels and rims highlight this modern classic bike's black appearance. The Triumph Thruxton RS is powered by a 1,200cc liquid-cooled SOHC parallel-twin engine with a 270-degree crank that produces 104 horsepower and 113 Nm of torque. After that, a 6-speed manual transmission is attached to the power mill. The last bike on our list is arguably one of the most striking cruisers out there. Designed to pay tribute to BMW’s classic cruiser, namely, the R5, the R 18 boasts the biggest production boxer-twin from the Bavarian manufacturer. The bike is made in Berlin, Germany, and has an extremely custom-friendly design that will allow many users to personalize their motorcycle's appearance. BMW dealerships also offer a variety of choices for customers to choose from. Other elements of technology, such as the keyless start system and the riding modes Rain, Roll, and Rock, aren't visible unless you dig deeper. The gargantuan 1,802cc big boxer engine is Euro-5 compliant and produces 90 horsepower and 158 Nm of torque. Prices start at P1,955,000.