Naked bikes are arguably one of the most versatile motorcycle platforms out there. Based on the classic notion of motorcycling, naked bikes feature upright ergonomics, easy handling, as well as ease of maintenance thanks to their minimal bodywork. It isn’t uncommon for newbie riders to venture into the naked motorcycle segment in search of their first ride. As such, we’re here to show you what we think are the top 5 best naked bikes with engine displacements 300cc and below. 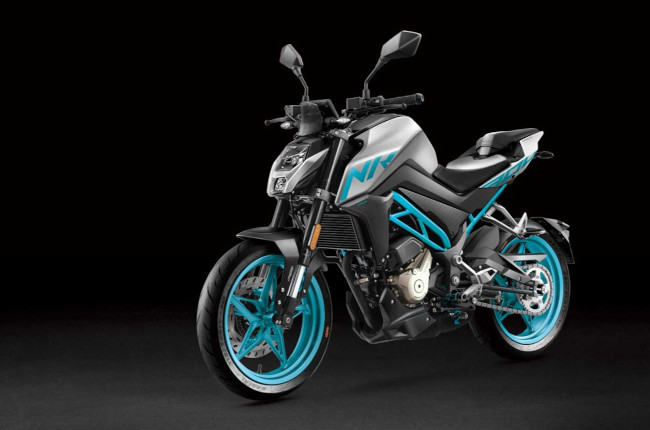 We start our list with the CFMOTO 300 NK. Now, this Chinese motorcycle manufacturer has been making a name for itself in recent years, particularly in the Philippines. In fact, the 300 NK’s bigger sibling, the 400 NK, was at one point the most popular motorcycle on our website. That said, it’s clear to see that CFMOTO means business, and is in it for the long haul, and the 300 NK clearly shows this.

The CFMOTO 300 NK is powered by a 292cc liquid-cooled, fuel-injected, single-cylinder engine rated for 27.5 horsepower and 25 Nm of torque. This makes this aggressively styled naked bike quite a performer, especially on city streets and twisty mountain roads. The 300 NK features premium underpinnings and a full-color TFT display, making it the only bike in its class to feature such premium components. It’s available in the local market for just P158,000–making it an incredibly enticing value-for-money option. The next motorcycle on our list comes to us from Swedish motorcycle manufacturer, Husqvarna. Designed for those with a penchant for retro styling mated with modern-day performance, the Svartpilen 200 is Husqvarna’s entry-level offering. This bike is basically a KTM 200 Duke dressed in vintage apparel, and shares the same engine, suspension, and steel trellis frame as its Austrian cousin.

Powering the Husqvarna Svartpilen 200 is a 199cc liquid-cooled, fuel-injected, DOHC, single-cylinder engine. Pumping out a healthy 25 horsepower, the Husky Svartpilen 200 punches above its weight class, and delivers impressive performance for both city riding and spirited rides on twisty roads. Suspension and braking are courtesy of WP and Brembo subsidiary Bybre, respectively. This elevates the Svartpilen’s overall performance to that of bigger, more expensive machines. This bike is available in the local market at a sticker price of P175,000. Our next bike on the list comes from Japanese motorcycle manufacturer Suzuki, in the form of the Gixxer 250. Now, the Gixxer has really improved and evolved ever since its introduction as a barebones commuter several years ago. It now features a bigger engine, and a modern suite of electronic components. However, it does retain its simplistic, no-frills nature.

Having said that, the House of Hamamatsu has equipped the Gixxer 250 with a 249cc oil-cooled, fuel-injected, SOHC, single-cylinder motor capable of delivering an impressive 26 horsepower and 22 Nm of torque. Right at par with the first two bikes on this list, the Gixxer 250 offers sporty styling, bulletproof reliability, and an affordable price tag of P165,000. The Yamaha MT-15 may not seem like it belongs on this list, however, it’s clear to see that upon comparison with its fellow 150cc naked bikes, that it leads the charge in the entry-level naked sportbike segment. The Yamaha MT-15 can very easily be mistaken for any of its bigger siblings in Yamaha’s Master of Torque range thanks to its sporty styling and premium components.

The MT-15 is powered by Yamaha’s tried and tested 155cc, liquid-cooled, fuel-injected, single-cylinder engine. Equipped with Variable Valve Actuation and Yamaha’s Bluecore technology, this bike is both powerful and economical. Pumping out 19 horsepower and 15 Nm of torque, it’s down on power when compared to the other bikes on this list, however, it's undoubtedly one of the best 150cc-class naked bikes out there for just P159,000. 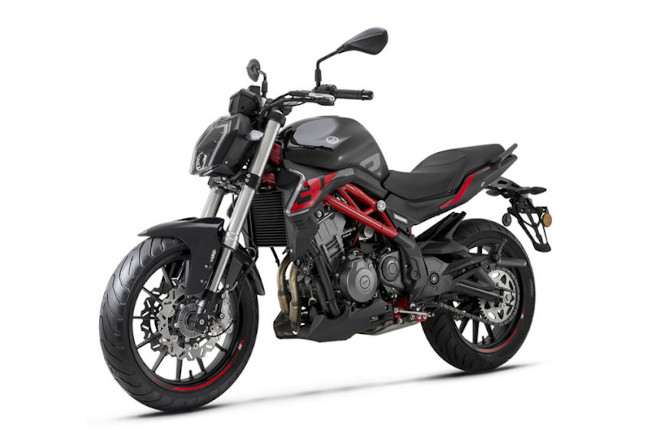 The Benelli TNT 302S is the most expensive, and most performance-oriented bike on our list, and only just makes the cut with its 300cc engine. Benelli has been stepping up its game lately, particularly in the entry-level to mid-tier segment with its enticing models with impressive performance and an affordable price tag.

The Benelli TNT 302S is now exception, and it indeed packs quite a punch with its high-revving, 300cc, parallel-twin engine. Equipped with a 360-degree crankshaft, the TNT 302S offers the bottom-end torque of a single-cylinder motor, with the top-end smoothness and efficiency of a conventional parallel-twin engine. It pumps out an exhilarating 38 horsepower making for an exciting ride on open roads, easy overtaking on city streets, and impressive response on twisty roads. At a price of just P229,000, you get performance close to that of a full-fledged big bike in this otherwise beginner-friendly naked streetfighter.