If you’ve been into big bikes for quite some time now, and you’ve begun wondering how you could bring out more performance, or perhaps improve your bike’s throttle response, then you’ve likely thought about upgrading your bike’s Engine Control Unit, or ECU.

Now, there are many ways to go about this, however, it’s important to first determine if your bike actually needs some tweaking done to its ECU. This involves taking a look at the modifications you’ve done on the performance side of things, as well as determining what it is you’re looking to improve when it comes to your motorbike’s engine performance.

Is it safe to clutchless shift your motorcycle?

What does it do? 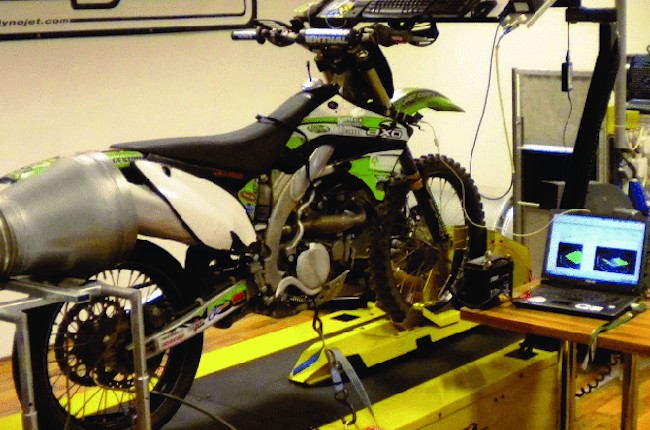 Think of the Engine Control Unit, or ECU as the brain of your motorcycle. For modern-day fuel-injected motorcycles, the ECU governs a slew of vital engine functions such as timing, air and fuel mixture, as well as throttle response (for bikes equipped with a throttle-by-wire system). Now, in compliance with various emissions regulations in place all across the world, manufacturers set the bike’s ECU parameters to conform to these regulations. As a result, a motorcycle’s engine may be tuned to favor efficiency and cleaner emissions, as opposed to outright performance.

Upgrading your ECU via any one of the methods we will discuss later on, effectively tunes the engine to prioritize performance, instead of fuel economy and clean emissions. A result of this could be a significant increase in engine power and torque output, which ultimately results in a faster bike. However, you can expect to see some decline in fuel efficiency.

What are the types of ECU upgrades? There are several types of ECU upgrades available in the market. However, today, let’s talk about the two most popular options. The most affordable and most commonly used approach is what’s known as an ECU reflash. Now, many performance-oriented tuning shops offer this service for nearly all modern-day performance motorcycles in the market. When the ECU is reflashed, it’s effectively reprogrammed with new parameters for most, if not all parameters pertaining to engine performance. This means that the new engine settings, or map, overwrites the stock settings installed by the manufacturer.

Another equally popular, albeit a more expensive option is the piggy-back ECU. Now, as the name suggests, this setup doesn’t overwrite the manufacturer's stock tuning. Instead, it sits on top of it, so to speak, and acts as an intermediary between your bike’s stock ECU and the engine. A key benefit of going with a piggy-back ECU is the fact that it’s a plug-and-play upgrade. Meaning you can always return to your stock ECU settings, should you so desire.

How to replace your motorcycle's spark plug

When is it necessary? There are a few instances where an ECU upgrade is essential, while other times, it simply boils down to user preference. Some examples of times wherein an ECU tune would be deemed necessary would be when installing an aftermarket full-system exhaust, intake, or making major tweaks to the internals of your engine. Tuning your engine after major upgrades is essential in ensuring that, one, your performance modifications are put to good use and are able to efficiently optimize your engine’s performance, and two, to prevent unnecessary premature wear on your engine’s internals.

Some motorcycle enthusiasts opt to go for an ECU tune to improve their bike’s throttle response. Given the fact that manufacturers tune their engines to meet emissions requirements out of the factory, most performance oriented engines tend to run pretty lean, especially at low RPMs. This results in jerky acceleration, a numb throttle response, and sometimes even intermittent stalling at low speeds. Upgrading your ECU in these scenarios can drastically improve the overall usability of your motorcycle.