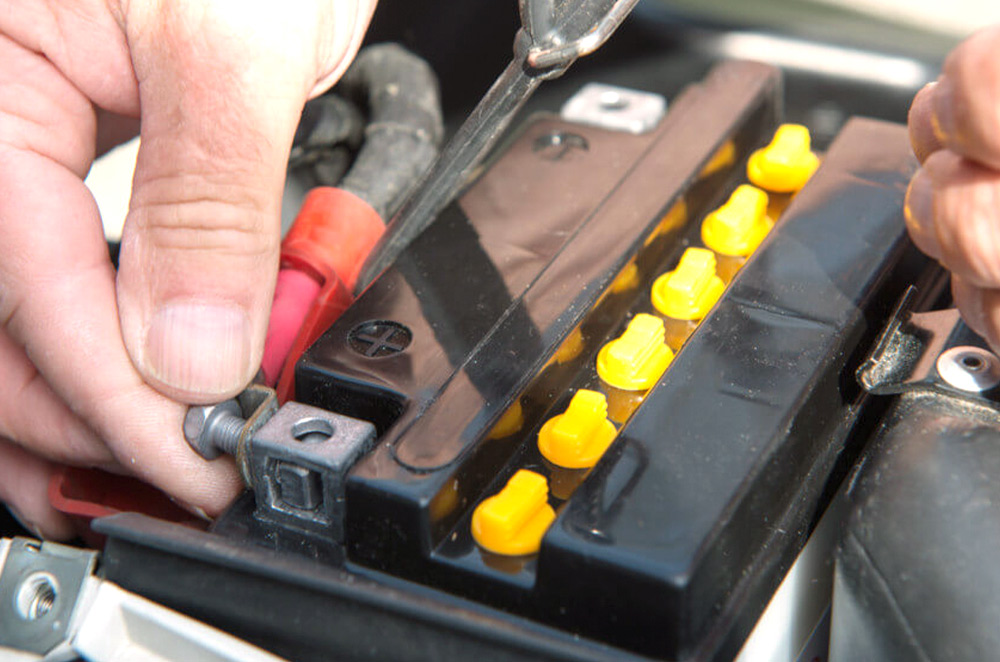 The battery is one of the most important parts of your motorcycle. It acts as the heart of the motorcycle’s charging system, and is essential for modern-day bikes to run properly. Back in the day, you could get away with a bad battery by stomping multiple times on the kick-starter. However, the advent of high-tech features being stuffed into motorcycles has seen newer bikes ever more dependent on a healthy battery and charging system.

That said, numerous upgrades can be made to your motorcycle. Things like lights, horns, mobile chargers, and other accessories can put a strain on your battery and the bike’s electrical system. This in turn, substantially shortens battery life. On top of this, the stock lead-acid battery found on most motorcycles tends to be very heavy. As such, many enthusiasts replace their stock battery with a lithium one. Now, while lithium batteries present themselves with quite a few benefits, there are also a few drawbacks. Read on to see if you should upgrade to a lithium motorcycle battery.

My motorcycle won’t start. What should I do? 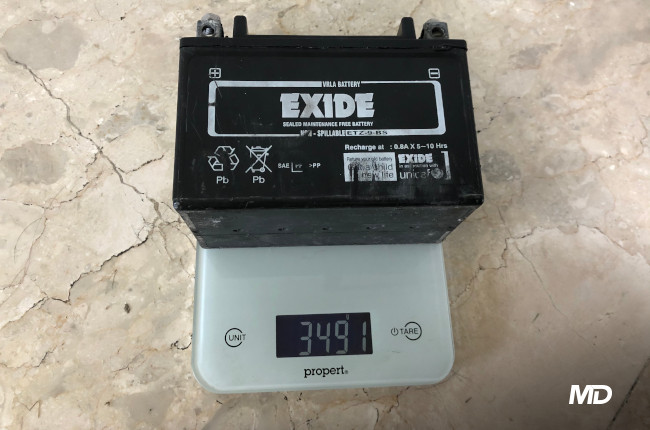 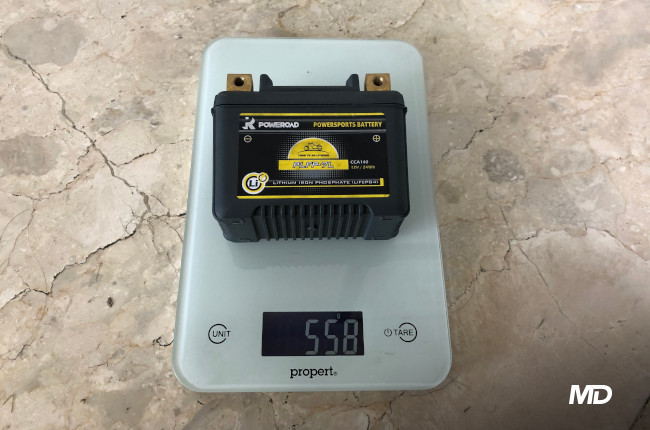 Your run-of-the-mill lead-acid battery weighs anywhere between 2 to 4 kilograms. While nearly all motorcycles come standard with this type of battery, swapping it out for a lighter alternative will undoubtedly make a noticeable difference. Lithium batteries are significantly lighter. In fact, most batteries of this type tip the scales at less than 1 kilogram. Given the fact that motorcycle batteries tend to sit high up on the vehicle, reducing weight in that area dramatically improves handling and the overall feel of the bike.

Another benefit that lithium batteries have is the fact that they occupy far less space than their lead-acid counterparts. This makes them perfect for custom applications, wherein motorcycle builders try to conceal as much of the electrical system as possible, to achieve a clean and seamless aesthetic. For street bikes, the additional space provided by a lithium battery can be used to store additional tools and other essentials.

They pack quite a punch 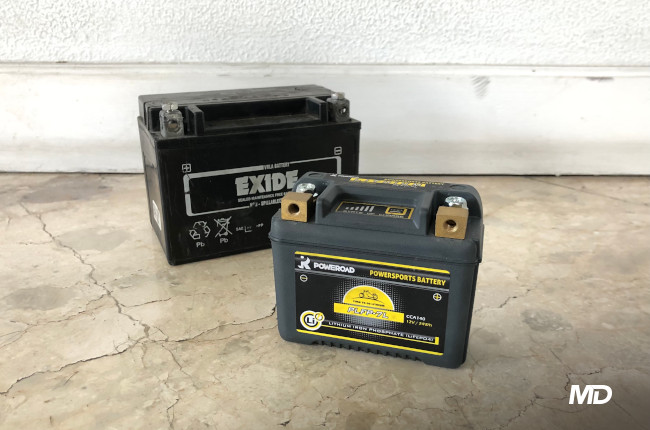 Apart from being extremely lightweight, lithium batteries pack quite a punch. They also hold charge for much longer than lead-acid batteries. Numerous tests conducted by multiple groups have shown that lithium batteries discharge at a far slower rate than lead-acid batteries when left standing for extended periods of time. This means that you can leave your motorcycle parked for a week or two, without having to rely on a battery tender to keep your battery charged.

Lithium batteries can be situated in any position, making them ideal for dirt bikes and enduros, which often find themselves in crashes and tip-overs. An ordinary lead-acid battery could potentially be destroyed by a tip-over due to the liquid electrolytes leaking. Lithium batteries, on the other hand, continue to provide the same amount of power regardless of their position—similar to that of your mobile phone. Perhaps one of the biggest drawbacks of a lithium battery is its price point. A standard lead-acid battery from a reputable brand fetches around P2,500. A lithium battery of similar specifications will go for more than twice as much—around the P6,000 to P7,000 range. Granted of course, Lithium batteries present themselves with all the previously mentioned benefits such as reduced weight and improved reliability.

Air-cooled vs Oil-cooled vs Watercooled - what's the difference?

Another drawback to lithium batteries would be that they are slightly more sensitive to colder temperatures than their lead-acid counterparts. Oftentimes, a  wake-up sequence is required when starting your motorcycle in cold weather. Leaving your lights on, or thumbing the starter a couple of times, should be enough to warm-up the battery, and build up enough voltage to start your bike. So, if you're looking to shed some weight off your bike, then a lithium battery is the perfect place to start. Just be sure to keep the pros and cons in mind when making the shift.