Dashboard cameras have become indispensable accessories for cars in the Philippines and across the world. According to Statista, a German consumer data company, the global dashcam market was valued at $2.91 billion in April 2021, and it's only going up from there. Sales are poised to reach a whopping $5.9 billion by 2025.

These compact onboard cameras have found a home with our four-wheelers due to the relatively cheap security they provide. While a dashcam can be a good fit inside a car's cabin, does it make sense to use one on a motorcycle?

Dashcams add a layer of security

It's generally accepted that motorcycle riders are exposed to more day-to-day risk than car drivers. When riders get into an accident, it can be tough to tell what happened or who's at fault, especially if there are no witnesses. This could be particularly tough when you’re riding a high-end bike like the Ducati Streetfighter V4. Even if you’re riding a scooter or a commuter bike, it’s not a good feeling when you lose your motorcycle in an accident.

That could be why many have chosen to equip their bikes with onboard cameras. When you ride with an added level of security or protection, it could take a lot of the pressure off you and ultimately make things more comfortable.

What type of dashcam should I get?

Onboard security cameras for motorcycles are a relatively new enterprise. There aren't many companies that have made themselves known for producing high-quality products. In that regard, it can be challenging to choose one that can get the job done.

There's also the question of the power source, as many dashcams will need to piggyback to a bike's electrical system. Some have integrated battery packs that you'll need to charge regularly. So, you'll have to consider these when you're looking for a dashcam to install on your bike. 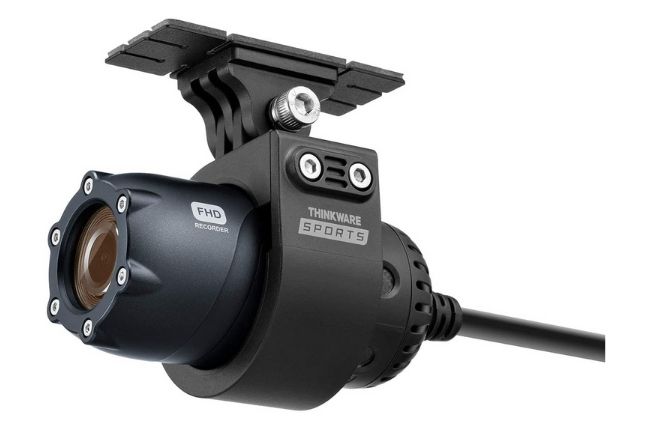 Also known as a one-channel dashcam, this type of onboard camera records only the front view of the motorcycle. Many dashcam models feature a small digital display that acts as a live feed when riding.

Single-channel dashcams can be cheaper due to only using one camera module, but there are disadvantages. With a single-channel camera, you'd be leaving the back of the motorcycle exposed. If someone rear-ends your bike, there's not much you can do because the camera is only recording the front. 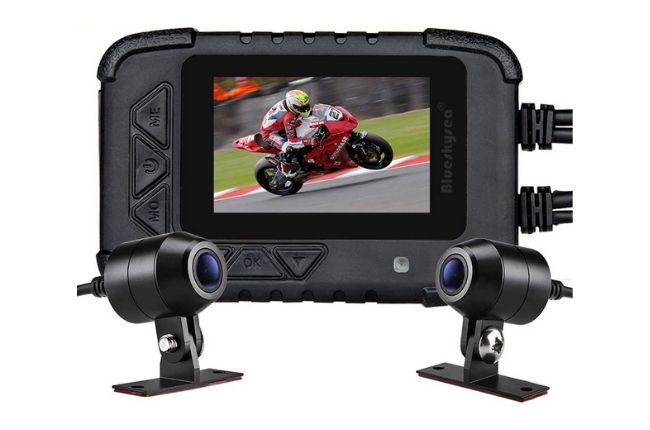 Dual-channel dashboard camera systems take security to the next level by adding a secondary camera for the rear. These are generally more expensive but have the advantage of offering a significantly more comprehensive recording experience.

With two cameras servicing the front and rear of your bike, you'd have more peace of mind knowing that you've got your bases covered. This added level of security could be especially critical for those who use their motorcycles on their daily commute. 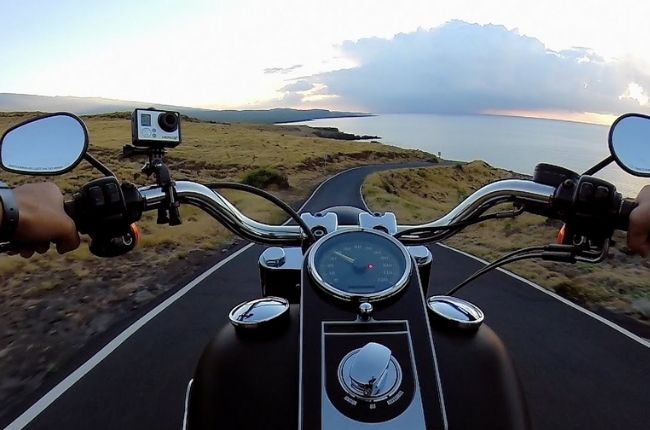 Action cameras, like the ones popularized by GoPro, are used by some as dashcams. These cameras can provide a wider field of view and a higher quality image, but you may not get a display with a live view. An action cam can also be much more durable than a regular dashcam, so it may come in handy for adventure or off-road riding. That said, action cams aren't designed for use as dashcams, so you'll have to keep their limitations in mind.

Instead of automatically recording when the bike is turned on like a proper dashboard camera, you have to manually press the record button. The camera will also be dependent on its own battery for power, so once it’s out, you can’t record anymore. You also won’t get overwrite features that are common in dashboard cameras, so you also have to consider your memory card’s capacity.

Dashcams have become a staple for cars in the Philippines, but riders are starting to realize their potential as an added security measure for their bikes. So, should you install a dashcam on your motorcycle? That depends if you want to add some security to your daily rides. You can never tell when an accident will occur, so even expert riders stand to benefit from equipping their bikes with these onboard cameras.

When choosing what type of dashcam to get, you should consider your budget, how much security you're looking for, and how you'll use the equipment. Keep these in mind, and you're one step closer to more secure and comfortable riding.