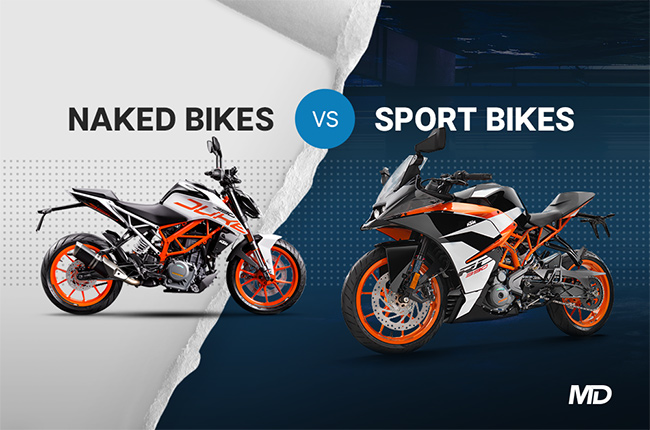 Nowadays, it’s not uncommon for major motorcycle brands to offer a naked counterpart for their fully-faired sportbikes. You have KTM’s Duke 390 for their RC 390, the Kawasaki Z650 for their Ninja 650, or the Yamaha MT-07 for their YZF-R6. While they may share some components underneath, naked bikes are more than just fairings stripped off their sportbike counterparts. In other words, taking out the fairings of a Kawasaki Ninja wouldn’t automatically reveal a Z650 underneath it. They differ in more ways than you think.

One’s preference over a motorcycle’s aesthetic design is a subjective matter and often could result in a lengthy argument. In other words, some people prefer the racing feel of a fully-faired sportbike, while others would argue that a motorcycle’s true beauty lies in its machinery that shouldn’t be kept hidden by fairings. 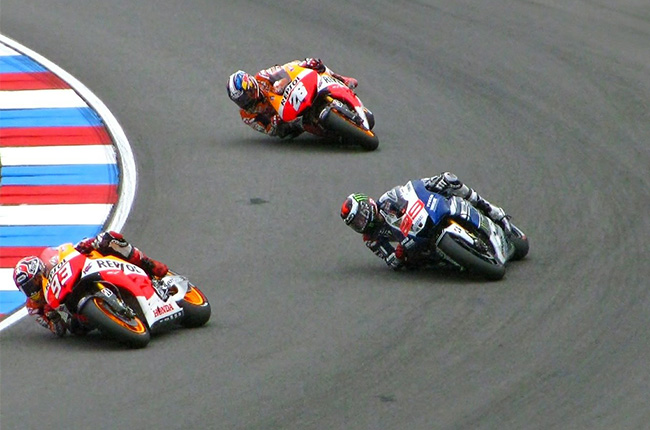 However, a sportbike’s fairings serve a very important purpose, more particularly in racing. They reduce air drag while at the same time, protects the engine from debris, and damage. In racing, they also serve as prime space for your team’s sponsors. Thus, people who prefer fully-faired sportbikes generally have a penchant for high-performance racing and enjoy the looks of the motorcycles that come with it. 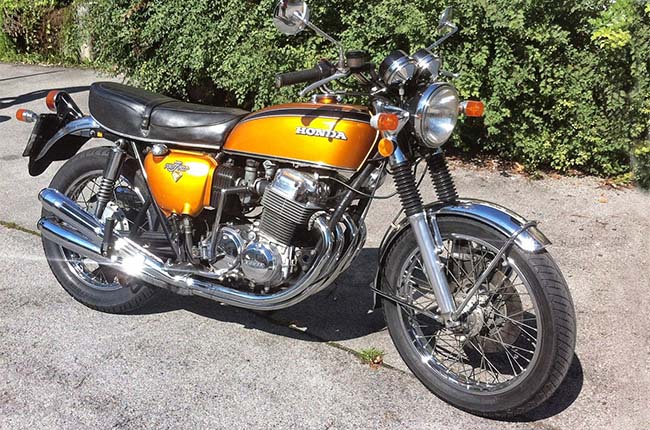 While others would prefer the more street-oriented feel that a naked bike’s charm comes with. By no means does it automatically mean that naked bikes can’t perform. Keep in mind that in the 1970s, the very first “superbike” that was capable of reaching top speeds of up to 201 km/h was the iconic Honda CB750, a Japanese standard or naked bike.

A sportbike’s layout would also differ from that of its naked counterpart. Generally, these kinds of bikes are built with a larger and longer tank with lower clip-on handlebars normally attached to the sides of the forks. Sportbikes also have a more rear set foot controls to stop the footpegs from scraping into the pavement particularly during cornering. Naked bikes generally have their foot controls more set in the center with a higher rising handlebar mounted on the bike’s triple tree. The placement of both the handlebars and the foot controls would generally affect the stance of the rider and the bike’s overall silhouette. 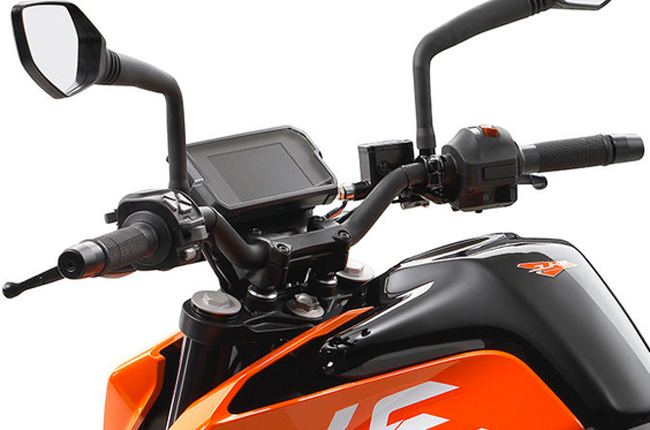 Because of the positioning of the motorcycle’s handlebars and foot controls, naked bikes generally have a more upright riding position. This gives them a more commanding view of the road ahead and allows them to be used with more comfort especially in long rides. Bumps on the road would be properly dissipated by the bike’s suspension and the centered foot controls would allow your legs to compensate for the additional shock on less worthy road conditions. 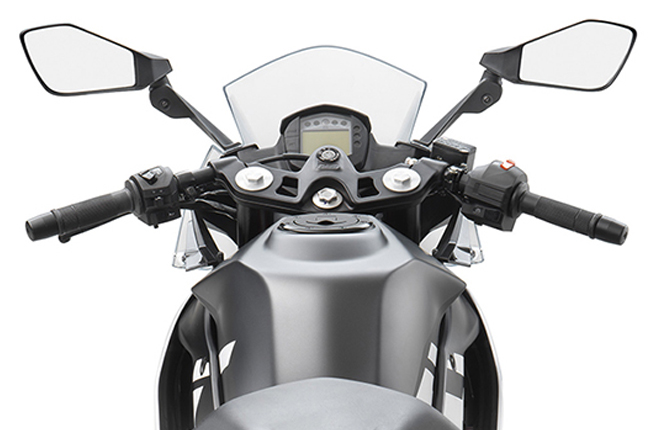 Sportbikes, on the other hand, have a more aggressive stance. The rider’s position is more hunched-over with his feet more set to the rear so as to reduce drag in high-speeds. However, traveling in long periods of time with this low-slung riding position could take a toll on your body. Riding on low-set clip-on handlebars could be very straining on your wrist especially when you encounter bumps on the road. The positioning of a sportbike’s handlebars and rear set foot controls are meant for riding in high-speeds. Normally, these bikes were built with the track in mind rather than a leisurely ride around town. Thus, you can’t expect comfort to be a priority when you have speed in mind. 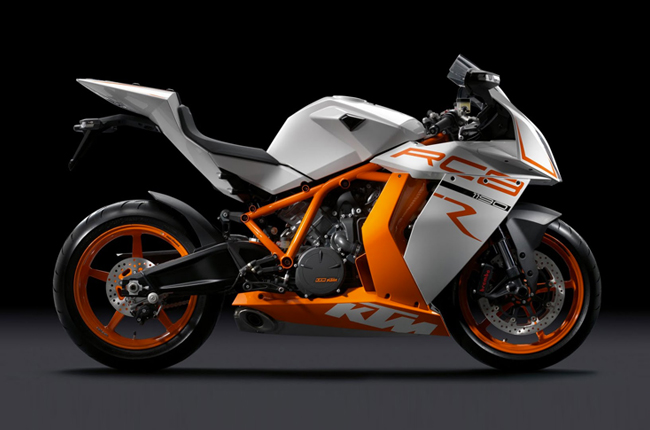 As mentioned before, sportbikes are built for speed and tearing up the track. Its engine’s tuning is likely mapped for performance and would usually give you more torque at the top end of the engine’s powerband. 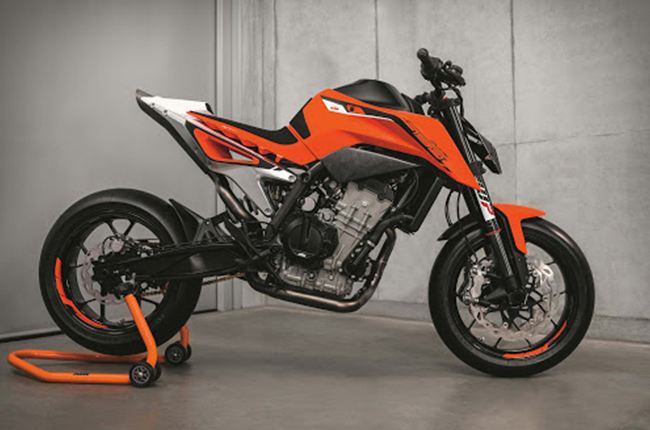 With naked bikes, while they may sometimes share the same engines as their sportbike counterparts, their tuning gives you more torque in the mid-range as they are mapped more for actual road usage. This results in delivering a more tamed power output with real-life road conditions in mind.

Because of the more performance-oriented traits that sportbikes have, they usually also carry a premium. Sportbikes are generally priced higher than their naked counterparts as they have more components that are geared for more performance and speed. However, naked bikes would still give you pretty decent handling no matter the size of the engine. The lack of fairings would also mean it would give you fewer panels to worry about and replace in case you drop the bike and end up scratching them. To give you perspective, the KTM 390 Duke is priced at P289,000 while it’s fully-faired sibling, the RC 390 is priced at P300,000, that’s a price premium difference of P11,000. While they both share the same engine, chassis, and other similar features, the purpose they are built for is different but either could suit your needs depending on your preferences.