It's the age-old question—who's more attractive, the motorcycle rider or the car driver? Everyone seems to have answers of their own, pointing to various theories, studies, and opinions. Riders swear that the inherent risk and danger they face every day is enough to make anyone swoon. While drivers maintain that the safety and simplicity cars bring are still preferable. Who's to say which side is right? We all have different tastes, and that's well and good, but solid research can often confirm the truth for many questions. In 2016, UK-based insurance company Carole Nash conducted a study on this very topic. The study asked over 1,000 subjects to rate the attractiveness of the opposite sex. The catch is, they had to assess the looks of people dressed in either riding gear or regular driving clothes.

The results are shocking if you're a car driver and reassuring if you're a biker. In 5 out of 6 cases they were asked to rate, participants chose those wearing riding gear. Each case put two photos of the same person side by side, one wearing regular clothes and one with riding gear. The motorcycle gear consisted of leather jackets, gloves, and some wore boots or held a helmet.

This could mean that what's attractive to more people isn't the act of riding a motorcycle but instead the clothes associated with it. It could be why 25% of males in the study said they would pretend to own any kind of bike, whether it’s a scooter or a naked bike. A further 31% also stated that they would actually learn how to ride a motorcycle if it impresses a potential partner.

That's not all, though. In the same study, 34% of participants stated that motorcycle riders were adventurous. 28% thought riders were daring, and 26% said they were fun.

Why motorcycle riding is attractive 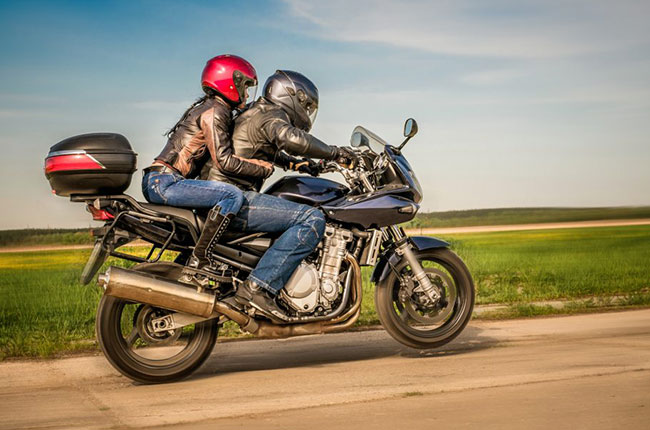 So, riders aren't short of compliments from a lot of people. Motorcycle riding has had a growing reputation over the years, perhaps because the public realizes it can be a safe and exciting way to get around town. Motorcycles have been romanticized in the past as vehicles for macho, devil-may-care men. This rings especially true in pop culture, where movies, books, and music may depict bikers as bold and adventurous.

Additionally, motorcyclists are typically in good shape due to the sheer physical demand of riding a bike. Bikers have to be able to handle hundreds of pounds of weight for hours at a time. This may contribute to the perception that bikers are fit folks, which can only add to their looks.

Car drivers, don't despair. You're still the choice of many men and women out there. In the Philippines, there's still a false notion that car owners are wealthy, and bike owners are, well, not. Suffice to say that this isn't the case at all. Sportbikes like the Ducati Monster 797 prove that bikes can be just as premium as cars.

As we've said, we all have different tastes. While the study mentioned above showed that more people are attracted to motorcyclists, a personal opinion should always be considered. So, there's really no need to fight over who's more attractive. There's plenty of fish in the sea, after all.