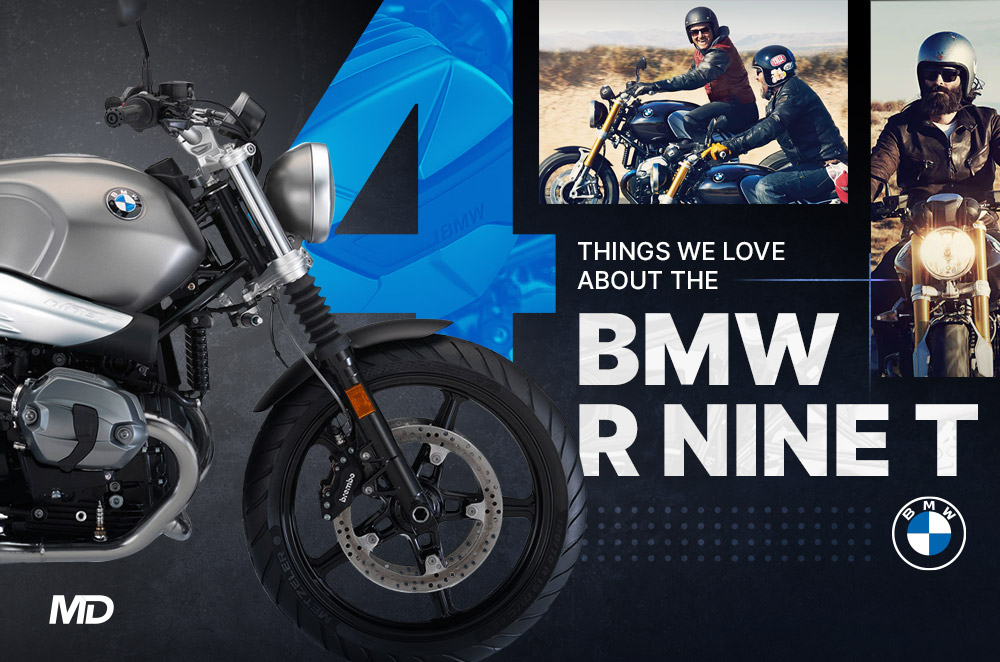 Neo-retro, retro-modern, modern-classic. Call it what you want, but there’s no denying that what started out as a design exercise in making new bikes look old has turned into an entirely new subcategory of bikes in today’s motorcycle industry. As it would turn out, people all across the world absolutely love the vintage aesthetic brought about by the dawn of the retro-modern motorcycle craze. With nearly all major motorcycle manufacturers featuring at least one retro-styled machine in their roster, there’s no doubt that this craze is more than just  a fad.

In fact, several modern-day motorcycle manufacturers dedicate their existence solely to the development and production of new bikes that look old. Think Royal Enfield, Moto Guzzi, and even boutique brands like Moto Morini. However, what we’re here to talk about today is one of the most iconic modern-day neo-retro bikes in the market, none other than the legendary BMW R nineT. Out of all the classic-styled bikes in the market today, very few have achieved the level of success that BMW has done with the R nineT. Loved the world over, this bike has a particularly strong following among enthusiasts in the Philippines. Let’s take a closer look at what makes this bike so special. One glance at any of the three iterations of the BMW R nineT instantly tells you that this bike means business. The most barebones of the R nineT family, the Pure, exudes elegance and sophistication, while remaining simple enough to provide a raw and exhilarating experience. The R nineT Scrambler, on the other hand, boasts a slightly burlier appearance thanks to its high-mounted exhaust pipes, and slightly longer travel suspension. Rounding it all off is the flagship R nineT, which boasts stunning gold anodized inverted forks, wire-spoke wheels, and a two-tone colorway.

Stylistically speaking, you can’t go wrong with any of the iterations of the BMW R nineT. It all boils down to the type of riding you intend to do, as well as the overall aesthetic you’re going for. Across all its variants, the BMW R nineT boasts iconic, unmistakable styling cues such as a large round headlight, muscular fuel tank, and top-notch fit and finish. For most, if not all motorcycle enthusiasts, style and aesthetics are only a part of the equation. A huge factor to consider when it comes to big bikes is indeed the sound. Now, multiple engine configurations result in various exhaust notes, as such some people are able to tell what type of motorcycle has passed by, just by listening to the exhaust note. That said, the BMW R nineT, even with the stock exhaust system, makes one of the most distinct engine sounds thanks to its horizontally opposed twin-cylinder engine, colloquially referred to as the boxer engine. Speaking of the engine, the BMW R nineT’s 1,170cc engine makes quite a lot of power. A total of 110 horsepower can be unleashed from this beast of a mill, giving the bike quite an impressive top speed. To make things even better, all this power is smoothly transferred to the back wheel via a driveshaft, which is significantly smoother and more refined than that of a conventional chain-drive system.

I’m about to purchase my first motorcycle. What should I look out for?

As is the case with many classic-styled bikes in the market, the BMW R nineT is a favorite among custom bike builders. Used as a blank canvass to unleash their creative potential, custom BMW R nineTs come in all shapes and sizes, and varying degrees of customization. In fact, BMW Motorrad offers a slew of in-house options for customizing the R nineT to your individual tastes. Dubbed the Option 719, it offers a wide range of accessories, color options, and design enhancements to further elevate the look and feel of the bike.

Now it’s unsurprising that a bike that is the perfect blend of style, performance, and versatility would come at quite a premium. The most basic R nineT, the Pure, starts at P995,000. As we move up the ladder, the R nineT Scrambler comes with a sticker price of P1,085,000. Lastly, the range-topping R nineT will set you back at least P1,255,000. Do note, however, that this price can go well beyond the P1.5 million mark, depending on the aftermarket options you choose.