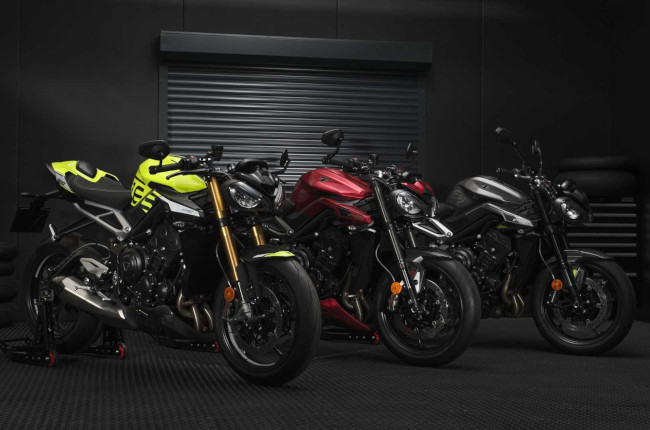 Last week, Triumph Motorcycles dropped a bombshell of an unveiling in the form of a triple-threat Triumph Street Triple lineup with two production models and a special-edition Moto2 variant limited to just 765 units for each color. 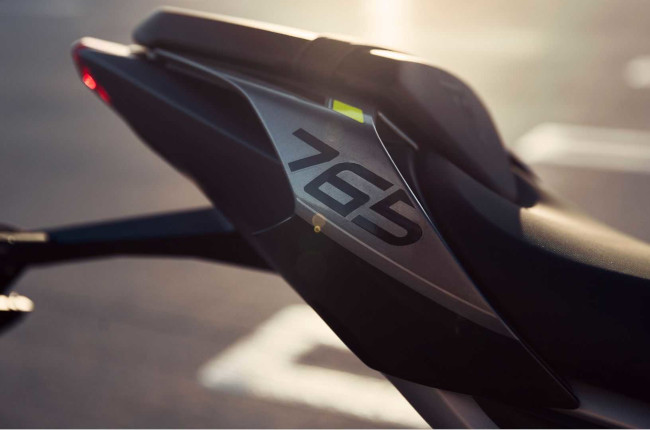 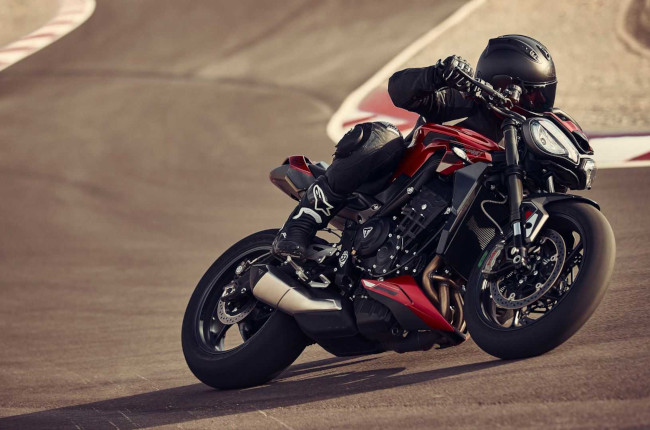 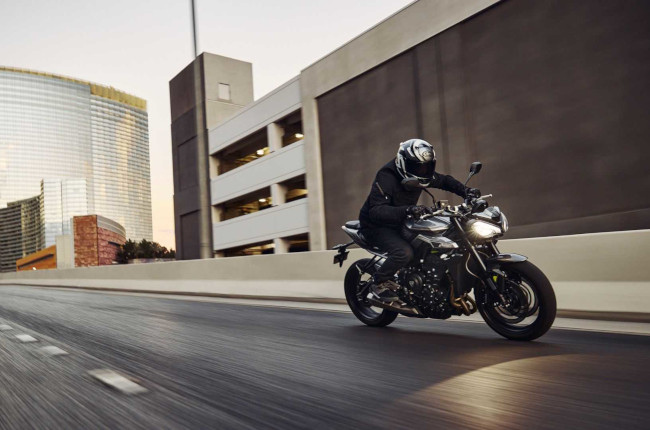 The Street Triple has long been a favorite among enthusiasts for its refinement and overall performance. The platform is one of the British brand’s most celebrated in the lineup and the guys over at Hinckley know this so the updates to the 2023 model year of the Street Triple are remarkable, to say the least. All of the upgrades are detailed in Triumph’s official launch video, but to help you follow, here’s everything that it covers.

Throughout all the variants. Triumph said that they focused more on the responsiveness and acceleration for the gearing of the Street Triple across all the variants. You also get a quick shifter as standard even on the base R variant which will be tons of fun for anyone. Also, Triumph updated the ergonomic package of the R and RS variants, with a 12mm-wider handlebar than previous models. This enhancement is native to the R and RS only as the Moto2 variant has clip-on bars. On top of that, Triumph has equipped its lineup with Inertial Measurement Units (IMUs) which enable cornering ABS, cornering traction control, as well as other advanced rider aids. Road, Rain, Sport, and one rider-configurable mode is available for the R, RS, and Moto2, with the RS and Moto2 variants getting a special track mode. 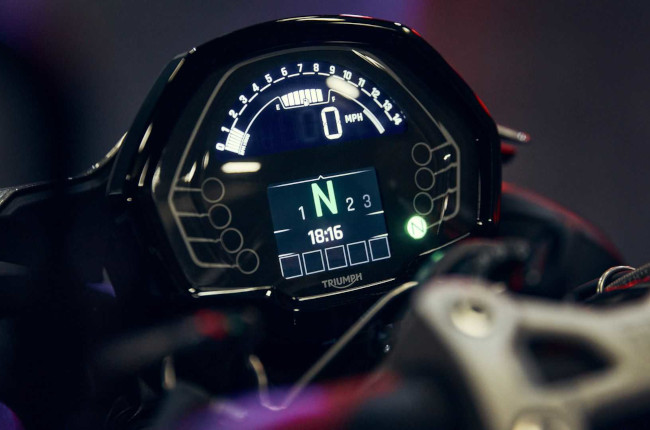 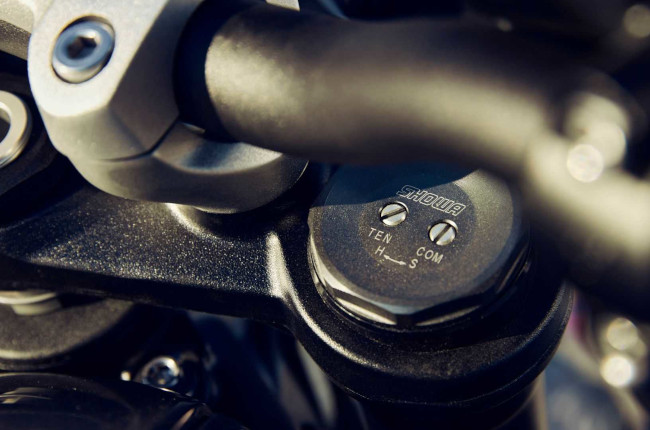 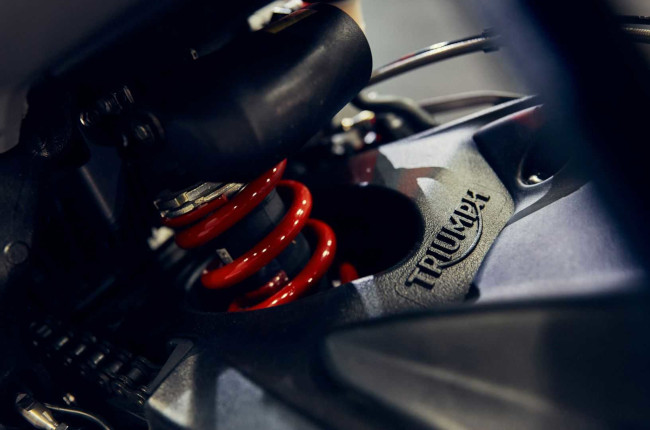 Starting out with the entry-level R, you get all the goodies that the old model had, but with modern touches added into the mix. Triumph has borrowed the instrument cluster found in the Trident 660 and adapted it for use on the Street Triple R. The liquid-cooled, dual-overhead-cam, 765cc triple engine now makes a claimed 118 hp at 11,500 RPM which is a few more horses up over the previous model. Some markets like Belgium, however, will get a horsepower figure of just 114 hp at 11,300 RPM. It shares the same six-speed gearbox with a slipper clutch as standard. You also get the same 41 mm Showa upside-down Big Piston Separate Function Forks (SFF-BP) which are both fully adjustable. At the rear, you get a Showa piggyback mono-shock that’s also fully adjustable. Braking is assured thanks to the Brembo M4.32 four-piston which is a decent mid-range caliper from the brand, but those who want better should consider the RS. 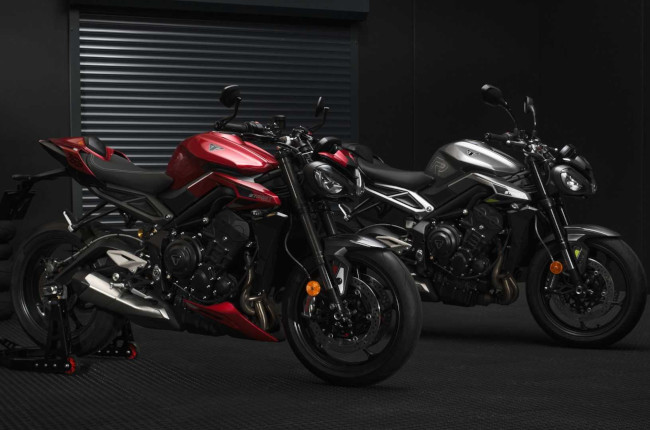 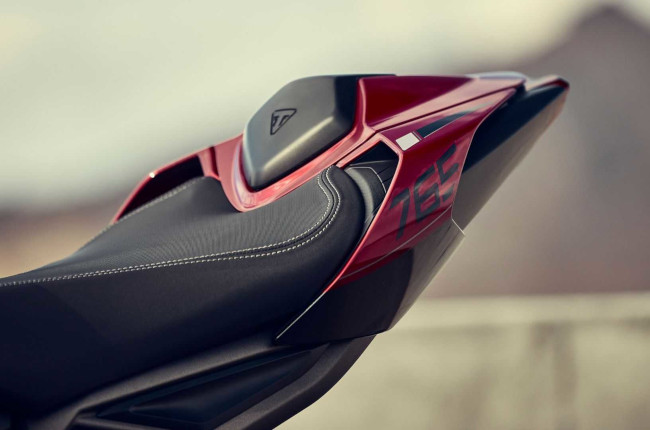 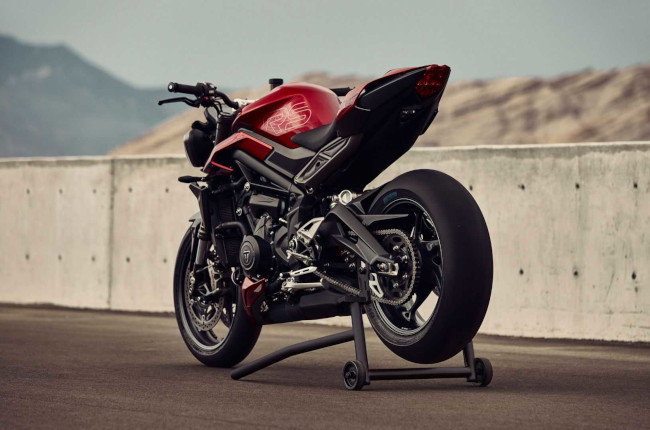 For the RS variant, you get a nice bump in power, from 118 hp to 128 hp at 12,000 RPM. It’s still mated to the same six-speed transmission with a slipper clutch and a quick shifter, but now you get better rubber, a set of Brembo Stylema calipers with 310mm discs in the front, a TFT display, the same Showa SFF-BP 41mm fully-adjustable fork, but now with an Öhlins STX40 piggyback reservoir fully-adjustable mono-shock at the back. 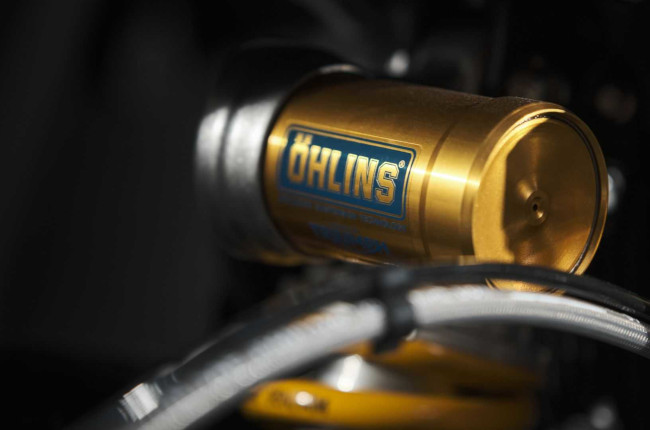 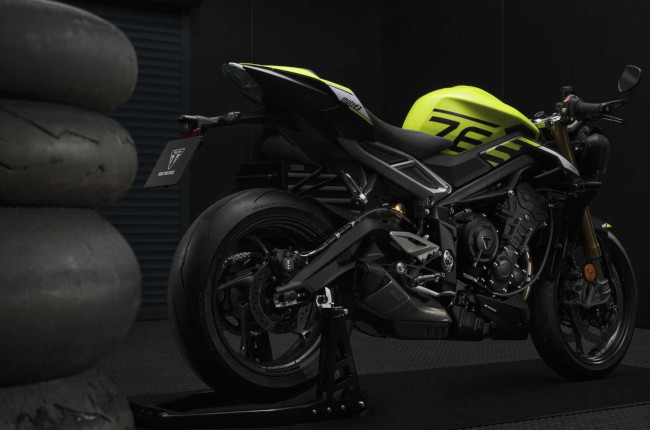 If you go for the Moto2 edition, you’ll be getting a sick package of race-ready components. Starting out with the ergonomics, the clip-on handlebars of the Moto2 edition feature a reach that is 80mm lower and 50mm further forward than the standard handlebar set up in the rest of the lineup. On top of that, it gets the Brembo Stylema calipers with an MCS master cylinder and 310mm floating discs, the Öhlins STX40 mono-shock, the TFT display, and the same optimized cornering ABS brought on by the IMU. However, the Moto2 edition gets a full Öhlins setup with the NIX30 fully-adjustable front fork, even stickier rubber over the R and RS, and some special touches like a number of the triple clamp of the Triple to tell you you got something special. Of note, there will be only two colors available for this special edition, and each color variation will be limited to 765 units worldwide.

Triumph also touched upon service intervals for the Street Triple lineup, and they said that you can get up to 10,000 kilometers between intervals or every 12 months whichever comes first.

As for price, expect it to vary per region, but the Street Triple R was announced with a starting price of about P600,000 or the equivalent of about $10,000 USD. We can expect this figure to go up given how Triumph Philippines prices its units. The Street Triple RS meanwhile starts at about $12,600 USD, and the limited-edition Street Triple Moto2 edition starts at about $15,400 USD. There is no word yet on the availability of the new Street Triples in the Philippines, but we can expect there to be some announcement in the near future a bump over current prices.