Kawasaki Motors Japan has just announced the introduction of two new motorcycles that will be launched this month. On April 4, the new Ninja 1000SX, a new touring-oriented sport motorcycle and Z-H2, a much anticipated naked hypersport bike, will be available in showrooms in Japan. 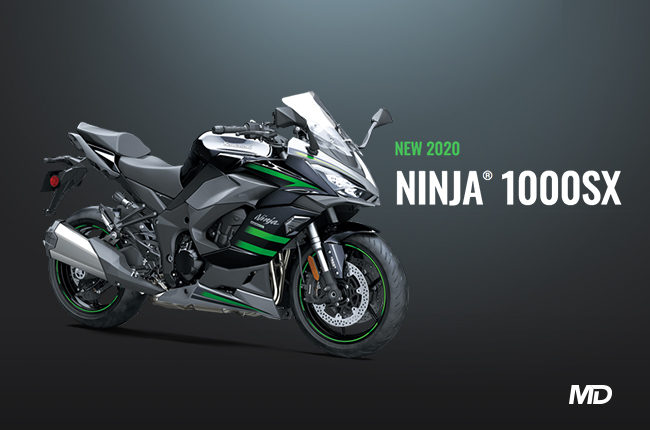 The Ninja 1000SX is gonna be the successor to the older Ninja 1000. The new touring-oriented sport bike comes with a more relaxed riding position as compared to more traditional sport bikes, a wider updated seat shape and a new windshield for more comfort for longer rides. It is powered by a 1043 cc liquid-cooled, 4-stroke, in-line 4-cylinder engine capable of churning out 140 hp and 111 Nm of torque. The engine is mated to a 6-speed gearbox with Assist & Slipper clutch and Kawasaki Quick Shifter (KQS) for clutchless shifting. The new Ninja 1000SX will allow you to pair your smartphone via bluetooth connectivity shown on a new 4.3-inch TFT color display screen giving you the ability to manage calls and control your music with the use of the control buttons on the handlebar. Other safety and tech features include Kawasaki Cornering Management (KCMF), Kawasaki Traction Control, Power Mode Selection, and the Kawasaki Intelligent Anti-lock Brake System (KIBS). 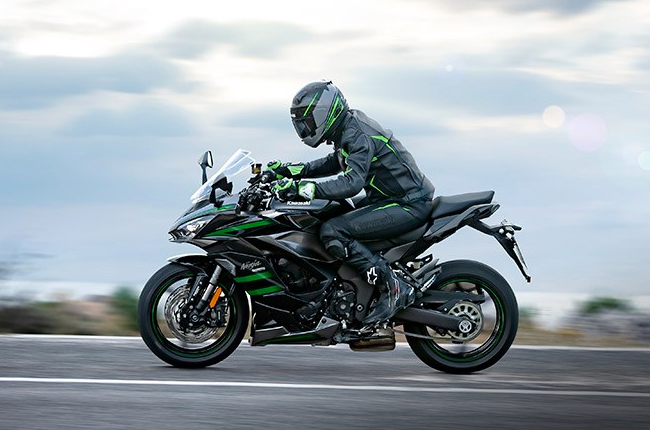 Kawasaki’s much anticipated and latest naked hypersport motorcycle has got its most loyal followers excited about its release ever since its first unveiling at the 2019 Tokyo Motor Show. The Z H2 is Kawasaki's flagship model under the Z series featuring a signature Sucomi design and a new green trellis frame modified for more street riding. Considered as the naked street sibling of the ZX-10RR, the Z H2 is powered by a 998 cc, in-line 4-cylinder supercharged liquid-cooled engine. It’s tuning is mapped for more low to mid-range grunt as compared to the ZX-10RR but nevertheless, it is still capable of 197.2 hp of power and 137 Nm of torque. Just like the Ninja 1000SX, it is also mated to a 6-speed gearbox with Assist & Slipper clutch and Kawasaki Quick Shifter. Kawasaki’s latest releases of it’s new motorcycles would always be good news for motorcycle fans and aficionados. People in the Philippines have been anticipating the release of the Kawasaki Z H2 since its announcement last November that it would be made available locally by the first quarter of 2020.