The Royal Enfield Himalayan is arguably one of the more popular adventure touring bikes in the local market. Loved for its friendly power band, relaxed ergonomics, fuel efficiency, and go anywhere capability, the Himalayan presents itself as a great all-rounder, geared towards the more adventurous side of things.

Royal Enfield Interceptor 650 - Beyond the Ride Capitalizing on the bike’s success, Royal Enfield Philippines launched the 2021 Himalayan in a virtual event held last night. Most notable of the new bike is the fact that it will be coming in 3 new colors to cater to the palettes of those who are adventurous in style and in spirit. Adding to the bike’s existing colorways are Lake Blue, Rock Red, and Gravel Gray. The standard Granite Black, Snow White, and Sleet Grey will remain available as well. 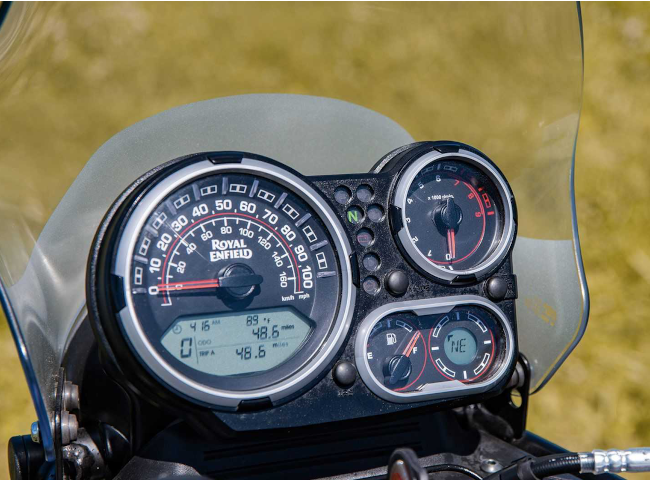 On top of the exciting new colors, the new Royal Enfield Himalayan will now feature programmable ABS, giving riders the option to switch it off when tackling aggressive off-road terrain. In compliance to safety standards however, only the rear ABS can be switched off. The rear brake has also been upgraded to improve feel and engagement translating to a more confidence inspiring ride. In the virtual launch event, Royal Enfield highlighted the new features of the updated Himalayan. Revolving around an undefiled sense of adventure, the new Himalayan is priced very aggressively at just P299,000. The Himalayan retains its 411cc air-cooled SOHC engine pumping out 24.5 horsepower and 32 Nm of torque. With enough power to take it on the highway, and its go anywhere capability, the new Himalayan is now available for test rides via Royal Enfield dealerships.