Adventure Cycle Philippines Inc. (ACPI), a company belonging to the Ayala Group of Companies has been the exclusive distributor of KTM motorcycles in the Philippines. They also built an assembly plant in Santa Rosa, Laguna for their smaller displacement motorcycles which is what’s been keeping the prices of the Duke range very affordable. This is the reason why we’ve been seeing a lot more KTM motorcycles on the road, like the Duke, and the track oriented RC range. 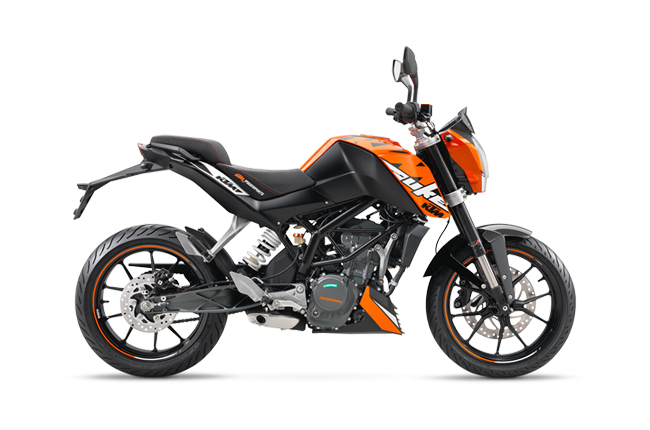 The Duke range is KTM’s naked street-oriented motorcycle. Its handlebars are positioned in such a way to give you a more relaxed stance. The smaller displacement 200 Duke is powered by a 200 cc single-cylinder DOHC four-stroke engine capable of churning out 25 hp and 20 Nm of torque with a ride-by-wire throttle. It’s mated to a 6-speed manual transmission with slipper clutch and comes standard with ABS. It comes in 3 color options, orange, white and black. It is now priced at P150,000. 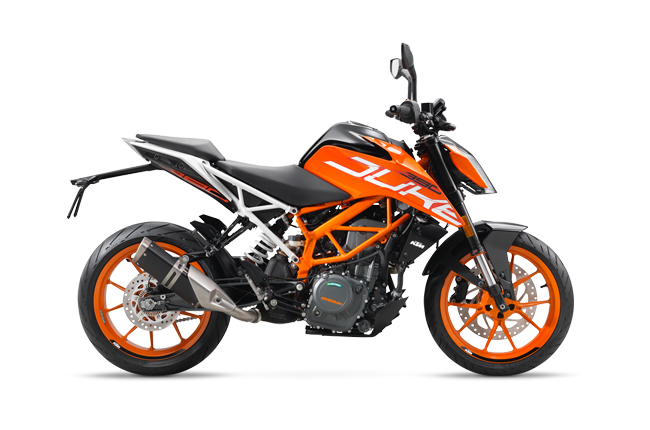 Meanwhile, the 390 Duke has a more updated design of its frame and body compared to the 200 Duke. Known as the “Corner Rocket”, it now sports a new TFT color display, giving you all the essential info you need for your ride. It is powered by a 373 cc engine with a power output of 43 hp and 37 Nm of torque with a ride-by-wire throttle. It’s mated to a 6-speed transmission with a slipper clutch and also comes standard with ABS. One of the new features is the “Supermoto” riding mode which disengages the ABS on the rear brakes allowing you to practice your rear wheel drifting skills for cornering fun, that’s if you’re up for the challenge. The KTM 390 Duke comes in two colors, white and orange and is priced at P289,000. 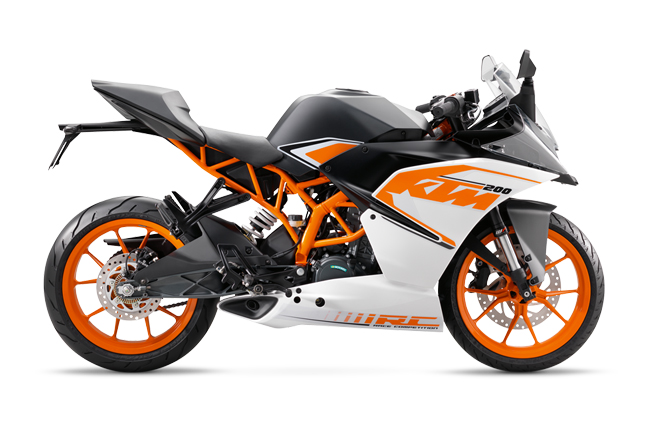 The RC range, on the other hand, is KTM’s more track-oriented fully-faired small sportbike. The RC 200 basically has the same engine configuration as the Duke 200 but with a more aggressive stance with its clip-on handlebars for that crotch-rocket feel. It is priced at P162,000 and is available only in a white & orange color option. 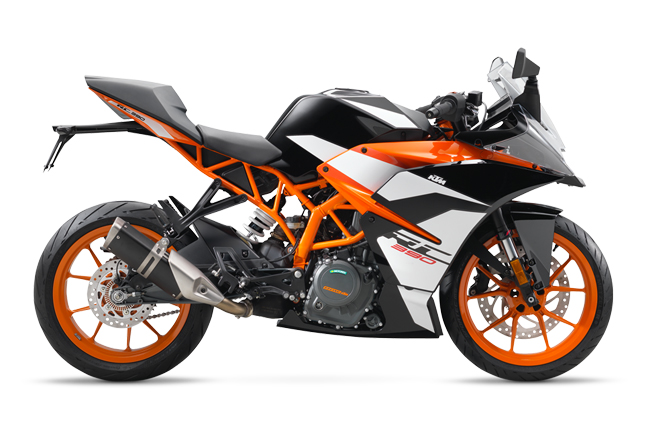 The RC 390 also has the same power plant as the 390 Duke, but with a fully-faired body and clip-on handlebars for a more aggressive stance. It comes in 2 color options, white which is priced at P279,000 and black, which is now priced at P300,000.