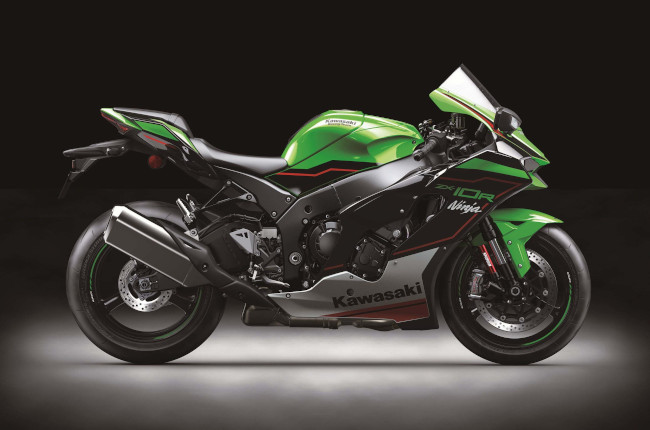 Kawasaki has begun selling its flagship supersport bike, the all-new 2021 Ninja ZX-10R in South East Asia.  Debuting in the Indonesian market just a few days ago, this liter-class superbike boasts years of championship-winning heritage in the global stage of motorcycle racing.  The bike features prominently in international motorcycle racing championships such as the WSBK and the legendary Isle of Man TT.

For 2021, Kawasaki has bestowed the Ninja ZX-10R with a slew of major updates which bring it at par with its competition from Japan and Europe. The new bike is faster, sharper, and more technologically advanced than ever before. For starters, the new Ninja ZX-10R has had some work done to its motor—a 998cc inline-four cylinder engine capable of producing a staggering 200 horsepower at 13,200 RPM. This engine is capable of pumping out a total of 210 horsepower, thanks to Kawasaki’s RAM Air induction setup. Apart from sheer groundbreaking performance this engine runs just a bit cleaner, too, as it now conforms to Euro5 standards. Engine aside, one look at the new and improved ZX-10R makes it clear to see that Kawasaki’s designers and engineers have been hard at work in revising the bike’s aerodynamic properties. A thoroughly redesigned front end with a menacing fascia not only improves downforce, but also funnels air into the bike’s induction system, increasing power output as you go faster and faster. One of the most notable features of the new ZX-10R are its aggressive winglets which have been specifically engineered to provide additional downforce at high speeds, thereby increasing lateral stability.

To make for an even sharper, more track-oriented ride, Kawasaki has revised the ZX-10R’s ergonomics by fitting it with lower-slung clip-ons, and even higher rear-sets. While this sounds like a recipe for a sore back and wrists on the street, Kawasaki has done this to optimize rider performance in racing situations—exactly what the bike has been built for. Speaking of performance, Kawasaki has integrated a suite of sophisticated rider aids consisting of traction control, cornering ABS, and even launch control. Everything can be accessed and configured via the bike’s new 4.3-inch full-color TFT display.

The Kawasaki ZX-10R is available in only one color option—Lime Green/ Ebony/ Blizzard White—which is more commonly known as the Kawasaki Racing Team (KRT) livery. In Indonesia, this cutting-edge supersport fetches IDR 520 million, which translates to around P1.8 million. For reference, the outgoing Ninja ZX-10R came with a sticker starting a P820,000. By the looks of it, the new bike will likely cost twice as much as its predecessor. However, given how much tech Team Green has stuffed into this machine, its premium price tag makes sense.