The Indian FTR 1200 has been introduced as a more road-going version of its famous competition-only FTR 750 flat-track racer. Borrowing the same design cues from American flat-track racing machines, the FTR 1200 slowly grew into a number of trim choices with the standard, S, Rally, and Carbon. Now, Indian Motorcycles is releasing yet another limited-edition version of its flat-track inspired motorcycle with the Ruby Smoke edition. This new limited edition color trim will be available for both the FTR 1200 standard and the top of the range FTR 1200 S. The FTR 1200 features a new sleek-looking satin finish paint with Indian graphics on each side of the fuel tank as a stripped-down version of the motorcycle with minimal riding aides, an analog speedometer, and a blacked-out front fork. Mechanically, no changes have been made on its engine with both bikes remaining the same. However, for those who would be opting for the FTR 1200 S Ruby Smoke Edition, they get to benefit from top-shelf hardware and components and enjoy more tech features. It gets a fully-adjustable Sachs suspension system and Brembo monoblock stoppers with Bosch cornering ABS for its braking duties. It also features an Indian touchscreen TFT dashboard with Bluetooth connectivity and a host of rider modes and settings that can be accessed and adjusted according to your liking. 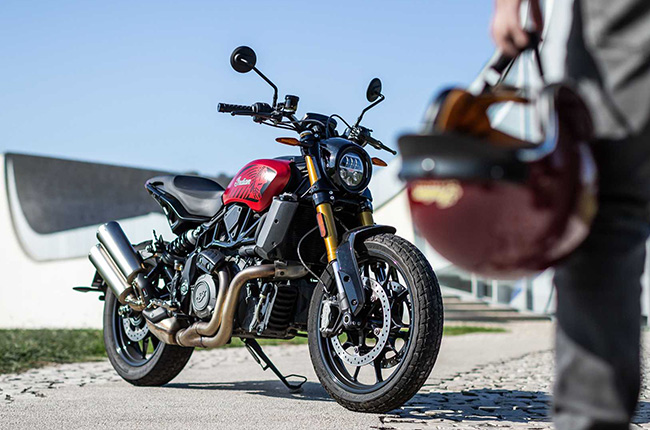