Harley-Davidson has been making the headlines as of late, thanks to its exciting new models which consist of the Pan America and the Sportster S. While these two new motorcycles clearly illustrate the future of this all-American icon, there is no denying that a very strong affinity continues to exist for the company’s more traditional cruisers. In fact, it was on these very classic cruisers on which Harley-Davidson has built its current reputation.

All that being said, it’s definitely very interesting to see Harley-Davidson continue to innovate and roll out new, special edition models of its traditional motorcycles. The latest of which comes in the form of a striking, limited release iteration of the Street Glide Special. Dubbed the Arctic Blast, this special edition cruiser evokes classic American styling with a sleek and subtle twist. A sharp departure from the stereotypical skulls and flames graphics found on other Harleys, the Arctic Blast is a thoroughly refreshing design, and incorporates strong contrasting colors and minimalist design elements.

Harley-Davidson is looking for riders to share their stories 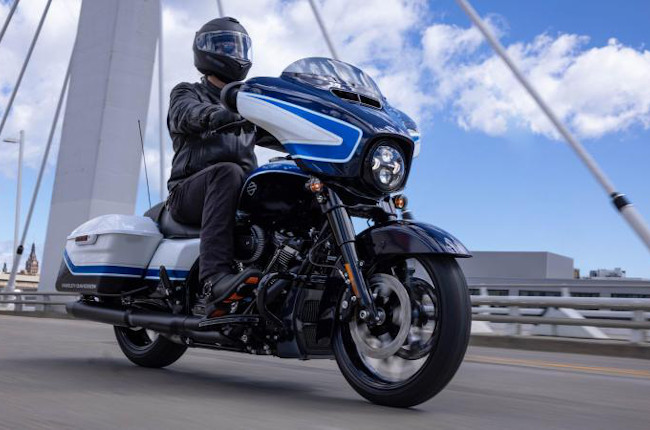 Only 500 examples of this limited edition motorcycle will never see the light of day. To make things even better, each and everyone of these bikes will be hand painted by renowned custom paint experts Gunslinger Custom Paint. Now, for those of you who are unfamiliar, Gunslinger Custom Paint is also the company which supplies the paint work for many of Harley-Davidson‘s CVO motorcycles.

If you take a moment to appreciate the finer details of this striking Arctic Blast paintwork, you will find that it features some very tasteful, albeit minimalist design elements. For instance, a subtle honeycomb pattern can be found on the front fairing and fender. Deep metal-flake blue accents can also be found on some of the bike’s bodywork. Apart from this striking new colorway, nothing in the mechanical side of the Street Glide Special has been changed. Now, we are uncertain whether any of the 500 units will be allocated for the Philippine market. Having said that, however, the Harley-Davidson Street Glide Special, in its standard color options, is available in the local market starting at P1,780,000.