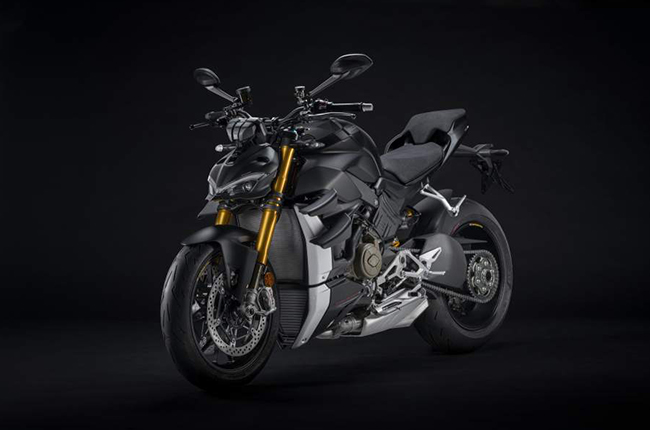 Ducati launched the groundbreaking Streetfighter V4 in 2019 to much fanfare in the performance-loving motorcycle community. Arguably the most technologically advanced naked bike, the Streetfighter V4 incorporates technology found on machines on the world superbike stage, tweaked for use on the street.

Sporting the Panigale V4’s 1,103cc, Testastretta, Desmodromic, 90-degree V4 engine, the Streetfighter V4 came with all the technologically advanced electronic doodads found on the supersport, shod in a sharp hypernaked package. It was, in fact, one of the first naked bikes to come fitted with winglets out of the factory. All that being said, just when we thought Ducati had reached the pinnacle of street performance, it would appear that the House of Borgo Panigale has yet another ace up its sleeve. You see, we could very soon be seeing an SP (Sport Production) version of the Streetfighter V4–similar to that of the Panigale V4 SP launched back in November 2020. So, what exactly makes the Streetfighter V4 SP so special? Quite a lot, actually. It’s 1,103cc V4 engine will be tuned to produce an eye-watering 208 horsepower—a figure which can be further enhanced with a few optional exhaust and ECU tweaks. Additionally, a whole host of track-oriented upgrades will come standard in the Streetfighter V4 SP.

If and when Ducati launches the Streetfighter V4 SP, we’d certainly love to see it on local shores. Until then, however, the Ducati Streetfighter V4 S continues to be the most performance-oriented naked bike locally available. At a price of P1,550,000, this bike offers superbike performance in an upright, street-focused package.