Just last week, we reported about Ducati releasing a new “White Rosso” livery for its Panigale V2 and it was quite a feast for our eyes. This time, Ducati introduced us to another “non-red” motorcycle, with its Multistrada 950 S, the brand’s adventure tourer. The new “GP White” livery of the Multistrada 950 S is inspired by the brand’s MotoGP graphics and the imminent return of MotoGP racing itself, it’s white base has intersecting grey tones with just the right hints of Ducati Red accents from the trellis frame, fairings, and tank, and alloy wheels.

Ducati released a new promotional video for the Multistrada 950 S showing off its new livery while riding around the beautiful landscape of the Motor Valley in Emilia-Romagna. It is powered by a 937 cc Testastretta Desmodromic engine capable of churning out 113 hp and 96 Nm of torque. Its lower seat height of 840 mm and a more manageable powertrain makes it an arguably more preferred ride when going off-road as compared to its bigger sibling, the Multistrada 1260. 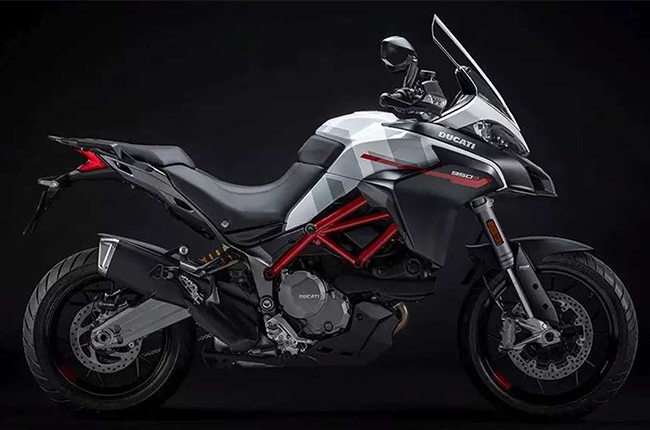 The S version of the Multistrada 950 means it gets all the electronic and safety features including the Ducati Skyhook Suspension Evo (DSS) system, Ducati Quick Shift up & down (DQS), full-LED headlights with Ducati Cornering Lights (DCL), a 5-inch color TFT display, a Hands-free system, Cruise Control with backlit handlebar controls, and Bosch ABS Cornering. It can also be purchased with either cast or spoked wheels for those who prefer more off-road use.

If you’re a true Ducatista who wants to stand out from the sea of signature Ducati red bikes that are spotted on the roads, this Multistrada 950 S in GP White could be the perfect adventure tourer to suit your deviant tastes. The new livery is set to hit Ducati showrooms around the world within the month. While we still haven’t received any official word from Ducati Philippines if and when the new white liveries will be arriving in our shores, we’ll be sure to keep our eyes peeled and ears open for any new updates once they arrive.