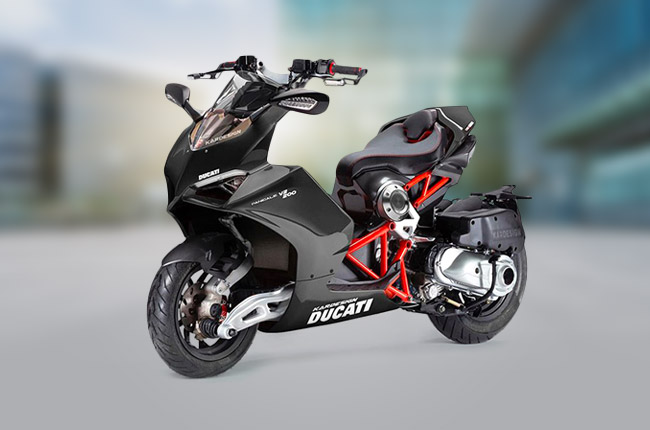 With the advent of modern technology combined with the skills and vision of a seasoned designer, concepts that once lived purely in their imaginations can easily make its way into a proper rendering for all of us to enjoy. Social media could be a treasure trove of imaginative renderings of remixes and mash-ups of motorcycles we’d perhaps never see in the metal. Yet, it still makes for great entertainment for all of us motorcycle enthusiasts and we couldn’t help but take notice of Kar Lee’s (@kardesignconcepts on Instagram) striking imagery in redesigning the Italjet Dragster and combining it with the Ducati Panigale V2 into one beautiful mash-up.

Kar Lee has a knack for creating some very visually pleasing motorcycles concepts. In the past, he already came up with a concept of a Honda CB1000R, conceptualizing how a naked CBR1000RR Fireblade would look like if Honda would produce one. His design rendering of the “Naked Fireblade” was eventually featured in an online motorcycle publication. In the past, he also predicted how a naked Ducati Panigale V4 should look like, and a few months later, a prototype of the Streetfighter V4 was released by Ducati. 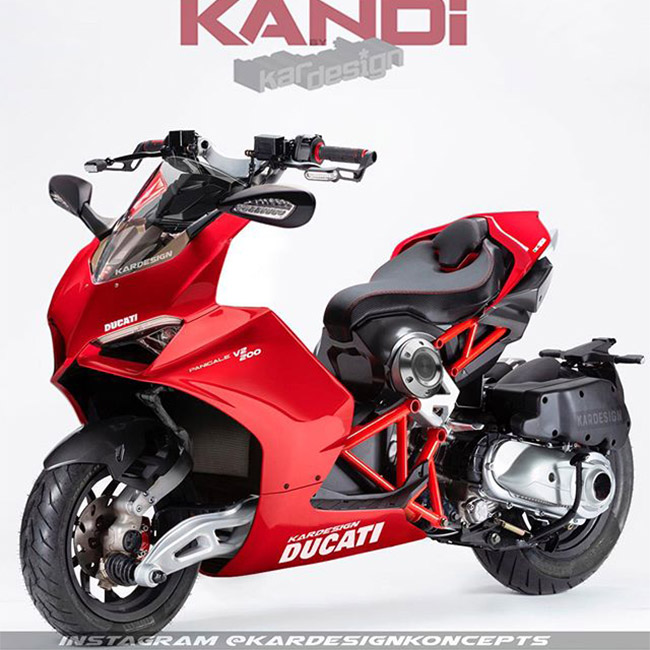 His latest rendering has a less plausible chance of coming to fruition, yet still worthy of a lot of praise for its eye-catching design. He takes two modern Italian icons, the Ducati Panigale V2 and the new Italjet Dragster combining elements of both designs into a beautiful maxiscooter. The Dragster by its own right is already a head-turner with its thought-provoking minimalist design showing its exposed trellis frame. Yet, his rendering dampens down its minimalist lines restricting the partially exposed trellis frame by combining it with the sharp fascia of the Panigale V2.

We highly doubt that this rendering would eventually make its way into its production stages. Unlike Young Machine magazine who comes up with their own motorcycle designs once they pick up some insider scoop from one of the ‘big four’ Japanese brands, the Dragster and Panigale mashup was purely a product of the artist’s imagination. Yet, it still makes a  really interesting proposition considering that the two brands are relative neighbors in the industry. Let’s just hope that just like us, they also take notice of the Italjet x Ducati scooter mashup.