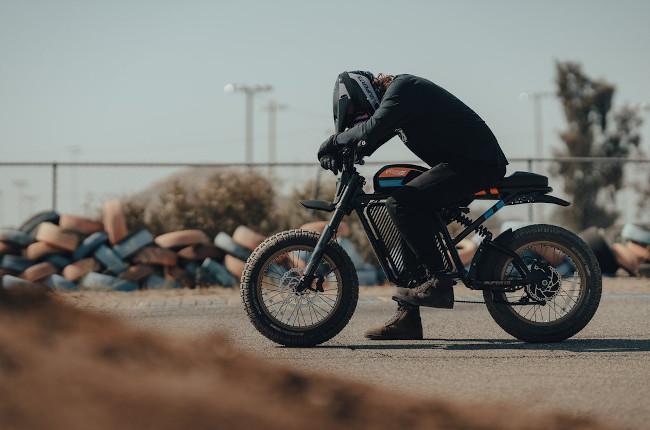 Hot Wheels has become a household brand name for kids all over the world. Known the world over for its unmistakable toy cars, Hot Wheels continues to be the world’s best-selling toy. The company has managed to keep a hold of its market share in the midst of the digital age, too. With video games, online events, and various activities, the Mattel-owner name brand continues bringing joy to the lives of both kids and kids at heart.

Would the Honda U-GO electric scooter make a good runabout for Philippine roads? Having said that, Hot Wheels has recently collaborated with electric motorcycle maker SUPER73 to bring us a new toy for the big boys (and girls). Based on SUPER73’s flagship electric bike, the RX, the limited edition Hot Wheels x SUPER73-RX has been unveiled, and it certainly looks like a riot of a ride. This high-performance e-bike packs quite a punch, and is capable of traversing some gnarly terrain thanks to its long-travel suspension and burly dual-purpose tires. It comes with pedals, so it isn’t an electric motorcycle per se, but rather an active mobility device. 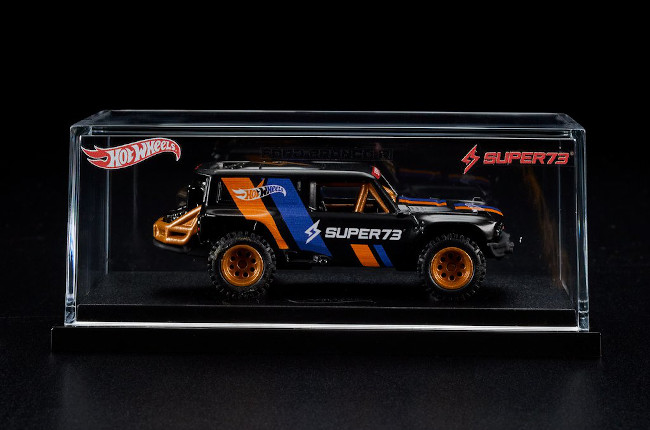 One of the RX’s outstanding features is its eye-catching livery. With the unmistakable Hot Wheels logo prominently displayed, and sharp orange and blue accents, this e-bike is certainly a head-turner. On the tech side of things, it gets a 960 watt-hour battery, and features four riding modes which can be toggled via the SUPER73 smartphone application. Its inverted front suspension features an air-assisted coil spring which can be adjusted depending on the rider’s weight. Out back, an adjustable mono-shock handles suspension duties, too. The RX also gets a lightweight aluminum frame, similar to that of premium mountain bikes.

Adorning the Hot Wheels x SUPER73-RX are loads of off-road go-fast goodies consisting of a custom leather embroidered Hot Wheels saddle, a Saddlemen handlebar pad, ODI Ruffian lock-on grips, and Crankbrothers Stamp 1 pedals—name brands familiar to those of you who are into the sport of mountain biking. What’s more is that every Hot Wheels x SUPER73-RX comes with its own complimentary Ford Bronco diecast model which features a bespoke SUPER73 livery. Only 24 examples of this gnarly e-bike will ever see production, so it isn’t likely that we’ll ever get this model here in the local market.