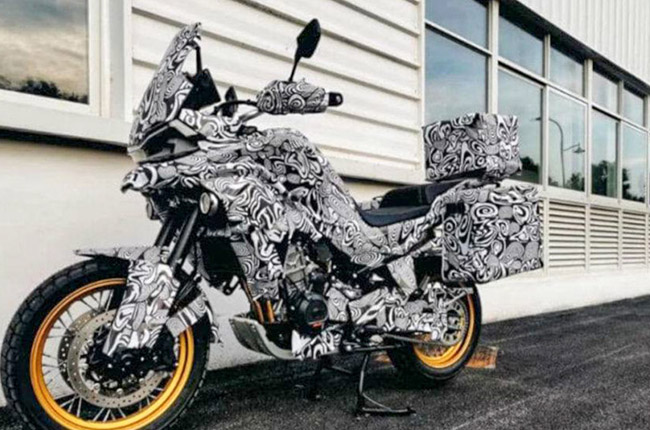 CFMoto and KTM motorcycles have already been working together for the past couple of years. It’s no secret that the collaboration between the two brands helped each other in developing and producing small to middleweight capacity motorcycles that started rolling out of their factory doors. There’s no doubt that the two have been sharing each other’s technological and engineering developments that lead to KTM’s 790 Adventure platform.

With that in mind, people started watching out for CFMoto’s answer to KTM’s middleweight adventure platform. However, CFMoto’s test mule for its 790 adventure motorcycle started surfacing online suggesting that the bike could be undergoing its final testing stages before it heads to production. Dubbed the MT800, not many details have been released by CFMoto about the forthcoming motorcycle. What we do know is that it will be powered by the same parallel-twin engine as the KTM 790 Adventure and Adventure R with a 799 cc displacement, albeit tuned according to CFMoto’s liking. Thus we can expect around the same power output of 94 horsepower and 88 Nm of torque. 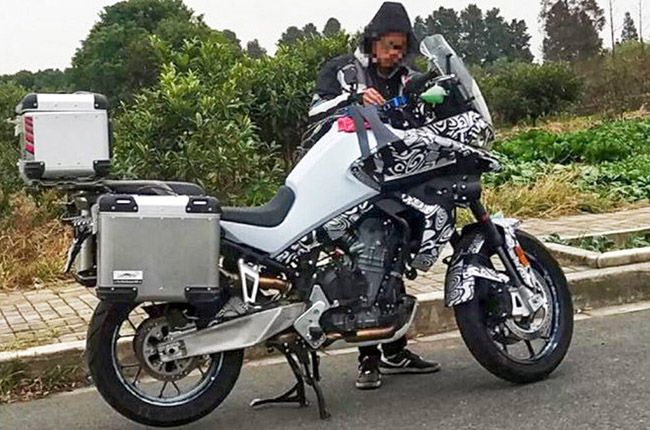 Spy shots of the test mule suggest that the upcoming MT800 may come in two variants, one for street touring, and one for adventure, as seen by the two-wheel options spotted on the test mule.  Meanwhile, its overall design borrows some familiar cues from the Ducati Multistrada and the Triumph Tiger 900’s headlight.

Other features that were seen equipped on the bike include auxiliary lighting, a sump plate, wire-spoke wheels, hand-guards, and some carrying cases. It is still unclear whether all this equipment would come as standard or as optional add-ons. The bike was also seen equipped with asymmetrical wheels with 19-inches up front and 17-inches for the rear with an inverted front fork and rear mono-shock to keep the bike aloft. A pair of dual disc brakes were also spotted on the front wheel.

The CFMoto MT800 was originally slated to begin production by September and make its debut as a 2021 year model. However, delays attributable to the global pandemic during the start of 2020 could have pushed back the launch of the new bike. In any case, as a 2021 model, we can expect CFMoto to introduce the new MT800 before the year ends.