BMW is at the forefront of developing one of the most advanced traction control systems in the motorcycle industry. In 2020, winglets were all the rage with Ducati and Honda bringing in the MotoGP inspired tech into its latest supersport bikes. BMW may have been a little behind the game when it comes to winglets. Yet for 2021, they ramp up its development of road-surface sensitive traction control technology that nobody else is doing and filed a patent for the new system. 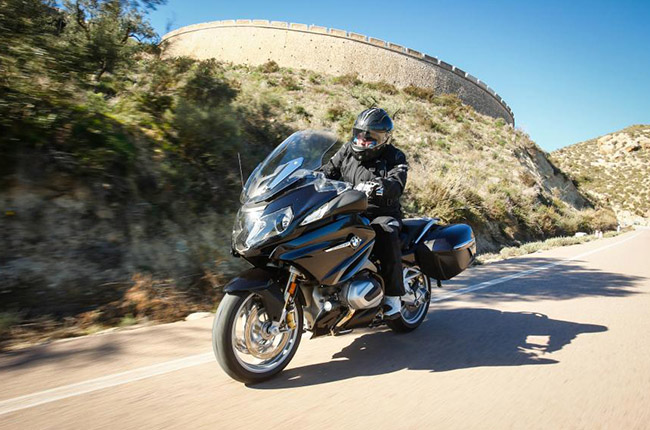 BMW’s new traction control technology is a new system that uses an array of cameras mounted on the front fairing, mudguard, and front forks of the bike. In addition, acoustic sensors are also positioned at the front and lower rear fairing. The whole system constantly monitors and scans the road ahead. Its cameras feed the information back into a control module with a computer program to build up a 3D image of the road ahead. The images captured are then compared to a library of images stored within the computer system and make the necessary adjustments of the motorcycle’s traction control and ABS settings to suit the road surface conditions accordingly.

The acoustic sensors pick up any changes in sound that the tires emit. Anybody riding a quiet motorcycle will know that moving from fresh tarmac to a rougher concrete surface would produce a distinct difference in noise and sound. With that, the BMW system would match it with its database and recognize what surface material is on the road ahead, again making the necessary adjustments on its traction control and ABS settings.

BMW’s new road surface-sensitive traction control system is a technological breakthrough that could be a godsent feature, especially when it comes to traveling in wet weather. Of the recent motorcycle releases, we’ve already seen lean-sensitive rider safety systems included in its features. With the Bavarian motorcycle brand’s new patent, the new technology would basically give the rider an additional set of eyes and ears to help the machine cope with the road conditions especially in changing weather conditions. As to what motorcycle this new tech will be seen still remains to be a question, yet we look forward to seeing it in the near future.