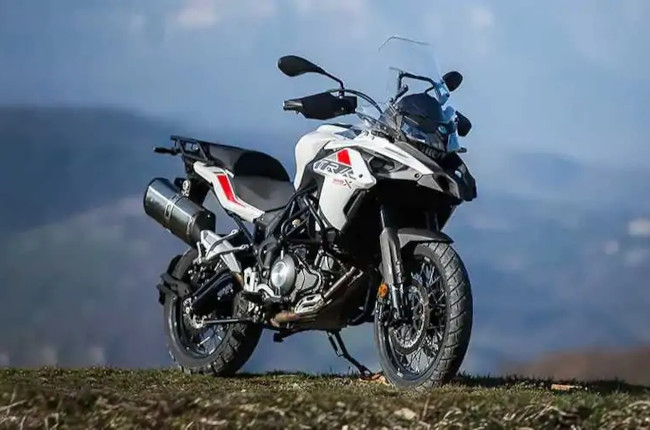 While a certain degree of apprehension towards Chinese-made motorcycles persists, there’s no denying that the recent crop of made-in-China motorbikes have drastically improved in terms of overall quality and reliability. Machines from brands like CFMOTO and Benelli have proven themselves on the global stage, and are in fact, bringing loads of innovation to the table.

In the latest news to come out of Benelli’s home country of Italy, it would appear that the Italian-designed, Chinese-made adventurer, the TRK 502, has achieved quite the sales milestone. Specifically, Benelli sold an impressive 3,649 units of the TRK 502 and TRK 502X between January 1 and June 30, 2021. This is a substantially higher number of sales when compared to the entire year of 2020, which totaled 3,569 bikes. It’s interesting to note, that breaking down the first half of 2021 sales figures, the street-focused TRK 502 only saw 683 units sold. Meanwhile, the off-road focused version, the TRK 502X made up the bulk of sales figures totaling 2,966 bikes.

“This performance is further confirmation of the choices we have made in the recent past, in wanting to give an increasing number of people the opportunity to enter the world of motorcycles. This is the greatest satisfaction for us!”
Gianni Monini
Benelli Italy Sales Manager This impressive achievement is further heightened by the fact that, for the first half of 2021, the Benelli TRK 502 has outsold the mighty BMW R 1250 GS in Italy. Meanwhile, in the Philippine market, the Benelli TRK 502 and TRK 502 X are budding performers in the local ADV scene. With their affordable price tags of P359,000 for the road-going TRK 502, and P379,000 for the off-road focused TRK 502X. Both bikes are equipped with a punchy 500cc, 360-degree parallel-twin which pumps out a decent 46 horsepower and 45 Nm of torque.