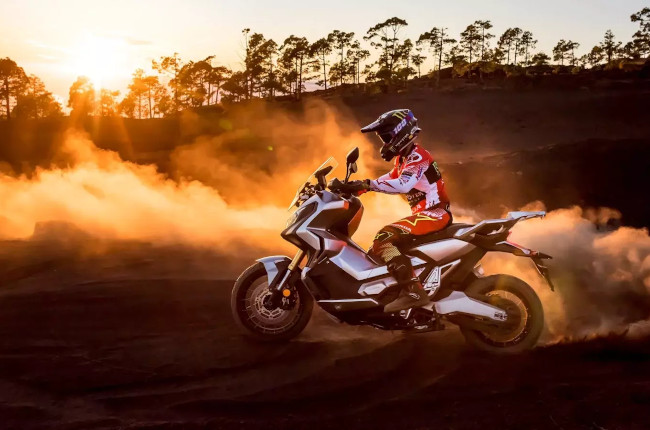 The good old scooter has come a long way from what it was before. Around two decades ago, the term scooter was synonymous to a barebones, basic commuter which had hardly any features other than two wheels, a seat, and an engine. These days, however, scooters are loaded with features that can put even full-size motorcycles to shame.

Premium scooters of today come equipped with some very nifty bells and whistles. From Bluetooth connectivity, to traction-control, and even selectable ride modes, the scooters of today are more than equipped to keep up with the lifestyle of the fast-paced, on-the-go commuter. With that, let’s take a look at some of the most techie scooters currently available in the local market. Starting off our list is the Yamaha Mio Aerox. This scooter is loved by many people thanks to its extremely versatile platform, and is now equipped with some premium features following its recent launch. It retains the same 155cc liquid-cooled, fuel-injected, single-cylinder engine equipped with Yamaha’s Variable Valve Actuation (VVA) technology which optimizes fuel efficiency at low rpms and overall performance on the upper reaches of the rev range. What’s more is that it now comes with Bluetooth connectivity via Yamaha’s Y-Connect app, and full LED lights. The top of the line Yamaha Mio Aerox retails for P132,900. The next scooter on our list is from Kymco, a Taiwanese manufacturer known the world over for its premium, value for money scooters. The Like 150i is Kymco’s most premium offering in the retro-styled scooter segment, and is further improved by the integration of Kymco’s proprietary Noodoe technology. This nifty tech feature enables the rider to connect the scooter to their mobile phone, access nifty features such as vehicle diagnostics and GPS, and even set a personalized wallpaper on the LED screen. Other than that, the Like 150i gets a 150cc fuel-injected motor churning out a decent 13 horsepower. It’s priced at P139,900 for the range-topping Noodoe variant. The Vespa GTS 300 Supertech is a scooter that needs no introduction. Loved the world over for its retro styling and unmistakable aesthetic, the Vespa is the ultimate chic and fashionable scooter. A status symbol, capable commuter, and tech-laden vehicle, the Vespa GTS 300 Supertech sits at the very top of the Vespa food chain and boasts a myriad of tech features such as keyless ignition, smartphone connectivity, and a USB charging port. The GTS 300 Supertech is powered by a 278cc single-cylinder engine which pumps out a health 24 horsepower, giving this stylish scooter some serious get up and go. It’s priced at a rather premium P408,000, but all these tech features make it worth the money. 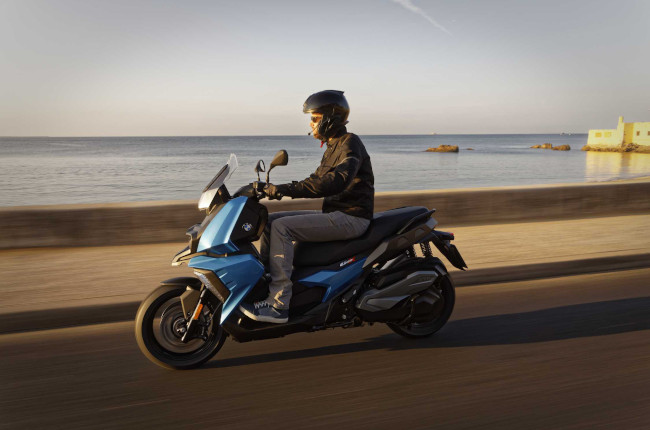 The BMW C 400 X is, in and of itself, quite a technological marvel. BMW’s entry into the rapidly growing dual-purpose maxi-scooter segment, the C 400 X gets the comfort of a scooter with the rugged spirit inspired by the BMW GS range of adventure bikes. Tech features included a mobile phone charging compartment with a built-in power outlet, LED lights, a digital instrument panel, and a built-in GPS navigation system. Powering this bike is a 350cc liquid-cooled,fuel-injected parallel-twin which churns out 34 horsepower. The BMW C 400 X is priced at P475,000. The Honda X-ADV has proven itself as a capable maxi-scooter on and off-road. The only expressway-legal scooter on this list, the X-ADV is equipped with a massive 745cc four-stroke, liquid-cooled, parallel-twin engine making 54 horsepower. It’s loaded with techie amenities such as a fully digital LCD instrument cluster, and adjustable windshield for adequate wind protection, and loads of other adventure-centric accessories. It’s by far the most expensive bike on this list at P830,000, but hey, you’re basically buying an adventure bike with an automatic transmission and scooter ergonomics.