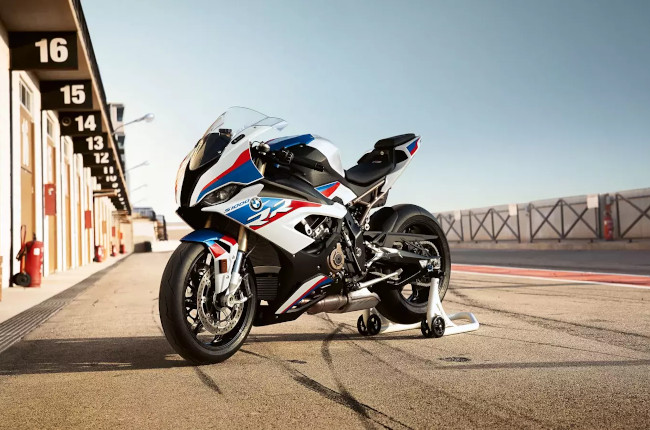 Riding a high-performance, top shelf, superbike is the dream of many motorcycle enthusiasts. Heading to the racetrack, attacking corners at full tilt, and experiencing the rush of acceleration are all things that the motorcycles in this list are capable of delivering with ease.

Today, we are going to share with you a list of 5 of the fastest street legal motorcycles you can buy in the Philippines. Do note, however, that these motorcycles are not for the faint of heart. These bikes deliver performance close to what you’ll find in race-oriented machines. As such, these are some of the fastest vehicles on earth. So, without further ado, here are the top 5 fastest motorcycles you can buy in the Philippines in no particular order. Starting off our list we have the beast from the east, Team Blue’s flagship liter-class superbike, the Yamaha YZF-R1. This high-performance machine makes use of Yamaha’s most groundbreaking technology consisting of an aluminum chassis, premium suspension and braking hardware, as well as a world class engine.

The YZF-R1 is powered by Yamaha’s 998cc CP4, crossplane, inline four-cylinder motor. This fire-breathing mill churns out an impressive 198 horsepower.  This gives the motorcycle a top speed in excess of 292 kilometers per hour. This puts it at par with some of the world’s fastest super cars, and a definite spot on this list. The 2021 Yamaha YZF-R1 is available at a sticker price starting at P1,099,000. The next bike on our list is also a Japanese sportbike which makes use of forced induction to further amplify its performance. On the green corner, we have the Kawasaki Ninja H2 with its 998cc liquid-cooled, fuel-injected, inline four-cylinder engine that churns out an impressive 197 horsepower.

A supercharger helps optimize the power and torque all across the rev range, and gives this bike an real-world, eye-watering top speed of 337 kilometers per hour. Its track-only sibling, the Ninja H2R, is even faster with its 326 horsepower engine capable of propelling it to a whopping 400 kilometers per hour. This makes the Ninja H2R the fastest production motorcycle in the world. The street-legal Ninja H2 will set you back P1,500,000. The next bike on our list, as well as the first of the European contenders comes to us in the form of the BMW S 1000 RR. We’ve talked about this bike quite a bit recently, as this bike was recently refreshed by the Bavarian manufacturer. It’s powered by a 999cc inline four-cylinder motor.

Featuring a host of electronic features, as well as cutting edge fuel-injection technology, as well as BMW’s proprietary ShiftCam technology, the S 1000 RR pumps out an impressive 205 horsepower. All this power is transferred to the rear wheel via a quick-shifter enabled six-speed manual transmission with gear ratios capable of propelling the bike to an electronically limited top speed of 299 kilometers per hour. The 2021 BMW S 1000 RR is available in the local market for a price of P1,895,000. The Aprilia RSV4 1100 Factory is an oftentimes underrated contender in the superbike scene. Perhaps because it isn’t as popular and as hyped up as the other bikes on this list. However, it is indeed a bike worth considering if you’re in the market for a machine that delivers outright performance. Equipped with a slew of technologically advanced rider aids, this bike’s raw performance is optimized to deliver the most tractable power delivery and razor-sharp handling as possible. Up next we have the Ducati Panigale V4 S. Ducati’s flagship supersport boasts some of the most groundbreaking technology to ever be found on two wheels. The House of Borgo Panigale has designed the bike around a space-age aerodynamic frame which has been engineered to be as light and rigid as possible. It’s cutting edge suspension and braking components offer the bike razor-sharp handling, making the Panigale V4 S one of the most potent superbikes on the planet.

Its engine is a 1,103cc Desmosedici Stradale 90-degree V4, which has been bred from years of competitive racing in both the MotoGP and World Superbike Championship. This liquid-cooled, Desmodromic valve-actuated motor pumps out an astounding 214 horsepower and 124 Nm of torque, making it the most powerful motorcycle on this list. All this power and torque propels the bike to a top speed of 327 kilometers per hour. The price for such performance, you might ask? An eye-watering P1,995,000.