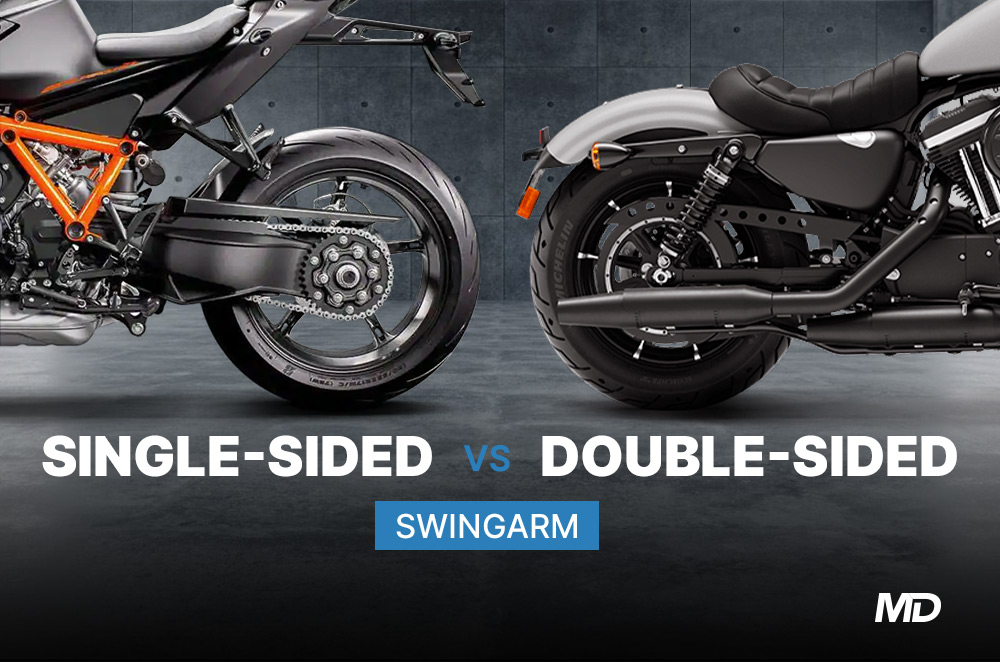 Motorcycles are built with a dizzying array of components. Designers and engineers continue to innovate with the materials they use and how they apply them. While there is some commonality between manufacturers, many of them keep their designs as trade secrets.

Every bike today features either a single or double-sided swingarm. Some brands stick with one type for all their models, and others are game to experiment to see what works best. Having said that, is one type of swingarm really better than the other? 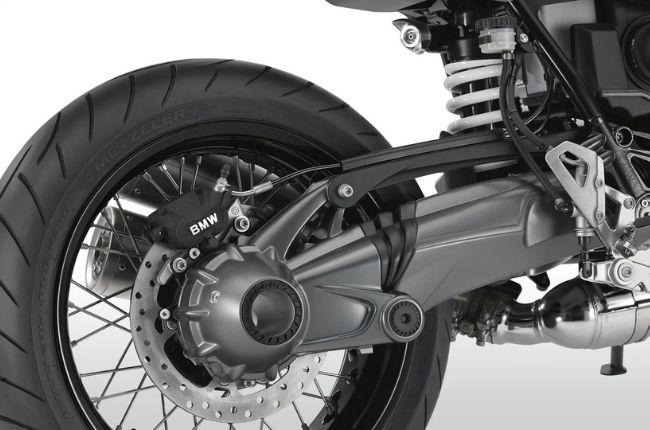 A swingarm, sometimes known as a swing fork or pivoted fork, is a mechanical component that attaches to a motorcycle's rear wheel. The swingarm connects to the bike's body and allows it to move vertically. It supports the suspension system by holding the rear axle and absorbing bumps on the road. The swingarm also has to take heavy suspension loads from the rider and lateral forces when cornering.

Early motorcycle designs did not feature rear suspensions, as their frames were not built to withstand them. Some earlier models did have them, but rear suspensions were not commonplace until after World War II.

The first rudimentary single-sided swingarms were introduced around the late 1940s. By the 1980s, manufacturers like BMW began incorporating it into their models. BMW is known for preferring the single swingarm design for most of its bikes. The German brand's system allows its motorcycles to save on weight while making it simple to remove the rear wheel.

This brings us to the true advantages of single-sided swingarms. This setup can make chain maintenance and rear wheel removal easier. That's because the single swingarm design holds the chain, axle, and sprocket in place so the wheel can pop off the axle quite readily. At higher levels of performance, a single-sided swingarm means less unsprung weight on the motorcycle, which means that you can expect performance gains, again, at the highest levels of performance.

As for drawbacks, single-sided designs are typically limited to higher-end motorcycles like the KTM 1290 Super Duke R. This setup can be more complex and expensive to produce. Plus, they also have to be stronger than their double-sided counterparts to keep the bike stable. That said, many modern scooters feature single-sided swingarms due to how their driveshaft assemblies are designed.

Meanwhile, double-sided swingarms are featured in bikes like the Harley-Davidson Iron 883. In fact, most of Harley's designs feature a double-sided setup. This swingarm type is highly rigid, cheap, and easy to mass-produce, so it's a favorite among many manufacturers. They also make weight distribution easier, as the two swingarms equally attach to both sides of the rear wheel. 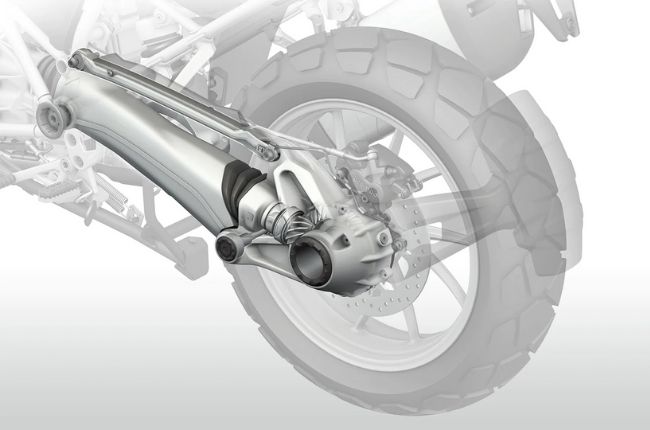 One isn't better than the other per se. Whether it's a single-sided or double-sided setup, performance depends heavily on the design and engineering of the motorcycle. While single-sided swingarms do offer advantages such as easier chain maintenance and simpler rear wheel removal, these generally do not warrant an increase in power or handling.

Some believe a single-sided setup looks better than a double-sided one, but that is subjective. A bike's looks have to be considered in its entirety. However, some bikes do benefit from having a single swingarm in tow. What we can say is, don't decide on a motorcycle based on the swingarm type. Unless you really like how one looks, you may not notice the difference either way.