Ok, before we start, we’re not responsible for any fights, arguments, breakups, or debates that may occur should you follow through with any of these suggestions. We would like to reiterate that everything in this article is merely a suggestion nothing more. Be sure to weigh your actions accordingly, and remember ladies and gentlemen, communication is key!

Anyway, it’s a complex and often talked-about topic among motorcyclists. If you’re new to the world of two-wheels, often the biggest hurdle would be to get the rest of your family to accept your new hobby.

Casually slip the topic in conversation This requires a bit of finesse. If you try and ask outright without context, then it’s probably going to bite you in the butt. Unless your family has motorcycles at the house unless some family members are riders themselves, then it might be improbable that you’ll get a yes right off the bat.

Try and ask questions that don’t pertain to you. What we mean is, you should ask questions like “what do you think,” “does this look cool,” “have you seen the motorcycle news lately,” “does anyone else in our family ride motorcycles?” things like that to sort of get them accustomed to thinking about bikes. Some family members are sharper than others, and will immediately pick up on what you’re trying to get at. If so, simply brush it off and change the topic.

If you do this a number of times, eventually, they’ll get used to your antics. The point of this is to get them used to associating you with a motorcycle so they’re not that shocked when you do eventually buy one. It is important to actually introduce them to what you want to buy, however. Make sure to look at the appropriate type of bike, be it an adventure, naked, classic, or even a cruiser so they’re familiar with the type of bike you’re lusting after.

Watch videos related to safety, but get “caught” watching

So here’s another trick you can do to acclimate others to the idea of you riding. Watch a motorcycle safety video. It could be about helmets, or it could be about riding safety. Make sure you’re not just putting on a show, you actually have to watch the videos and understand what it is trying to say.

Perhaps you’re sitting together, or you’re in the same room. Try and make them ask, “what’s that?” Then don’t try and hide the fact that you are watching a video about motorcycles. Just go on and share it with them. Gauge their reaction accordingly. Try not to show them reviews first, instead show something that is less bike-specific and more safety-specific so it’s not as obvious that you’re buying a bike. Then when they leave, that’s when you can bust out the reviews and bike pornography. 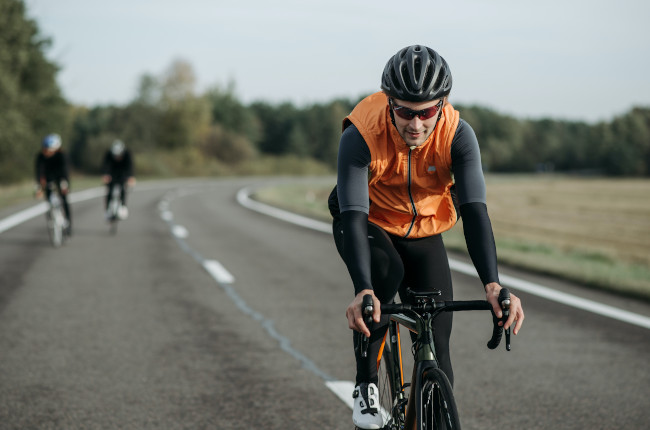 Here’s a fun couple’s activity for you to do. If your significant other is rather comfortable with the idea of you riding a bike, then perhaps you can start out on bicycles first. By doing this, you can orient your body and mind and also orient your partner’s disposition concerning vehicles of the two-wheeled variety.

It could be a fun couple’s activity for you to do, and if you’ve never been on a bicycle before want to learn how to ride a motorcycle, it’ll come much easier once you have a motor between your legs.

Buy something, just not a motorcycle—yet

Cover your bases first. Get a helmet, buy a jacket, get some gloves or boots. Do not buy the bike yet. Try and sneak in a few gear purchases before you get the bike, so once you do, you hit the ground running.

Get a good-quality helmet. Pay attention to the quality of the helmet so that whoever sees it knows you are serious about safe riding. Also, don’t forget the other beginner essentials as well like gloves, pads, and boots. You’re more likely to end up in a slow tumble your first few months of riding, so make sure you prepare your lower half for when you do eventually drop a bike. Better to drop a good amount of money, rather than a motorcycle on an unprotected part of your body. 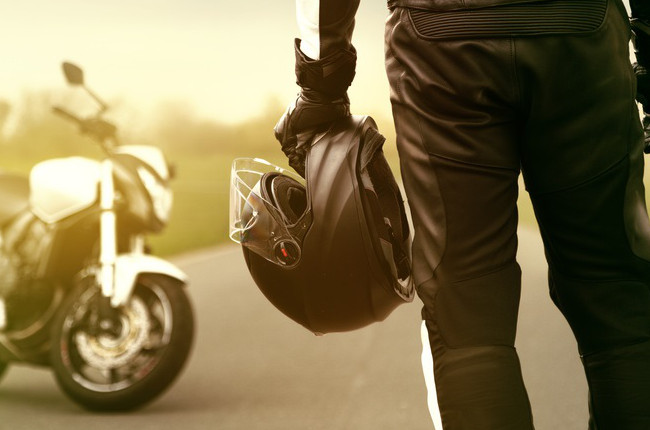 There are quite a few riding schools here in the Philippines that teach you the basics of how to ride a motorcycle. Take a training course like that first, but let your family know that you will be attending. The point of this exercise is to establish trust. Don’t go off without telling anyone just yet. Make sure that you understand how to ride first before you actually buy a motorcycle. Otherwise, it will just come off as irresponsible.

Learn how to ride with a passenger 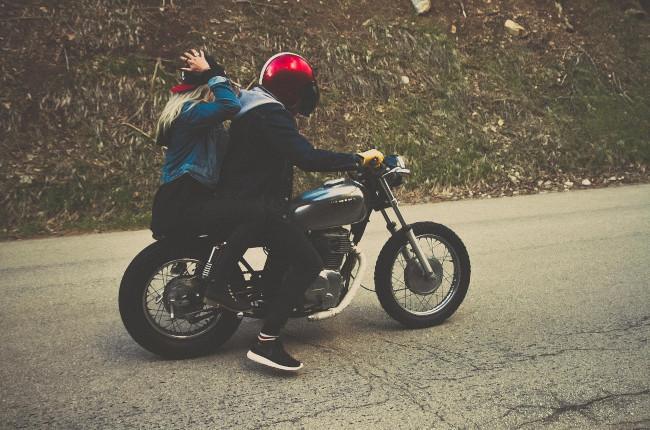 Also, make sure to take the proper steps and learn to ride with a passenger. Your wife or girlfriend should feel safe in capable hands, not a wobbly mess like some riders. Take the time and effort to learn how to ride two-up so you can share the wonderful experience of being on two wheels. So after you’ve done everything, ask permission if your significant other has been nodding along and okay with the idea of you riding. Of course, get a feel for how your partner is reciprocating your suggestions then act accordingly.

Try to catch your partner in a good mood. Perhaps get a gift, or treat them to dinner and announce it casually. If it’s your wife you’re dealing with, you may want to tread a little more carefully. It’s the dirty little secret of many motorcyclists. As the saying goes, it is easier to ask for forgiveness than it is to ask for permission. Buy the gear, buy the bike, and then just come home one day. Then deal with it later.

Of course, this is the most dangerous method. While this may work for a lot of people, it might not work for you. You can still choose this option, and still come out with a motorcycle and an intact relationship, but you might be rolling the dice a little bit.

While this is an option, make sure that you’re not placing yourself in financial jeopardy otherwise, you’ll be asking for more than just forgiveness.