CFMOTO is fast becoming one of the most innovative motorcycle manufacturers in the world. First it dazzled the first-time big bike market with the 400NK and the rest of its entry level offering. Next, it stirred up the middleweight segment with the 700 CL-X range of Neo-Retro bikes that punched well above its weight class. After that, it took on the middleweight ADV segment with the KTM-derived 800MT. Now, it’s about to disrupt the sportbike segment with its newest masterpiece, the 450SR.

The new CFMOTO 450SR isn’t the Chinese manufacturer’s first foray into the world of sportbikes. The 300SR, based on the popular 300NK platform, is extremely popular among folks looking for a sporty commuter and occasional track machine that’s easy to use and affordable to buy and maintain. Now, CFMOTO has outdone itself yet again with the 450SR. On paper, there’s tons to love about this bike, and we can only wait and see until we get our hands on this peach of a sportbike. Let’s take a look at why we’re excited about the new 450SR. 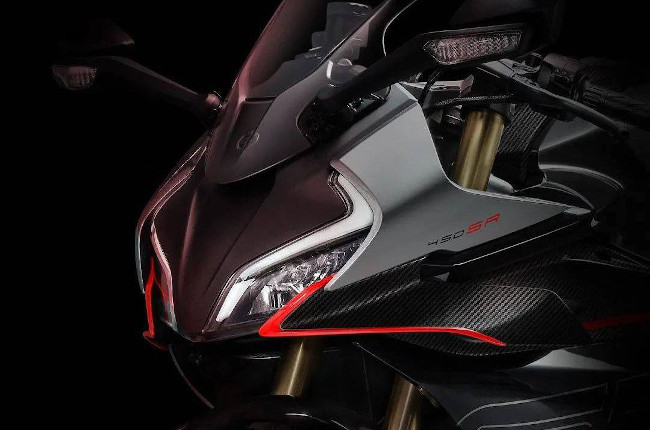 The first thing that struck us when we were scrutinizing the spec sheet of the 450SR was its engine. Sure, a 450cc parallel-twin isn’t exactly anything special per se. However, we found out that it’s expected to come with a 270-degree crankshaft. For those of you unfamiliar, this engine configuration is similar to what we get in the Yamaha MT-07, a bike that’s loved for its powerful bottom and mid range, as well as its exhilarating exhaust note.

It’s worth noting that the production ready 450SR is the first parallel twin of this displacement to feature a 270-degree crankshaft. In an industry dominated by rather anemic parallel-twins equipped with a 180-degree crankshaft, suffice it to say that from its engine alone, the CFMOTO 450SR will prove to be a strong contender against the likes of the Ninja 400 and KTM RC 390. 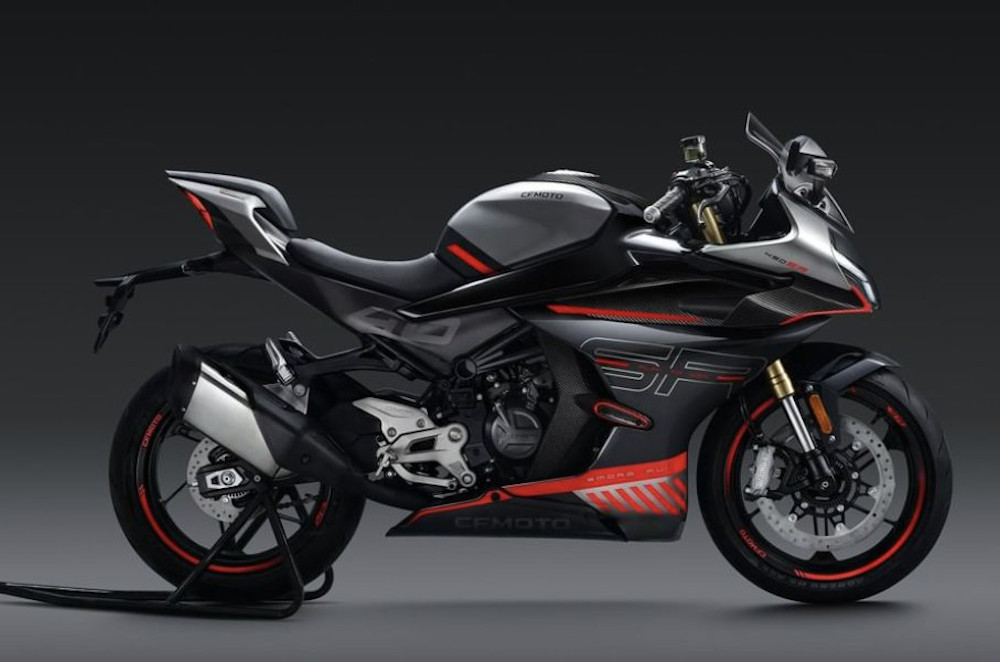 If you’re thinking the engine alone sets the 450SR apart from the competition, then you’re in for a pleasant surprise. The CFMOTO 450SR also gets top-shelf componentry considering its class. For instance, it gets Brembo brakes up front which features dual-channel ABS as standard. Furthermore, adjustable suspension components from KYB make a reappearance on the 450SR. It’s a shame, however, that the SC Project racing exhaust system found on the display model at EICMA 2021 was replaced in favor of a more affordable in-house unit. 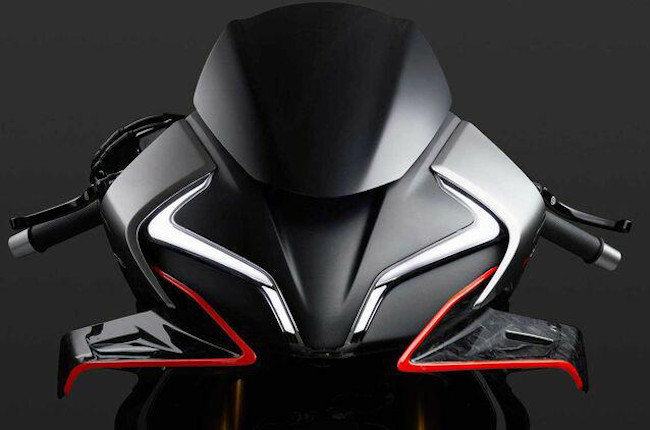 Of course, when it comes to styling, CFMOTO has long since hit the nail on the head. Ever since it released the 400NK naked bike, CFMOTO captured the hearts and minds of Filipino motorcycle enthusiasts. Now, with the 450SR’s ultra-sleek, razor-sharp styling, it goes without saying that it will tickle our never ending fondness for all things sporty. On display is extremely sharp bodywork complete with everything you’d expect from a high performance sportbike. At a glance, it would be easy to mistake it for a bike with twice the engine size. 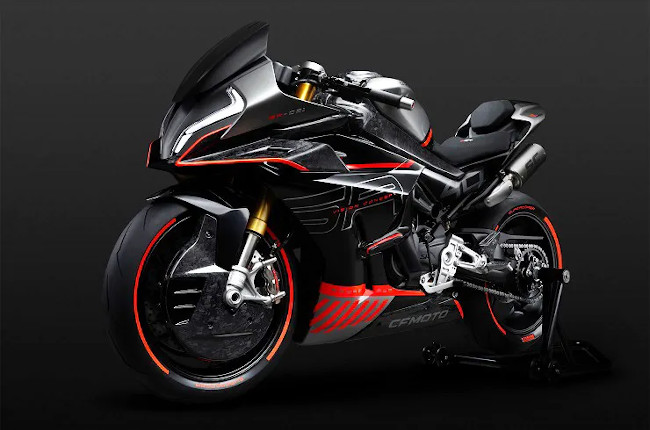 While the CFMOTO 450SR has been released only in China as of now, we do know that CFMOTO is known for its extremely competitive pricing.  For reference, the 450SR retails for the equivalent of around P255,000 in China. Should CFMOTO be able to carry over a similar pricing figure for this bike if and when it launches in the local market, you can almost be certain that bikes like KTM’s RC 390 and the Kawasaki Ninja 400 will be shaking in fear.