Electricity, what a wonderful thing. It lets us type our articles, and bring you content. Said content then goes to your devices, which also powered by moving electrons. What a technology to have in this day and age. Considering that a lot of the electrically powered vehicles are getting more and more accessible as the technology gets cheaper and cheaper, it is a wonder to see consumers partaking in the EV craze as of late. 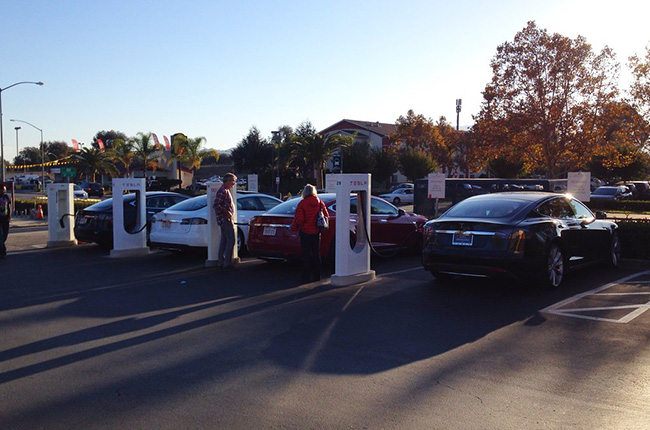 Brands like Tesla are a recognizable force in the industry, pioneering some of the most innovative four wheelers powered by batteries to let you go the distance. Extended range has benefited the EV industry, because the father you go with a single charge, the better the experience will be.

Something as gargantuan as a car will require a lot of batteries. What if you need something small because you live a block away from your workplace, or traffic and parking is so bad that you could have just walked and arrive on time and sweaty? In the city at least, even the smallest of cars find themselves caught in the traffic of the Metro. But hear us out, a two wheeler will always be smaller than almost anything on four. The width lets you take smaller roads without a problem, and it lets you filter through traffic and skip those long waiting times.

In marrying the two concepts together, we get a no-brainer of a vehicle, E-scooters. Now hold your horses we know, we’re AutoDeal, a car publication, but that doesn’t mean we can’t talk about the future of mobility and how more is not always better. Motorcycles and scooters are already commonplace here in the Metro. Even with all the registered cars on the road, motorcycles, and two wheelers in general, vastly outnumber cars in the Philippines.

So what gives? Congestion is the main driver for smaller and smaller forms of transport. It is easier to attack the gaps than be the gap itself. To top it all off, it is easier and more affordable to maintain a vehicle on two wheels and not four.

If you aren’t looking for an E-scooter, it might be time to consider one especially if you live near your workplace. More developed cities tend to be the common habitat for these small bikes because the government provisions the use of them to ease congestion and to increase productivity. In countries like Taiwan, where space is limited, these E-bikes are numerous. Charging stations are also available to the public and are readily accessible by most in order to keep the batteries charged and ready to go. Kymco is one of the pioneers from Taiwan to release scooters powered by batteries. Gogoro is another company to come out of Taiwan, and offer its mobility solutions to the public. Taiwan’s government are for these mobility solutions. They offer subsidies to all buyers, making these forms of transportation more accessible and more affordable to the masses. With the advancement of technology, these bikes can even be just as powerful as a traditional gasoline-fed motorcycle. At the same time, since these are electronically powered they release no harmful pollution into the atmosphere, making them good for reducing the amount of smog in urban areas.

Let’s make a point here, these bikes are not yet regulated by the Philippine government. However there is news about the registration on the E-bikes happening soon. Although the general framework for their acceptance has yet to be determined. With the registration and recognition these forms of transport will get, they could be seeing a potential boom in popularity especially with our motorcycle loving community. Without the charging stations here it will be a while before we see these bikes developing as a long ride companion for motorists. Instead, these vehicles will be relegated to short trips and charging at home for the meantime. Smaller electrically powered forms of transport like electric kick-scooters may not be affected by this law however, but if you want something as a backup to your car, why not? We can go on and on, but the first step is always recognition. The ever changing landscape of transportation in the Philippines will only get spurred by more manufacturers opting to further the electrification process. However, it will only go into full swing with the government on board with providing incentives to those who opt to go green with electricity. So the question that resides in our mind, with the more efficient motorcycle gaining traction with rising fuel prices, would it be a stretch to say that an e-bike would be the vehicle of choice for young commuters starting out? We don’t know and only time will tell, but getting to work would be filled with less stopping and more going considering the traffic situation in Metro Manila.