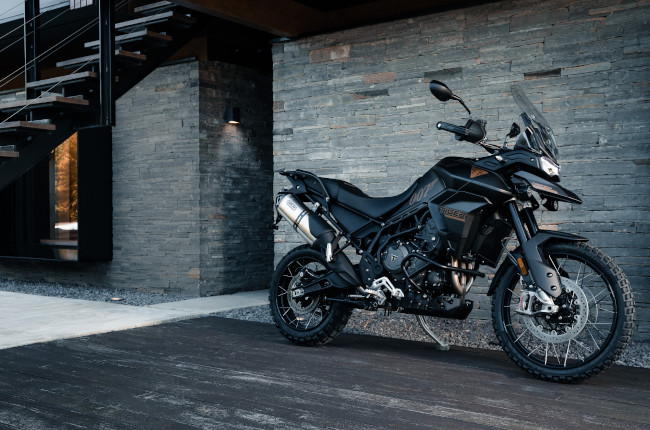 When it comes to motorcycles, you can’t really get any more British than Triumph. At the same time, movies don’t get any more British than James Bond, right? What better way to celebrate the perfect marriage of British cultural heritage than to come up with a special edition, James Bond Triumph motorcycle? Well, boy oh boy, today’s your lucky day, as Triumph has just pulled the wraps off a new, limited edition James Bond-inspired machine making use of the ultra capable Tiger 900 Rally Pro adventure bike platform.

Here are some problems veteran motorcycle riders can relate to Launched in a timely fashion to commemorate the release of the 25th James Bond film, No Time To Die, the Tiger 900 Rally Pro Bond Edition features some distinct touches which set it apart from your run-of-the-mill Tiger. Now, while the Tiger, in and of itself, is a thoroughly capable machine, the James Bond motif just puts it on a whole new level. For starters, the bike gets individual numbers and a signed certificate of authenticity. Only 250 units will ever see the light of day, and each of these bikes gets a stunning Matt Sapphire Black color scheme with iconic 007 graphics. The bike also comes with a premium, billet-machined handlebar clamp which proudly displays the bike’s unique limited edition production number. Other subtle nuances which add up to this bike’s premium look and feel include blacked-out elements all throughout the machine. The chassis, headlight housings, side panels, sump guard, pillion foot pegs, auxiliary light housing, and engine guards are all finished in a sleek, premium black finish. A nice touch which greets the rider every time the bike is fired up is a special 007 animation featured on the bike’s full-color TFT display—reminding you each and every time you get on this bike, that it truly is a limited-edition model.

“The Tiger 900 is the most confidence-inspiring bike, it allows you to really push the ride as far as you want, you can take as many liberties as you want; stand up sideways drifting in third gear, slow wheelie it, slide it Supermoto-style. I honestly think it’s one of the best bikes I’ve ever ridden, it’s fantastic.”
Lee Morrison
No Time To Die stunt coordinator 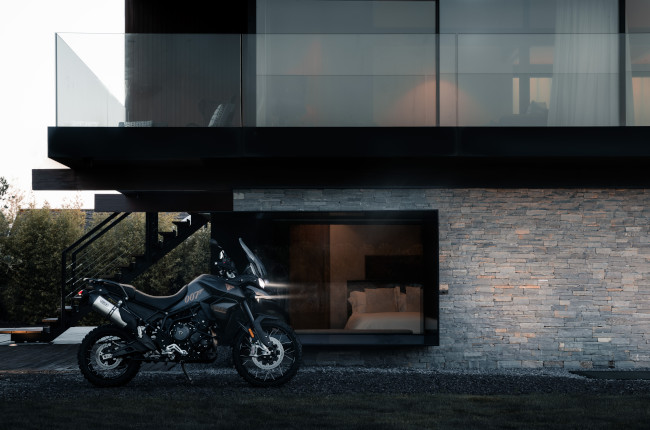 The Triumph Tiger 900 Rally Pro is as much a movie star as James Bond himself, as it figures in multiple stunt sequences in the upcoming movie. Lee Morrison, the stunt coordinator of the film, explains how versatile and confidence inspiring the motorcycle was to work with. This all lent itself to producing some truly breathtaking sequences which we can’t wait to see for ourselves once the movie hits the silver screen, or in our case, online streaming platforms.