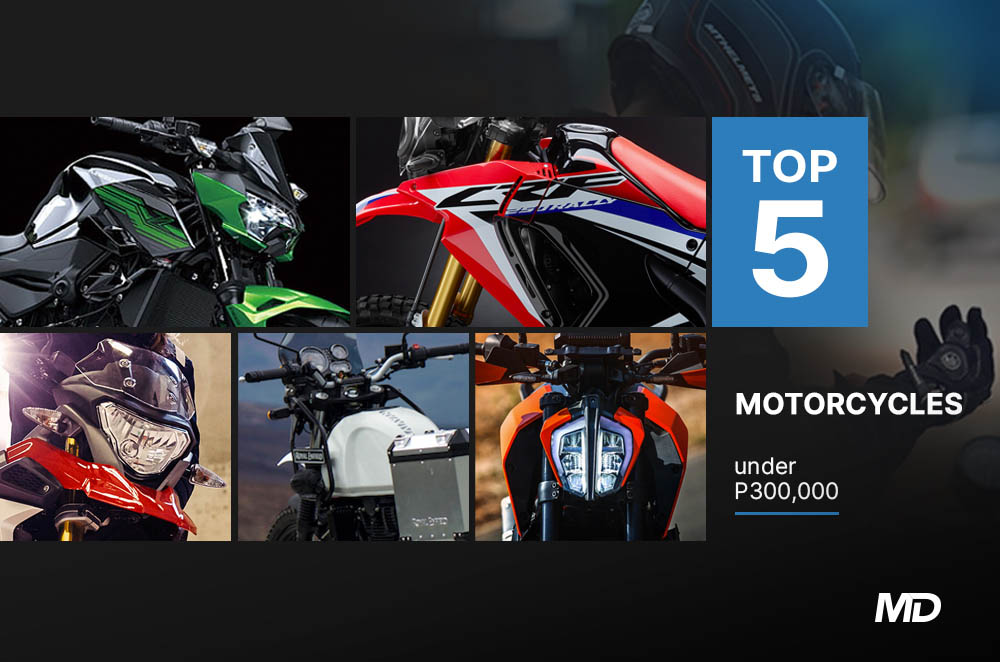 If you’re ready to let go of your scooter and step up your game into the world of motorcycling, you will be left with a slew of choices. You’ll be surprised to know what you can get with a budget of Php 300,000. There are even a few proper highway-legal motorcycles for the budget you’re buying at. 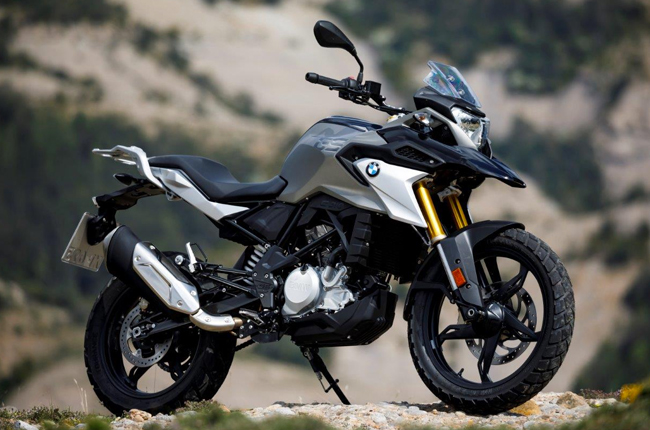 The BMW G 310 GS has the same look as its bigger sibling, the BMW R1250GS but in a much smaller package. This smaller dual-purpose adventure bike has enough ground clearance to be taken to places where the pavement stops leading to light off-road trails. It’s powered by a 313 cc water-cooled single-cylinder engine capable of churning out 34 hp and 28 Nm of torque mated to a 6-speed manual transmission. With a price tag of P300,000, you get the same BMW livery and the signature duck beak look on the front fender recognized from their bigger GS adventure motorcycles, as well as the refinement that comes with the BMW brand. 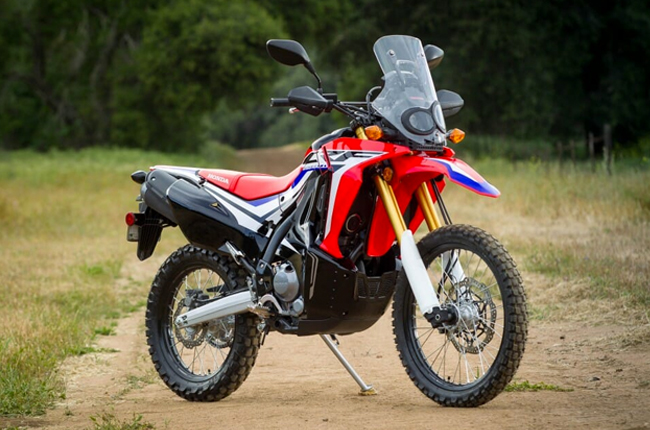 If you wanna channel your inner Ricky Brabec and imagine yourself in the desert dunes of the Dakar Rally, then the new Honda CRF250 Rally is the bike for you. It has the same look as the oversized windshield and bug-eyed headlights from the CRF 450 Rally but with a much more tamed power plant. With a 250 cc engine capable of power figures amounting to 23 hp and 21 Nm of torque, the CRF250 Rally is mated to a 6-speed manual transmission making for decent performance. This off-road motorcycle is built to be ridden hard in unpredictable terrain and yet light enough to maneuver through tight situations. With a price tag under P300,000, you get the reliability and performance on which Honda motorcycles are known for as well as that classic look of a rally going machine. 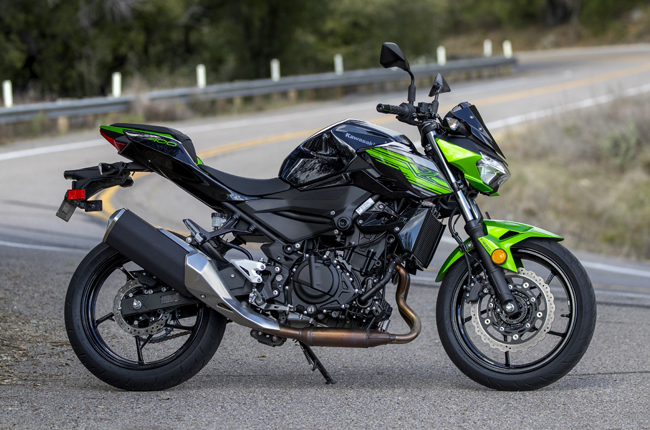 Among the big four Japanese motorcycles, Kawasaki offers the widest range of sport motorcycles and the Ninja 400 has been seeing a lot of success. However, its naked counterpart deserves just as much credit as its fully-faired sibling. The Z400 is powered by the same 399 cc liquid-cooled, 4-stroke, DOHC engine capable of putting out 45 hp and 38 Nm of torque mated to a 6-speed manual transmission. The Z400 comes standard with ABS on its front and rear disc brakes. This aggressive naked streetfighter has a more upright riding position compared to the Ninja 400 giving it a more street-oriented look and feel. It has enough power to overtake cars when the situation calls for it, and with a price just right below P300,000, you get to have a highway-legal streetfighter that’s light enough to take as a daily ride. 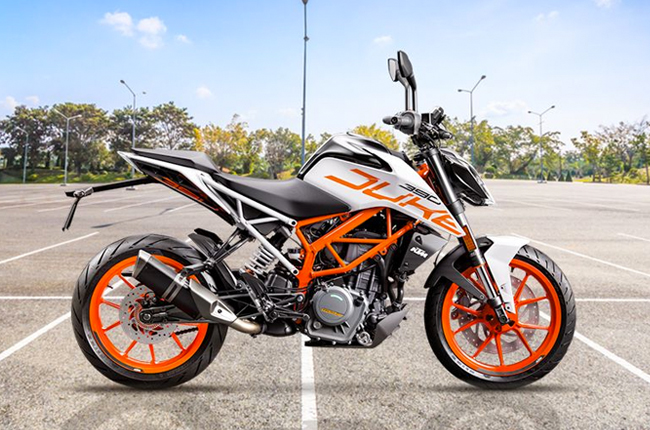 The KTM 390 Duke is the weapon of choice by pro freestyle street bike stunt rider Rok Bagaros for its torquey and responsive engine. Built with a supermoto mode which disengages the ABS intervention from the rear brakes, this allows you to practice your drifting skills around the corners if you’re up for the challenge. The 390 Duke is powered by a liquid-cooled, DOHC, four-valve, 373cc engine that makes 43 hp and 37 Nm of torque. It’s mated to a 6-speed manual transmission. With a very attractive price of only P289,000. The 390 Duke is loaded with features such as a new TFT Display, switchable riding modes, ride-by-wire throttle and slipper clutch giving you the most bang for your buck for a highway-legal motorcycle at this price point. A special mention should also be made for the KTM RC390, which is still under budget if you prefer a more aggressive, sportier stance and a more track-oriented kind of bike. 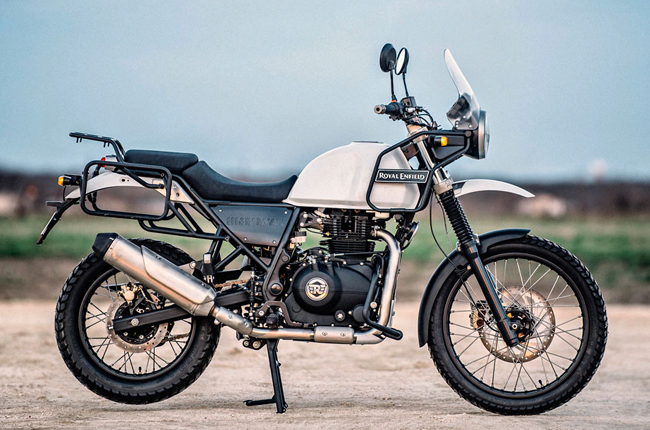 The Royal Enfield Himalayan is the marque’s first attempt to make an adventure motorcycle capable of scaling treacherous terrain heading towards the Himalayas as the name suggests. It is powered by a 411 cc air-cooled, 4-stroke SOHC engine producing 25 hp and 32 Nm of torque with a 5-speed manual transmission. With a high ground clearance, the Himalayan has already been tested and used to go up the “World’s Highest Motorable Road” in Khardung La, India. It’s built like a tank – or a gun and is designed to take a beating in the most unforgiving terrain. With a price tag starting at P299,000, you get a highway-legal adventure motorcycle with the look and charm of a classic bike.