There are two major subcategories of modern retro. On one end, you have classic replicas like Triumph's Bonneville series that serve as true homages to bikes of an era gone bye. Then there are the technologically advanced, contemporary naked bikes merely cosplaying as old souls. These throwbacks are defined by a variety of distinctive combinations of form and function, while some skew more to one side of the modern-classic divide.

However, the Kawasaki Z650RS isn't one of such instances, opting to meet riders in the center of the neo-retro intersection. Today, let's take a look at Kawasaki's most affordable entry into the neo-retro segment, and pinpoint a few things we love about the Z650RS, and why this bike should be in your list of motorcycles to consider if you're looking to buy a new classic-style machine.

It's a real looker Kawasaki often leans toward nostalgia when it comes to aesthetics. The RS is a perfect replica of its 1976 KZ650 predecessor thanks to a traditionally shaped fuel tank, an upswept tail section, and Candy Emerald Green paint. Despite its great admiration for the Golden Age of motorcycles, the 2022 Kawasaki Z650RS nevertheless has a place in the contemporary world. As a result, Kawasaki based it on the Z650, one of its most popular street bikes.

A product of modern engineering Everything from the Versys 650 adventure tourer to the Vulcan S cruiser has been powered by Team Green's 649cc parallel twin. Since its introduction in 2006, Kawasaki has gradually enhanced the nimble engine, and the most recent Z is a direct result of this development. A powerful low-to-mid-range and a crisp throttle response keep the retro-styled standard in good spirits despite the torque peaking at 48.5 lb-ft (at 6,500 rpm).

It's a barebones, easy-to-ride machine Older motorcycles didn't require the electrical gadgets that are ubiquitous in today's  market, and it appears that the Z650RS is no different. With the exception of Bosch ABS, Team Green's most recent throwback refrains from using electronic aids to mute the bike's performance.  The ride itself is equally laid-back, thanks to its neutral, upright riding position. Meanwhile, the multi-function LCD display provides useful information such gear position, range, current consumption, and coolant temperature. Overall, the analog speedometer and tachometer offer the traditional look, while being completely modern in terms of keeping the rider informed. 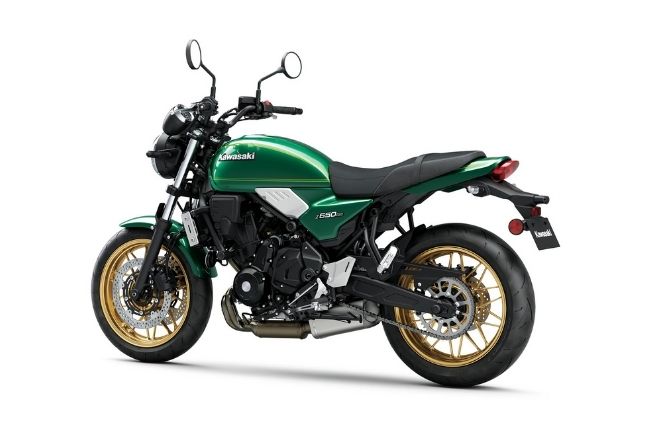 All across the globe, Kawasaki has pretty much been synonymous with reliability and dependability. Sure, their models, especially the 650 class, are often considered vanilla offerings. However, for someone looking for a motorcycle they can simply start up and get going on, this is by no means a bad thing. Kawasaki’s engines have all undergone rigorous testing, and so, too, have all the other components on the bike. In the Z650RS’ case, the 649cc parallel-twin has been around since the early 2000s, and Kawasaki has been refining and fine-tuning the engine ever since. The result is undeniably the brand’s most over-engineered piece of machinery which you can be assured is reliable and dependable. In the local market, the Kawasaki Z650RS commands a premium price when compared to the other bikes in Team Green’s 650cc model range. However, at P469,500, it’s priced pretty fairly when looked at in the context of the neo-retro segment as a whole. While the standard Z650 is still way more affordable, and arguably more loaded with technology, there’s no denying the charm and sophistication a classic-style machine with timeless styling carries along with it.