The Aprilia Tuono V4 1100 RR is one of the fastest and sportiest naked bikes in the motorcycle scene today. Not only it boasts muscular stance and good looks but it is also backed up by great engineering and outstanding performance.

Its handling and stability on track are closely acquired from the Aprilia RSV4 which won several times in the World Superbike championship. This naked bike gets from the Brembo braking system that comes with a pair of steel discs as well as M50 callipers.

Additional features include TFT instrumentation with screen page selections such as Road and Race which both come with night and day backlighting. There's also the optional V4-MP which is a new infotainment system from the brand itself that lets riders manage voice commands and answer or make phone calls through a smartphone.

Pushing the Tuono V4 1100 RR to its limit is a 1,077cc liquid-cooled, longitudinal 65 degrees, DOHC gasoline engine that can churn out a maximum output of 175 hp and 121 Nm of torque. This powerful mill is then connected to a 6-speed cassette type gearbox with Aprilia Quick Shift (AQS) electronic system. 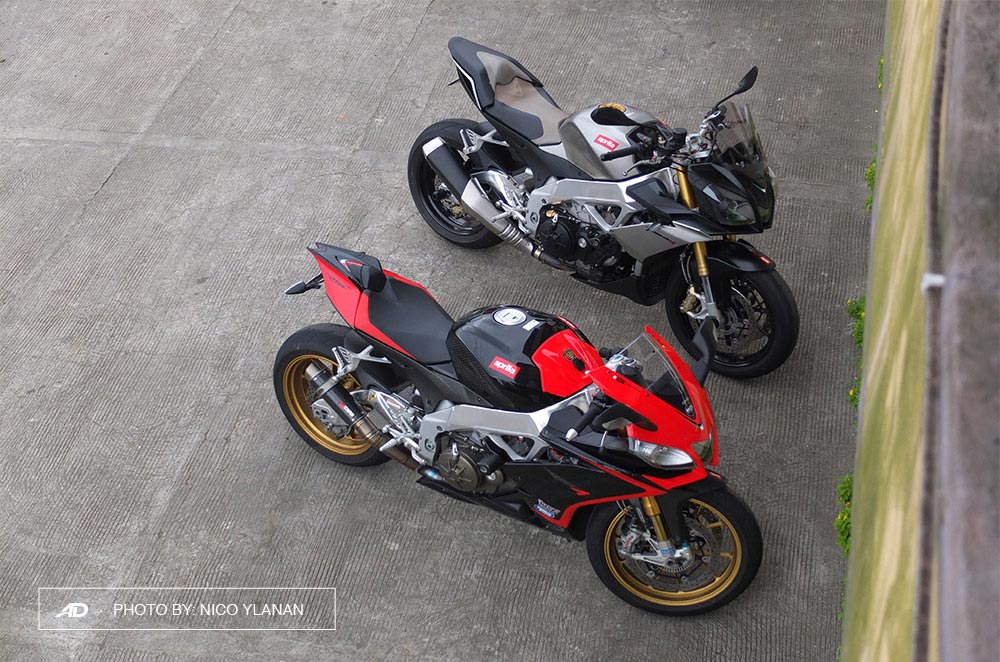 Contact Dealer
Price On Request
Get the Best Deal